The notion of "European creativity" is based on a shared imagination, rich in stories interwoven throughout history to this day, but also on a foundation of values - solidarity, humanism, respect for our differences - that we share.

It is to honour this notion that the Institut français sought to encourage the French cultural network in Europe to seize on the occasion of the French Presidency of the Council of the European Union (FPEU) by launching a dedicated call for projects which has led to 30 projects in 18 countries being supported: exhibitions, meetings, debates and competitions illustrate very current European themes such as sustainable development, the promotion of multilingualism or even issues of inclusion and gender equality.

The projects presented are all supported by the Institut français as part of the "European Creativity" call for proposals launched on the occasion of the French Presidency of the Council of the European Union (FPEU) in the first half of 2022. A programme has been published for the occasion to accompany local programming.

In association with the French collective Fêtart, the Institut français of Germany is organising a travelling exhibition of works by young European photographers whose work aims to promote awareness of nature and climate.

From 4 to 8 April 2022, the French Embassy in Austria and the Institut français of Vienna, with support from major economic stakeholders, organised the European Green Days in Vienna around 3 main themes: passing on biodiversity to build a green Europe; negotiating marine biodiversity: the future of the oceans; green finance: how to channel savings towards financing the green transition? Challenges and solutions.

From 9 May to 28 August 2022, the French Embassy in the Czech Republic and the Institut français of Prague, in partnership with eleven European cultural centres members of EUNIC Prague and the company Veolia, present "NATURE FUTURE - young European photography" under the French curatorship of Collectif Fetart.

The project aims to initiate ICC workshops and debates for the ecosystem, mobilising French and European speakers to exchange best practices and allow a better understanding of the film, music, video game and visual arts markets.

The objective of these study days is to draw up a real panorama and to produce an exchange of expertise between industry players, creators and future fashion designers in order to initiate a Franco-Belgian dialogue on innovation.

As part of its ICC action plan, the French Embassy in Belgium is supporting the attendance of French designers and professionals at Design Fest Gent, a new festival that presents innovative ideas while focusing on sustainability in all its facets, creativity and networking.

The Institut français of Spain and its branches in Seville, Zaragoza and Bilbao are proposing a series of events aimed at highlighting the place of women in the visual arts and the music industry. 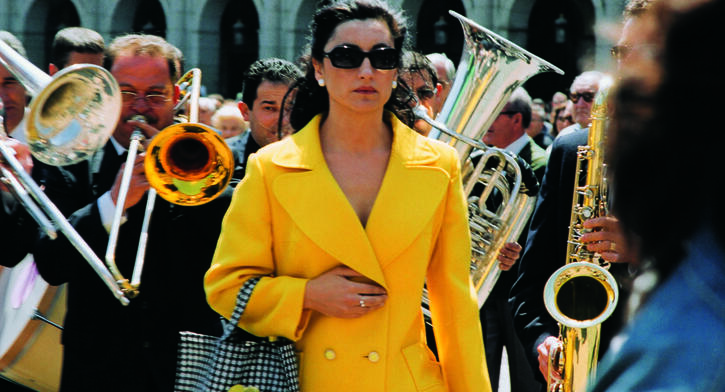 Click to read the portrait of the Spanish artist Pilar Albarracín, who participated in the event "Art and culture: women in the spotlight" in Sevilla.

On 9 and 10 May 2022, IF Romania is organising a large forum over two days in a hybrid format around the major themes of: Europe and citizenship, sustainable development, inclusive schooling, intelligent and reasonable use of digital technology, well-being at school.

On Saturday 23 April 2022, on the occasion of the Night of Culture (Kulturnatt), the Institut français of Sweden proposed a journey to the heart of the digital world with the programme Cyber Dreams // Glowing Trip. 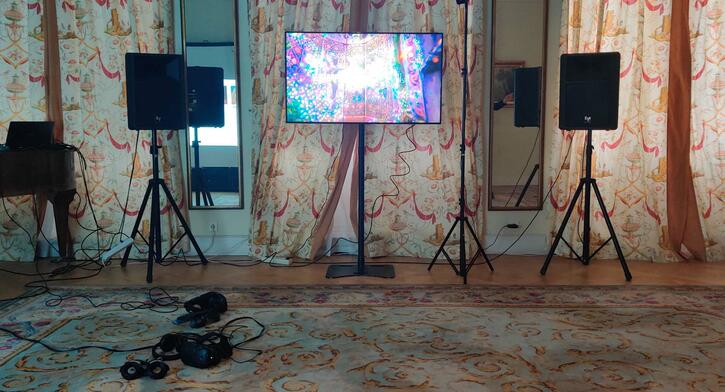 From 9 to 13 May 2022, the Institut français of Poland and the Stowarzyszenie Nowe Horyzonty Edukacji Filmowej association invite teachers and students to free screenings, using the European Film Factory platform, of 11 European heritage films at the Muranów cinema in Warsaw and the Kino Nowe Horyzonty in Wrocław.

Institut français of Spain - How to promote the circulation of creators, ideas and works?

The Institut français of Spain is organising two professional days, meetings and a study trip on the issues of multilingualism, translation and the circulation of literary works, bringing together professionals representing the entire Portuguese, Spanish and French publishing chain.

Institut français of Denmark - The Europe of languages: multilingualism and creativity in schools

From 10 March to 12 May 2022, the Instituts français of Denmark, Norway, Sweden, Finland and Estonia are joining forces to celebrate multilingualism through a series of events: French enters into dialogue with other European living languages.

The Institut français of Croatia, in partnership with other European institutes and representations in Croatia, invites pupils and students from Croatia to present a music video for an original song composed in one of the following European foreign languages: French, German, Italian, Slovenian, or Portuguese.

The Instituts français of Denmark, Estonia, Finland, Norway and Sweden are organising a multilingual video competition on the theme of "Getting out of your house".

The project uses the Climate Fresk, an interactive workshop to raise awareness of climate change issues with a French-speaking component and a component in other European languages.

Institut français of Sweden - Multilingualism and openness to Europe in Sweden

From 25 April to 11 May 2022, the Institut français of Sweden is present in 11 Swedish cities to communicate on studying in France in the European context, learning a second language as an asset for employment in Europe, and French culture within Europe.

A conference will be held on 12 May on the challenges of multilingualism in Europe.

During the first half of 2022, the Institut français of Germany is offering a series of literary dialogues with authors and translators from the various EU member states. The project is based on a book coordinated by Olivier Guez, entitled "Le Grand Tour", which brings together the contributions of 27 authors from each of the EU countries, each of whom has written about a place evocative of European culture and history.

On 9 and 10 June, the Institut français of Bulgaria will propose a regional and European Forum to redirect European interest towards a contested part of European architecture and to contribute to the feeling of belonging to the common European space.

The Institut français of Cyprus, in collaboration with EUNIC, presents a travelling open-air photographic exhibition with the aim of promoting the dynamics of modern and contemporary architectural heritage in Europe.

Portavoz Europa is an educational and cultural project that aims to promote multilingualism and cultural diversity by giving a voice to young Europeans from Spain, Italy, Portugal and the Czech Republic. This competition is aimed at French students aged 14 and over and focuses on the theme "Building Europe".

To mark the FPEU, the Institut français of Finland has assembled young European talent for a unique classical concert. 27 young musicians from the 27 countries of the European Union combined their talents to perform the finale of "Carnival of the Animals", by French composer Camille Saint-Saëns.

From 29 September to 1 October 2022, the European Festival of the First Novel will take place in the framework of the Budapest International Book Festival. It will bring together European authors of début novels, including French authors Alain Mascaro (Prix Première Plume and Talents Cultura 2021) and Stéphane Malandrin (Prix Goncourt du premier romain in 2019). Workshops, meetings between authors and students and round tables will take place over three days at Millenáris in Budapest.

Organised on 5 February 2022 and dedicated to a Generation Z that is omnipresent in discourse but largely ignored, European Lab Budapest x Sphera aimed to put this committed youth population centre stage, at the forefront of many fights, in Hungary and in the whole of Europe, especially in the East of the continent.

Find out more about European Lab

In partnership with the Institut français of Latvia, the Museum of Decorative Arts and Design of Riga presents the VETEMENTS MODELES exhibition, co-produced with the MUCEM of Marseille. This exhibition retraces the history, production and consumption techniques, uses and representations of clothing in Europe, with content from the Latvian national collections.

The Alliance Française of Amsterdam is launching the first edition of the Utopies Festival in the spring of 2022, focusing on Francophone and European cultures. The programme includes concerts, debates, documentary screenings and meetings, as well as workshops for young people.

Institut français of the Netherlands - A mirror for Europe: beyond kitsch

The Institut français of the Netherlands is organising a major series of events on 11, 14 and 19 May 2022 entitled "A mirror for Europe".

From 9 June 2022, the National Gallery in Prague, with the support of the Institut français of Prague, is hosting an edition of the Centre Pompidou's multidisciplinary festival 'MOVE'. Launched in 2017, Move is at the intersection of dance, performance and the moving image, creating a space and a time for reflection articulating contemporary corporealities and societal issues.

The Institut français of Austria, in collaboration with several local stakeholders, is organising a closing concert for the FPEU on 19 May 2022 in Vienna. The ambition of this concert is to present a new work, created on the theme of "EU-Africa" relations, at the crossroads of European and African musical cultures.

A literary evening based on Slavic and European culture and a concert by the musician Iness Mezell will be held as part of the World Music Festival in Bratislava.

Discover the film "Union" by Alexandre Humbert, produced by the Institut français within the framework of the FPEU
The programme for the Cinémas du Monde Pavilion
See all close-ups
L'institut français, LAB
Grenouilles
Surprise me