The 2020 Porte Dorée Literary Prize has been awarded to Mehdi Charef for Rue des pâquerettes, published in January 2019 by Éditions Hors d’atteinte. The prize is awarded every year for a text written in French on the theme of exile, immigration, multiple identities or otherness bound up in the realities of migration.

Nedim Gürsel, who chairs the jury, praised Rue des Pâquerettes as “a very moving text. The writing has a certain transparency, a lack of ostentation which chimes with the reader. [...] An Algerian child talks about his journey and his relationship with his parents, but in the surprising setting of a Nanterre slum.”

Rue des Pâquerettes recounts the author’s arrival in France, in 1962, at the bidonville on rue des Pâquerettes. Young Mehdi, his brothers, sisters and mother arrive straight from the region of Tlemcen to join the children’s father, who has been working in France for several years and living in a makeshift shack in an almost entirely Algerian environment. At all of ten years old, Mehdi observes and comments on his surroundings with acuity, intelligence and at times even humour. 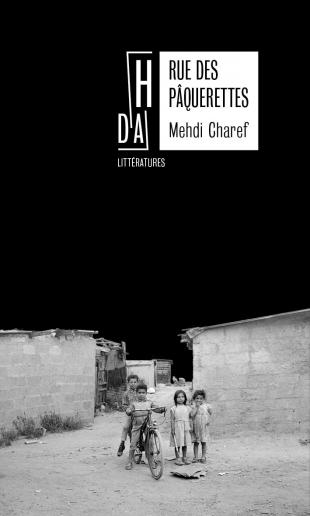 The Institut français is a partner of the National Museum of the History of Immigration. For the last four years, it has supported the Porte Dorée Literary Prize as a member of the selection jury and continues to promote the Museum’s exhibitions across the French cultural network abroad.