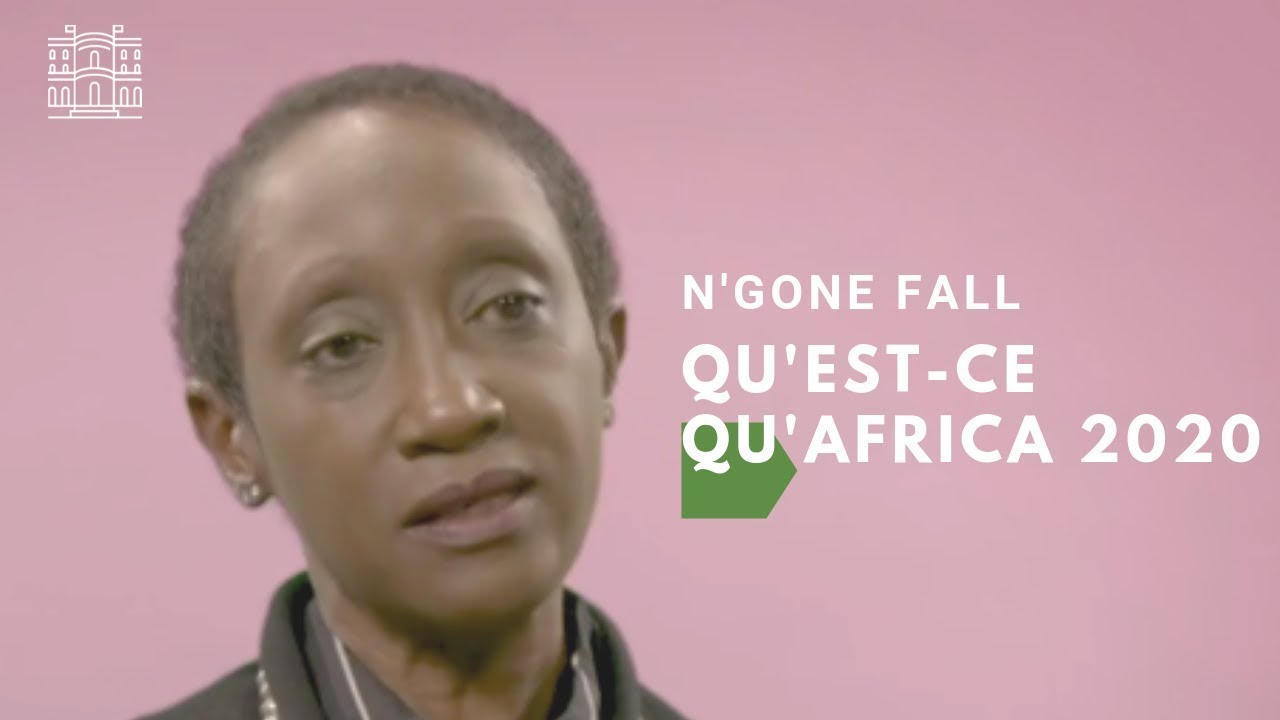 "I consider that Africa is simply the central, global, essential continent because it is here that all the contemporary challenges collide. It is in Africa that a part of the tipping of the world will be played." Emmanuel Macron, 28th of November 2017, Ouagadougou.

Africa2020 is a pan-African and multidisciplinary project focusing on innovation in the arts, sciences, technology, entrepreneurship and the economy. Education will be a cross-cutting issue for the sharing and transmission of knowledge. This unprecedented Season will promote mobility, showcase women in all sectors of activity and target young people as a priority. Africa2020's ambition is to create a global emancipation movement through a sustainable commitment built around the values of citizenship. 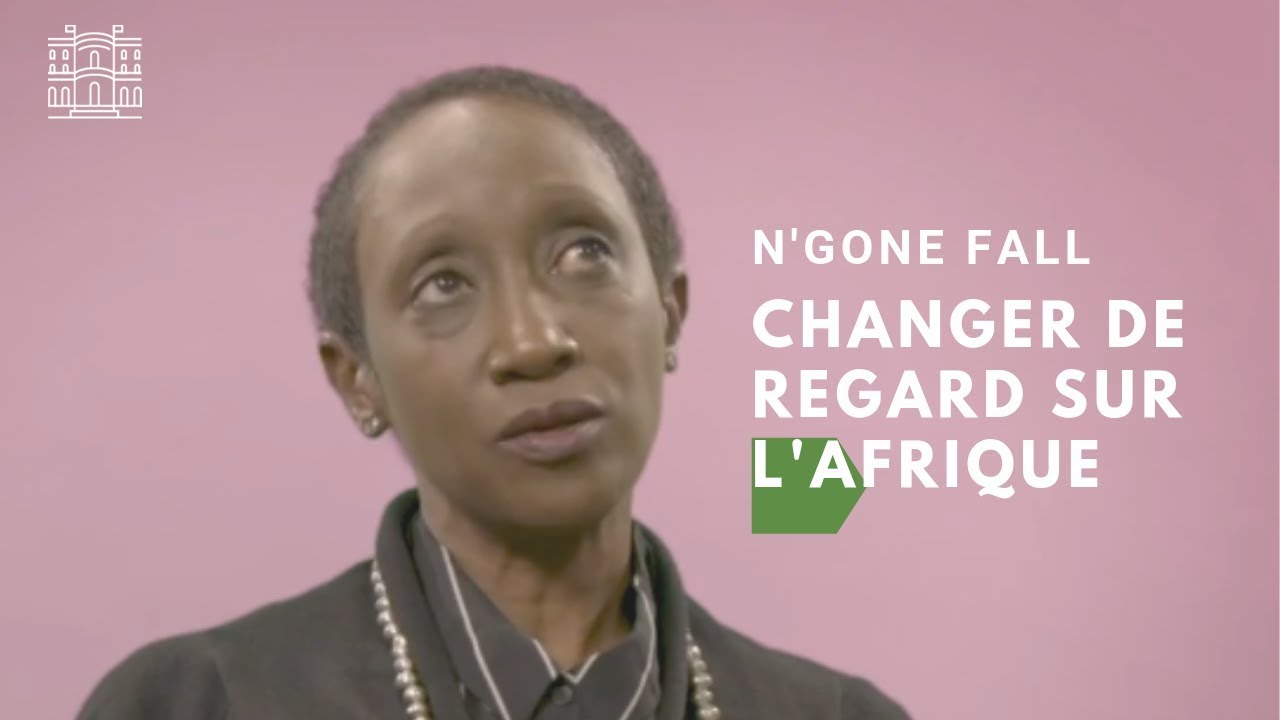 Changing the perception of the African continent 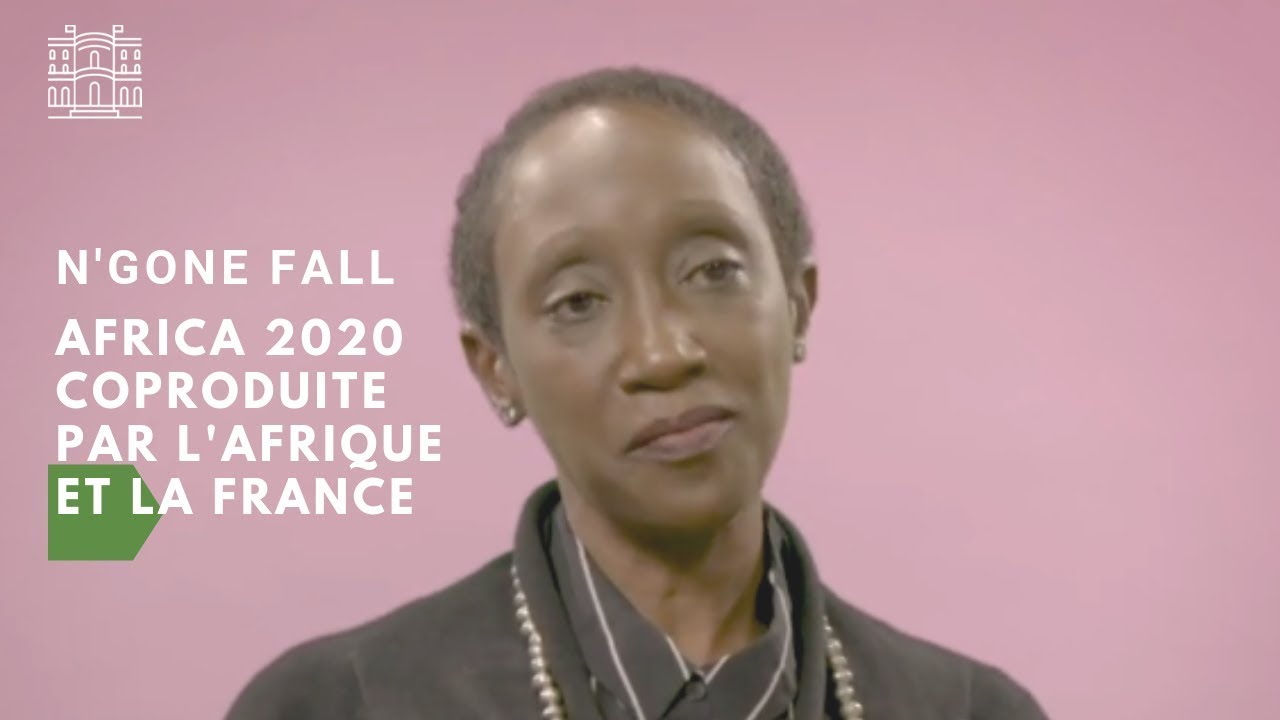 A season built by African professionals in partnership with French institutions.

Presentation of the 5 themes of the Africa2020 season

This Season is a platform for sharing questions about the state of contemporary societies which, beyond Africa, are in resonance with France and the rest of the world.

Topic titles have been purposely defined in the spirit of fluid partitions sparking the imagination. 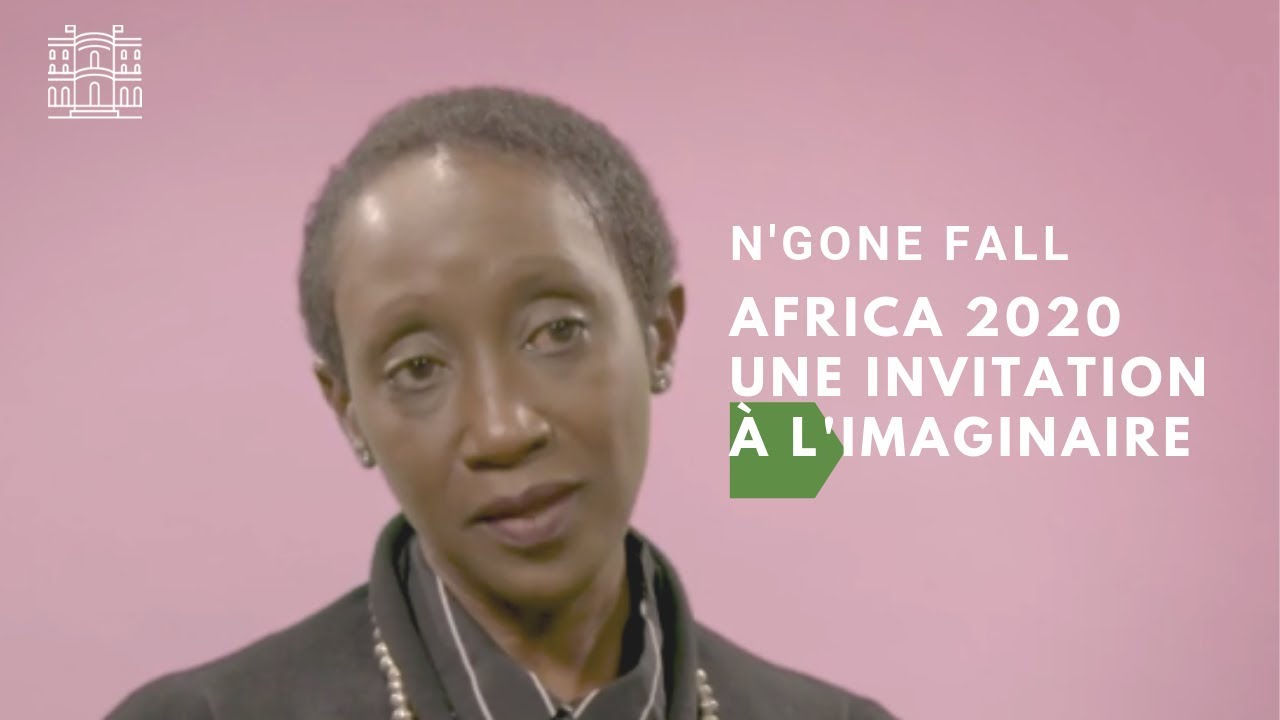 For centuries, Africa has been using visual, oral and written material and immaterial forms to convey ideas, knowledge and understanding. From the hieroglyphics of ancient Egypt to the Guèze alphabet *[1], the stories of the Mandé griots *[2], the symbolism of the Akan weights *[3] used to value gold in the 13th century, and on to the rhythmic codes of the drums or Kebra Nagast *[4], examples abound.

What does orality mean in the 21st century? Television, radio, cinema and music, for instance, are traditional vehicles for the oral dissemination of knowledge, stories or moral tales. Today, they share that role with new mediums born of digital innovation: smartphones, the internet, Twitter, Instagram, and all the applications that convey ideas through emoticons.

*[3] The figurative and non-figurative Akan weights (from present-day Côte d'Ivoire and Ghana) used for gold served not only a primary function as a weighing system, but also as an alphabet and for proverbs and sayings.

*[4] The book The Glory of the Kings (early 14th century), a collection of Ethiopian folk legends, and Biblical, Talmudic, and Quranic traditions, is an epic narrative founder of the Ethiopian Empire.

In many African countries, the redistribution of resources is not the work of the States: one salary can sustain more than ten people. In some countries, couldn't the so-called informal economy, which accounts for more than half of the national economy, rise to the status of an official economy? People in border cities have long transcended the foreign exchange systems established between Western currencies, using equivalence systems that sometimes go back to the Middle Ages. Money transfers from African expatriates to Africa amounted to over $60 billion in 2016. By using through-roads such as Hawala*[5], Western Union, MoneyGram, and Orange Money, these transfers call into question the relevance of bank financial flows. Thanks to family and corporate solidarity networks, economic emancipation is not always a myth. In this year,2018, some African countries (Ghana, Ethiopia, Côte d'Ivoire, Djibouti, Senegal abd Tanzania) will grow by between 6.8% and 8%. Infrastructures, the rural world, the unemployed, politicians, businesspeople, multinationals... who will benefit from this expected prosperity?

Meanwhile, in France and the West, the phenomenon of “crowdfunding” is gaining momentum on the internet and social media.

*[5] A money transfer system born in the Middle Ages (the Silk Road, the caravan routes of the Sahel).

How do our personal, family, national, regional, and continental stories relate to the history of the world? Through which lenses is history portrayed and what vehicles are used to convey it? Is history seen through the winner’s eyes the only valid version? In this age of social media and whistle-blowers, there are ever more roles and responsibilities, and shocking headline stories often drown out perspective and weighted analysis. How is memory passed on and for what purposes? Have we really learned from the errors of the past? Isn't memory sometimes weaponised to serve populist intentions and stoke hatred? Who archives what, in the name of whom, and for what purpose? Who decides what is important and what is anecdotal? What do we do with our personal records? What will the billions of audio and text messages, e-mails, social media accounts and websites say about the state of humanity in the 21st century?

Historians are not the only ones taking an interest in these questions, echoing with existential overtones.

Human beings have been moving around with their values since the dawn of humanity. If walls and mandatory visas can slow down physical travel, they will never be able to stem the flow of ideas.

A flight from Conakry to Brussels (6,368 km) costs less than one from Conakry to Lagos (2,790 km). To get from Dakar to Luanda, a flight via Portugal takes 15 hours and 30 minutes, while a flight with two stopovers on the continent takes 19 hours and 40 minutes. Across the 54 countries on the continent, the number of countries requiring a visa before departure varies: 4 for a French national and about 35 for a Kenyan. Travelling at one's leisure depends not only on purchasing power, but also on nationality. This may explain the rise of virtual travel and cyber communities around the world.

The largest African refugee camps are not in Italy, France or Libya. They are in Kenya, Uganda, Tanzania, South Sudan and Ethiopia. The sixteen countries of the Economic Community of West African States, which have been using the same passport since 2000, voted in 2016 in favour of replacing all national identity cards with a single regional identity card. This decision will affect more than 380 million people over an area of more than 5 million sq. km. What will this mean for the concepts of nation, border and identity? Is West Africa reconstructing the boundaries of West African kingdoms and empires as they were in the Middle Ages, thumbing its nose at the borders inherited following the 1885 Berlin Conference? Is it attempting, based on the region’s history, to strengthen a sense of transnational belonging in a global context where many countries prefer to turn inward and embrace nationalism?

Strikes, demonstrations, boycotts, occupations of public space, militancy, activism: at what point in life do people decide to get involved in a citizens’ movement or political party? What are the different ways in which people engage with politics? Does resistance necessarily entail collective or violent action? Do passive resistance and civil disobedience really produce the expected effects? Should personal interests be sacrificed for the benefit of the collective interest? In a global context in which freedom of movement and expression are being undermined, where identity-based and xenophobic crises are multiplying, where populist political parties are gaining ground, and where “everyone-for-themselves” is becoming commonplace, how are individual and collective consciences based on a principle of otherness and solidarity being built? Is disobedience the response of a people who aspire to emancipation through a citizens' revolution?

Artists, curators and intellectuals have been tirelessly exploring these issues for decades. 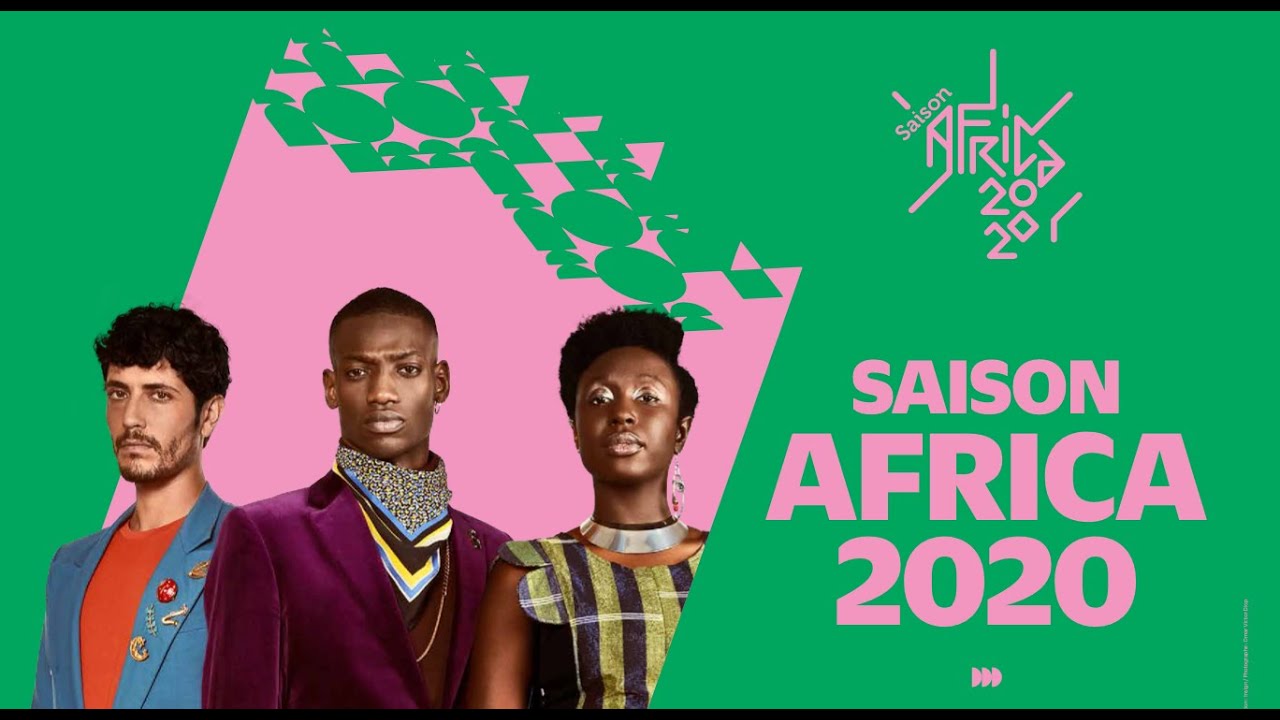 Born in 1967 in Dakar, N'Goné Fall is a curator and cultural policies specialist.

African sectoral experts are specialised professionals, with a pan-African network and proven experience in their field of activity. Their role is to support the General Commission of Africa2020 in order to put African professionals in contact with French institutions that are partners to the Season, in application of the principle of the co-construction of projects. They play the role of network heads, with good connections in Africa and its diaspora, and very good knowledge of contexts, actors and practices. The African sectoral experts are all members of the programming committee. 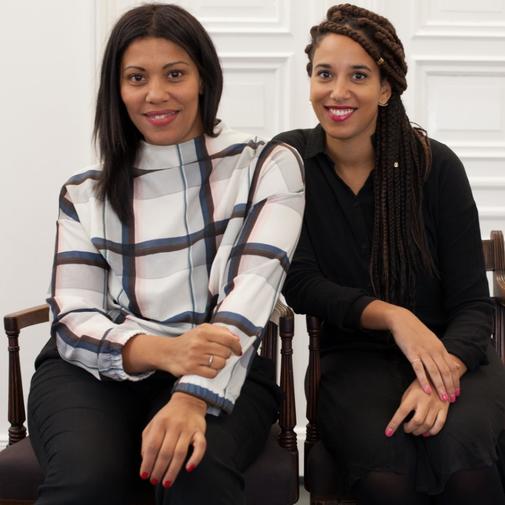 Citation
With their magazine Contemporary And, they broadcast contemporary art news in Africa, Latin America and the Caribbean.
Read the portrait of Julia Grosse and Yvette Mutumba
Image
Image 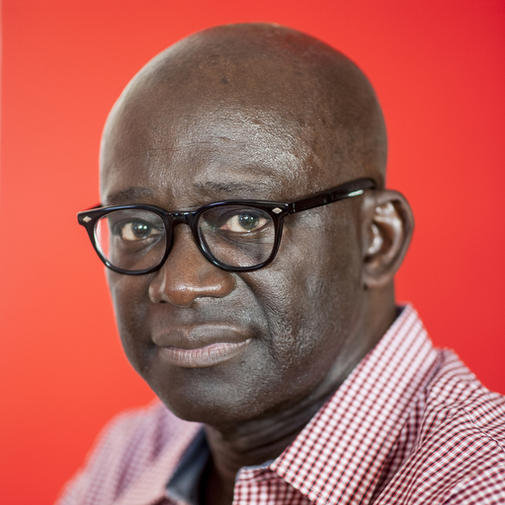 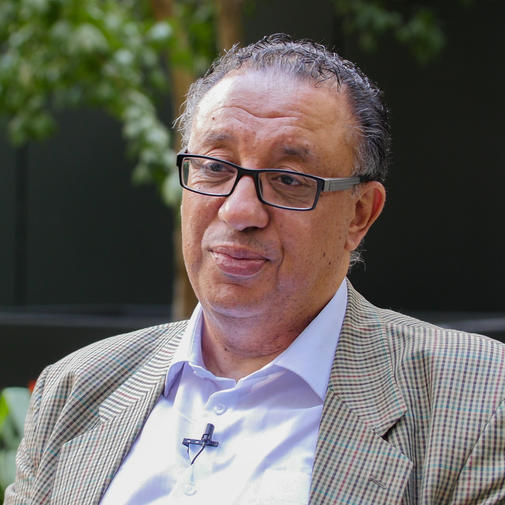 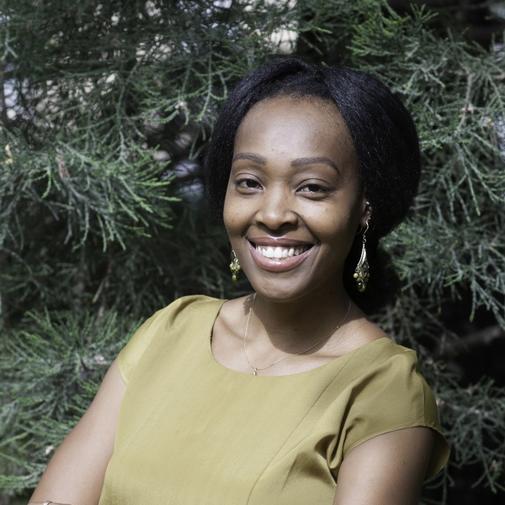 Citation
With her Nexakili platform, Yvonne Mburu brings together African actors from the world of health, whether they live on the continent or are from the African diaspora.
Read the portrait of Yvonne Mburu
Image
Image 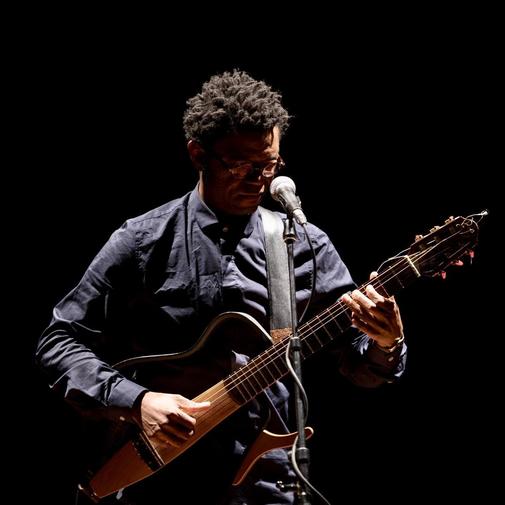 Citation
A musicologist specialised in revolutionary songs, he is the co-founder of the “Pan African Space Station” radio platform.
Read the portrait of Neo Muyanga
The Advisory Committee
Image
© DR

Chairman of the Advisory Committee

Coordinator of the Presidential Council for Africa

Association of Mayors of French Cities and Suburbs

The Cité Internationale des Arts opens its workshops to the public
The best of French contemporary dance visits the UK
See all close-ups
L'institut français, LAB
Grenouilles
Surprise me