While Brazilian filmmakers Caetano Gotardo and Marco Dutra have been working together for over 21 years, they just presented their first co-directed feature, Todos os Mortos, at the 2020 Berlinale. They tell us about the state of Brazilian cinema, their connection to France, and their taking part in the filmmaking lab, La Fabrique Cinéma.

You have worked together in the past, but Todos os Mortos is your first co-direction of a feature film. What is special about this project?

Marco Dutra: We became friends when we met at the University of São Paulo Film School in 1999, and have been working together ever since. This is our first co-directed feature, but we’ve done a number of projects together – for instance, I composed the music for Caetano’s first feature, The Moving Creatures in 2012, and he edited Good Manners, which I directed with our other friend from film school, Juliana Rojas, in 2017. We directed a play together just before getting to work on the movie – a rendition of Federico García Lorca’s Blood Wedding that combines film and theatre. The idea was to establish a dialogue between the Carlos Saura film (1981), and our interpretation of the original play. That got us even more excited about working together on Todos.

What was the original spark that led to writing the screenplay?

Caetano Gotardo: We wanted to look back to a moment in Brazilian history – the end of slavery and the establishment of the Republic – and how the things that were implemented at the time led us to where we are today: a political system that rules mainly for the elite and that is not able to solve the social gap.

Our desire to make a period piece was not due to some fascination with costumes or horses or old buildings: we wanted to tell a part of the history of our country that brought us where we are today.

What was it like to direct your first feature film together?

CG: Our dynamic did not change that much, because we have worked together in one way or another since we met. We have shared so many moments together that our ways of thinking about cinema are pretty in sync. We have different tastes but we introduced each other to lots of stuff. We already knew how things would work. We discovered in the process that we really know how to work together, and that was the most important thing.

MD: We didn’t split duties, we both worked with the actors, the director of  photography, and the rest of the crew. We decided on everything together and the relationship that was built over time came handy during shooting: we would review a take and almost did not have to speak to each other, we just understood what to change about it. It really happened in an organic way. Caetano had also directed two feature films of his own, but what is special about this one is that it is our first period film. That was a challenge because our desire to make a period piece was not due to some fascination with costumes or horses or old buildings: we wanted to tell a part of the history of our country that brought us where we are today. We wanted to investigate and challenge our own expectations of what a period film should be like. The idea was to cast a critical eye on period films, without being terribly precise with the reconstitution of every little detail.

You participated in La Fabrique Cinéma in Cannes in 2014. Was this a milestone for the film ?

C. G. : Over the last few years we became connected to a web of labs and production workshops all over the world. We knew about La Fabrique Cinéma, and found it very interesting. Then, our project was selected for the Cinéfondation’s La Résidence programme. I lived in Paris for four and half months, developing the screenplay, and Marco also joined me there for a while. Our film was the first to be included in both programs, so it was interesting because they complemented each other very well, and we went to Cannes together. The basic idea with the Cinéfondation residence is that they let you develop your screenplay freely, while putting you in contact with producers to introduce and pitch your project to markets. And with La Fabrique Cinéma, the contact with possible co-producers, distributors and curators is even wider.

M. D. : Cannes was a big deal for the project. Our Brazilian producers – Sara Silveira and Maria Ionescu – are very interested in doing co-productions with other countries. They have got their fingers on the pulse of markets and on how they can bring to bear films that would be hard to finance solely in Brazil. They have a very good relationship with France. One of our previous films, Good Manners, was already a co-production with the same French company that was our partner in Todos os Mortos, Clément Duboin and Florence Cohen’s Good Fortune Films. Something else that came out of La Fabrique Cinéma was that our mentor that year was Brazilian. We did not know Walter Salles personally beforehand, so it was good to discuss the film with him alongside other producers from around the world. Plus, I met my husband, John Trengove, who was also there developing his own project, The Wound (Les Initiés)! 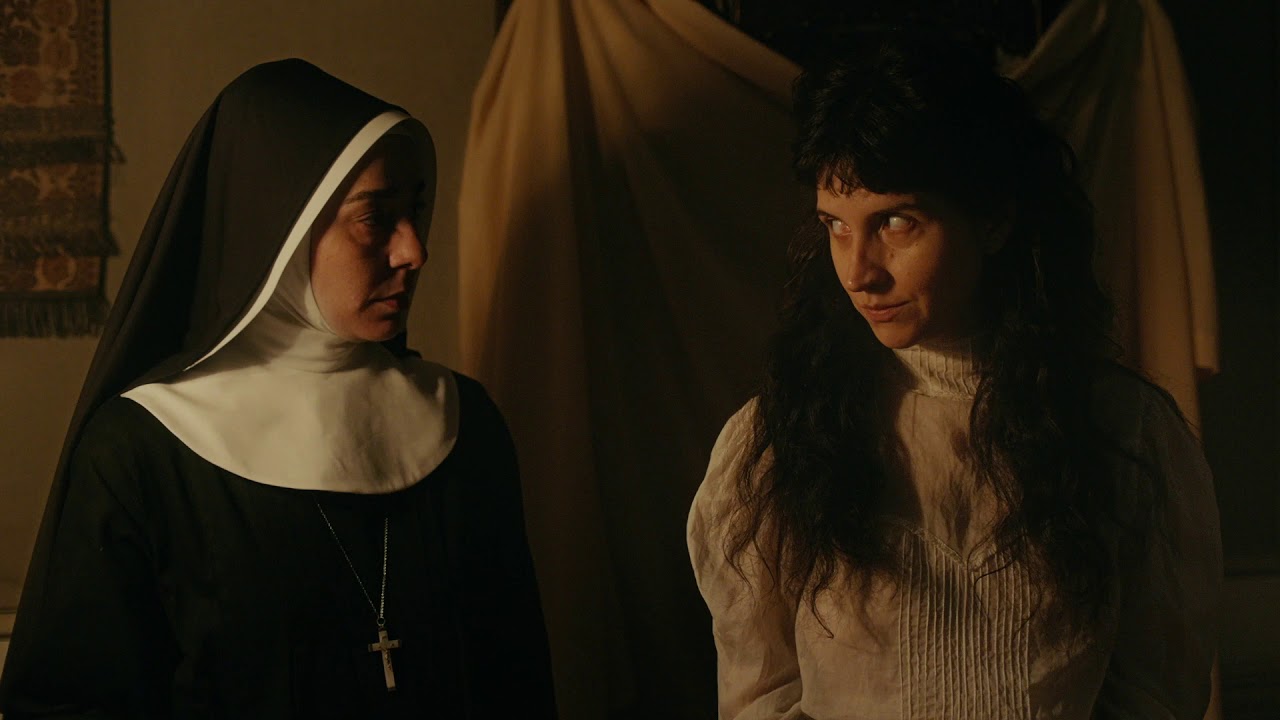 Todos os Mortos (All the Dead Ones) - trailer

The film was programmed at the 2020 Berlinale. What was it like?

C. G. : Our film being in Berlin was part of a bigger picture: there were 19 Brazilian films there across all categories. In Rotterdam, just a month before, there were plenty as well, and then the year before, there was Bacurau in competition in Cannes, and Invisible Life winning Un Certain Regard, so Brazilian cinema has been flying high in the last few years. Going to Berlin was a pretty good deal for us, but it was also beautiful to see our participation as being part of a whole, a big thing that is happening with Brazilian cinema.

M. D. : The 19 films that were there were from a very effective system of production that was strong before the current government came into power. People in Berlin were asking us if we felt like the momentum was still gaining and that we would have, say, 25 films in the festival next year, but we simply don’t know…

C. G. : There are still films currently in production with funding that was secured some years ago, so hopefully we will have films being released later this year and next year. But from next year onwards we still do not know what is going to happen locally concerning our cinema production.

Do you have any projects in store?

C. G. : I am currently editing a film I shot on my phone, material that I have been accumulating for over a year, and now I am taking advantage of being in quarantine to edit it. Also, my husband, filmmaker Gustavo Vinagre, is making a quarantine film that I am acting in.

M. D. : I am writing an as-yet-untitled ghost story with Juliana Rojas, and another one that I was commissioned to write at the beginning of the year, based on a beautiful Brazilian novel, Bury Your Dead. With Caetano we are also developing an idea based on songs we have been composing since 2001— I write the melodies and he writes the lyrics. We are playing with the idea of a musical about a character called Ana that takes place on a boat, and it has been very exciting so far. Added to that, me and Caetano are now in post-production of a horror series we created called Noturnos. It is quite a crazy and fun six-episode roller coaster ride!

Todos os Mortos by Caetano Gotardo and Marco Dutra benefited from the support of La Fabrique Cinema in 2014. This programme promotes the emergence of young creation from Southern countries on the international market. Find out more about La Fabrique Cinéma programme