My objective is to analyse stories, details and information behind images

A Swedish artist born in 1983, Carl-Oskar Linné has pursued concepts of place and identity in a number of recent works. He also has been examining the growing European housing crisis amidst changing economic infrastructures, notably during his Cité internationale des arts residency in Paris which started in October 2019.

When did you know you were an artist?

I am still not sure that I have become a “real artist". Does that even happen? But after years of rather disparate studies like engineering, musicology, history of ideas and visual communication, I became obsessed with photography. After a first group exhibition back home in 2007, I promptly left my day job and moved to Paris and started calling myself a photographer. I worked for the magazine GogoParis covering openings, and within six months, fortunately stumbled into my very first solo show. I have at least called myself an artist ever since.

What is the photographic medium to you?

Making photographic images is truly fundamental, always beginning the same way: I simply go to a place and spend time there. I esteem the Düsseldorf school — Becher, Höfer, Gursky, Ruff and so on – with their deadpan aesthetic. Their conscious approach had the photographer trying to remove the self from the photograph, inevitably giving the opposite effect. It has led me to try to break down the photograph into texts and objects, with an objective to analyse stories, details and information behind the images; things often invisible in pictures. Artists like Christopher Williams, Jenny Holzer and Trevor Paglen are crucial to my understanding of the photographic medium.

You’ve been regularily working with Marius Moldvær, a Norwegian artist you met in art school…

We met in 2010 and first worked on a project entitled "Real World or Places That Don't Exist". Together we visited, photographed, and wrote about the NATO headquarters, Marie Antoinette's Hameau de la Reine in the Versailles garden, the National Archive in Oslo, and the second-ever gay pub night at a bar in Gibraltar. To us all these were non-places, almost a byproduct of relations to local cultural phenomena, personal experiences and power structures. The series of photographs became a book that contained nine chapters one for each photo, weaving fiction and facts.

Signs seem to be important in your works…

I have realised that most of my works actually take the shape of signs! Whether I make an engraved iron ore block, a digital billboard, text on a graphical poster, info screen TV or just video or photographs, signs are incredibly effective means of convincing someone of your message… Perhaps because humans are taught to read and follow them?

I have realised that most of my works actually take the shape of signs.
Image 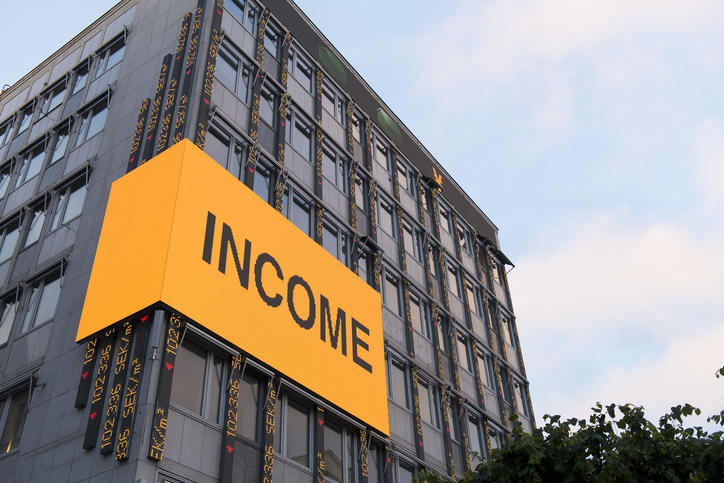 What are you most proud of in your work?

At my residency in Norway in 2018, I zeroed my attention on an upcoming political process. 428 municipalities were becoming 354 in a large effectivisation state reform, and I found myself in a municipality about to merge with its neighbor. But the process had halted because the towns could not agree on a new name. I phoned around to ask about the process, then interviewed, filmed and photographed the surrounding region. The main work, a film, featured the mayors of two towns giving their viewpoints on the naming issue, that turned out to be quite incompatible. If this side by side struggle proved so severe, what is the future of larger democratic projects?

My struggle with the critical and negative aspects of this work changed when I chose to introduce a musical element. I played the mayors a song to title the project: “Just the Two of Us”. It became rather funny, and most importantly, I think it gave this quite serious issue of centralisation and the perception of politics and democracy a sorely needed warm feeling. I apply this type of formula to the other works, to go in a simpler and lighter direction.

How has topic of housing realities in poverty become important?

My family and I moved a lot during my childhood because we were poor and could not afford to keep our home. I had the opportunity to live in some radically different neighbourhoods, which probably explains some of my work today.

Yet there is a refusal to acknowledge that poverty exists in Sweden, and a large discrepancy between how we imagine our society to be and what it actually has become… even if it is too sensitive to discuss. Housing no longer is a right.

Spending time in France to examine these issues allows me to contrast two different cultures and contexts that are part of the same mechanisms.

What are you working on in Paris, at the Cité Internationale des Arts?

I have been working on a collaborative project and exhibition entitled "Borders and Crossing Them" with Marius Moldvær. The project tries to explore the "borderless" region in the northernmost Nordic where we did a field trip in 2017. One wild revelation has been the discovery of differences between the border towns and their distant neighbors. We are making a film and large-scale jacquard ribbons that resemble police and fire brigade barrier tapes we encountered and the stories we heard.

What do you hope this residency Cité Internationale des Arts reveals?

The residency is an extensive exercise in turning research into visual artworks—something that can be easier to think about than put into action. Research-based artworks tend to be presented like one impermeable, dense mass of information. With a bulk of material, there is a risk it will all become an empty gesture, shutting out the viewer. I often see it happen and have done it myself. Perhaps it is due to our ever-smaller attention span, but I find that clarity, simplicity, and even light or humor are all more likely to actually reach an audience through their interaction.

Winner of a Cité internationale des arts residency programme, Carl-Oskar Linné has been in Paris since October 2019, and will be staying until April 2020.