The raison d'être of our company is to represent people who are rarely or never seen on our stages.

Fraternité, conte fantastique, a creation by Caroline Guiela Nguyen and Les Hommes Approximatifs, begins a national and international tour. The play also features the rapper Nanii, in her first appearance on the theatrical stage.

Could you tell us about your respective careers?

Caroline: I am a director and author. After studying sociology, I joined the school of the Théâtre National de Strasbourg. With a group of regular collaborators, we set up the Les Hommes Approximatifs company, with the notion of creating works that ask the question of who is being represented, how, and what stories are being told in theatre. The raison d'être of our company is to represent people who are rarely or never seen on our stages. When we put on SAIGON, for example, there had hardly ever been any Vietnamese actors on stage in France. FRATERNITÉ, Conte fantastique puts faces on the stage we are not used to seeing in the theatre. We work with these people, and we invent our stories together. Les Hommes Approximatifs also has a set designer, a sound designer, a lighting designer, a video designer and a costume designer who work with me to create an extremely precise aesthetic universe. This is why we often talk about our work as being located on the border between fiction and reality.

Nanii: I am twenty-four years old and I am a rapper. I have never been involved with theatre until now. I had never acted before I met Caroline and accepted a role in FRATERNITÉ, Conte fantastique. So it's a new world I'm discovering!

How did you meet?

Caroline: I discovered Nanii on Instagram, because I really wanted to work with a female rapper on this project. Writing is a very important part of Nanii's life: she writes more than any person I've ever met. She writes all the time. The fact that we both tell stories and convey emotions and thoughts through text is like doing the same job. So we put our skills to good use to make the project evolve through her words, writing some parts collaboratively.

FRATERNITÉ, Conte fantastique was on at the Théâtre de l'Odéon until 17 October, then beginned a national and international tour. How did this project, born out of writing for the stage, come about?

Caroline: After SAIGON, I spent a lot of time in prison with prisoners. We talked a lot about the difficulty of reintegrating into life when you have been absent for a number of years. We made a film called Les Engloutis, the first part of the Fraternité cycle, which tells the story of men who return after having been away fifty years. They return with their faces unchanged, and discover the archives of their lives that have passed without them. The question is, how do you return to a life that has moved on without you? During the creation of this first part of the Fraternité cycle, I spoke a lot with women on the outside, who were visiting their husbands. I wondered what was going on in the lives of those who wait, who set the table every night explaining to their children that Daddy is not here, although he is somewhere. FRATERNITÉ, Conte fantastique became the other side of the coin, telling the story of those who have waited for a loved one to return. During my research, I also met with the office of Restoring Family Links, a Red Cross organisation that works to find people who have disappeared, usually on the road to exile. It was while watching these women work that I came up with the idea of creating a care and support centre in FRATERNITÉ, Conte fantastique, which tries to repair these disappearances. 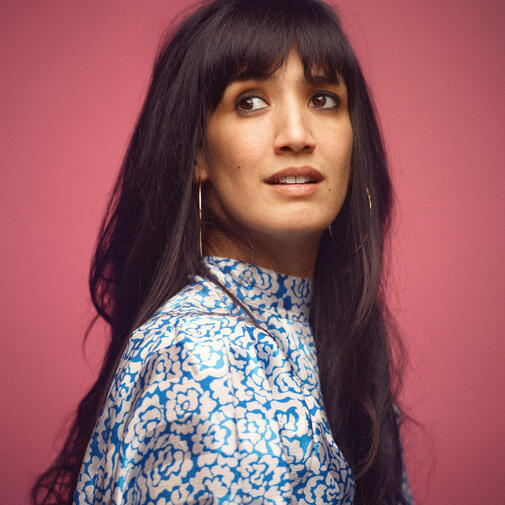 Personne Citée
Caroline Guiela Nguyen
Citation
I don't really fit into predetermined genres. I'm interested the fantasy we can create together and inject into the fiction.

Nanii, how did you react when you were approached for this project?

Nanii: At first I didn't understand the science fiction aspect of it. In my writing, I am always in the real world. What helped me was that Caroline fed us with things that came from reality: documentaries, stories that happen in everyday life. I held on to that and that's how I managed to believe in this project, even though I was uncomfortable at first. In fact, I needed to write, which Caroline understood. She played to my strengths, leaving me with my words, which allowed me to find my place.

The play features some professional actors, but for others it is their first experience on stage. Did this require adjustments to your working method?

Nanii: I had never been in a theatre on the other side of the stage before now. So I was completely unfamiliar with this world, and I went into it blind. At first I was apprehensive, I was afraid of being seen as an amateur. But that never happened. The professional actors put themselves at our level, always giving us advice, never criticising and trying to help us move forward. So I never felt any different.

Caroline: There is no difference between professionals and amateurs. It's the same timetable and the same working hours. Nanii had never acted before, yet she has a very big role in the play.

Nanii, FRATERNITÉ, Conte fantastique is your first theatrical experience, but you do come from the world of rap, also a performing art. Did that help you when you took to the stage?

Nanii: I came as I am. In FRATERNITÉ, Conte fantastique, I rap. That moment in the show is my moment. I had appeared on two or three stages as a rapper before: the only difference is that when you rap, you are above the people, whereas on stage the audience is above you. It was very confusing the first time I did it.

How is this part of Fraternité a "fantasy tale"? Is it a reference to the supernatural elements that have a central role in the play (eclipses, stars), or a moral metaphor?

Caroline: A bit of both. Despite the title, I don't really fit into predetermined genres: I'm not really interested in whether it's fantasy or science fiction. I'm interested the fantasy we can create together and inject into the fiction. 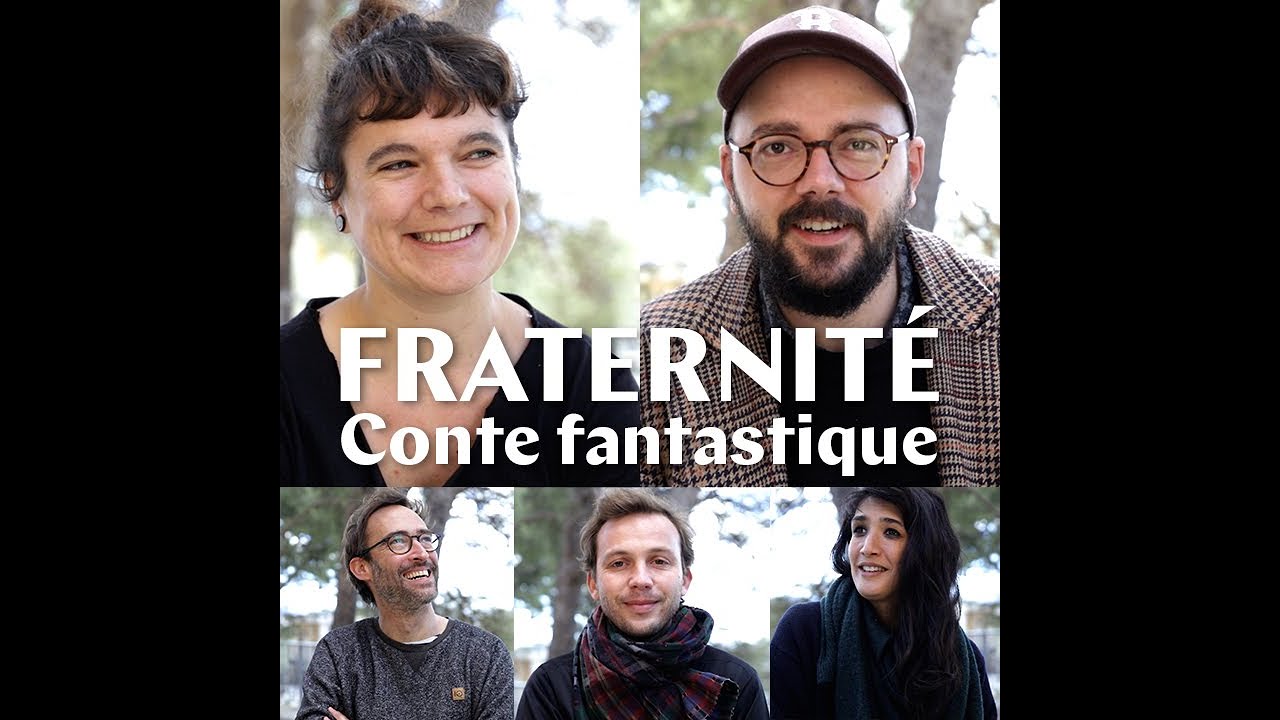 Fraternité, conte fantastique, staged by Caroline Guiela Nguyen, benefits from the support of the Institut français.

Image
Close up
From 10 to 17 November, Numeridanse presents its festival!