Talking about circography allows me to draw attention to the fact that there is a form of staging specific to the circus.

Circus artist and director Maroussia Diaz Verbeke is about to present her new show, 23 fragments de ces derniers jours (23 fragments of these last days), created in collaboration with the Brazilian collective Instrumento de Ver and supported by the Institut français.

In this interview she talks about this show and presents the solo Circus Remix, which is also supported by the Institut français.

Can you tell us about your background? How did you get into the circus?

I came to the circus at a fairly young age, especially during the workshops I did as a child at the Cirque Éphémère. It was a world that I liked a lot, even if I didn't think it was for me initially. When I was 13, I saw my first "contemporary" circus show: that's what we call the movement that has freed itself from the codes of the classical circus. It was a real revelation. Beyond the freedom that this implied in the relationship with the body, I was impressed by the possibility of playing with codes, of creating hybrid forms. Since I left school a dozen years ago, I have been asking myself a lot about what makes the language of the circus special, and how it is unlike any other theatrical form. Six years ago, I set up a company called Le Troisième Cirque, with the idea of investigating what form this "third circus" might take, if we consider that the first is classical and the second contemporary. During this period, I worked as a director, dramatist and performer on five shows, including the solo Circus Remix. 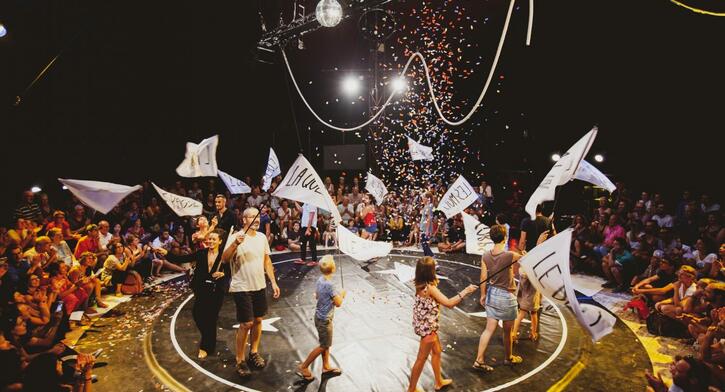 You describe yourself as a 'circographer', a term you have coined yourself. Could you explain this term to us?

I had to invent this word because there is no specific term for staging in the circus context. This absence is quite symptomatic, in my opinion, of current issues in the circus. Practice and creation are very closely linked in the circus. Personally, I often occupy an outside position to create a show, taking on the role of director, even though I don't come from the world of theatre at all. I use ideas and reflexes that are primarily linked to the circus. Talking about circography allows me to draw attention to the fact that there is a form of staging specific to the circus.

In your show Circus Remix, you offered a real reflection on the codes of the circus, notably through its relationship with language. What is the role of speech in your work?

The term "circographer" also refers to the idea of writing and composition. This is an aspect that interests me enormously, especially as the role of speech in the circus is a very complex issue. It was outlawed in France and England in 1806, so that the circus would not compete with the theatre. It was too free a space, too out of control, and speech was banned precisely so that the circus could separate itself from the text. It was under these conditions that the circus continued to develop, without a classical repertoire. And as always, when something is outlawed, there are means of cheating and circumventing the rules. This explains certain particularities of the classical circus: the centrality of the body, the absence of language barriers (which allows for international touring), the role of animals, the transgenerational audience, the circular configuration, etc. In my opinion, all of this is linked to the fact that speech is not the raw material of the circus. In my solo show Circus Remix, I worked on this aspect: during the show, I don't speak. But thanks to a collage of radio excerpts and a system of signs, in a way, I still speak. So I'm following in the footsteps of other ways of getting around this ban, such as the language of clowns who only speak using vowels or onomatopoeia.

In 2020, you worked with the Groupe Acrobatique de Tanger on the show Fiq! Is it important for you to decentralise our view of the circus, by calling on other traditions and other approaches?

Yes, these invitations are always very stimulating. In Morocco there is a specific tradition, linked to traditional Arab acrobatics, which works a lot on the notion of circle, diagonal and speed. These are acrobatics with the legs apart and an unbalanced body, often based on lifts and pyramids. The team that I worked with has been researching, for the last ten years,how to integrate these skills with other more contemporary, personal or simply offbeat practices. The idea was therefore to use the strength and potential of this tradition, while exploring new directions. This is why the question of humour is central to this work. 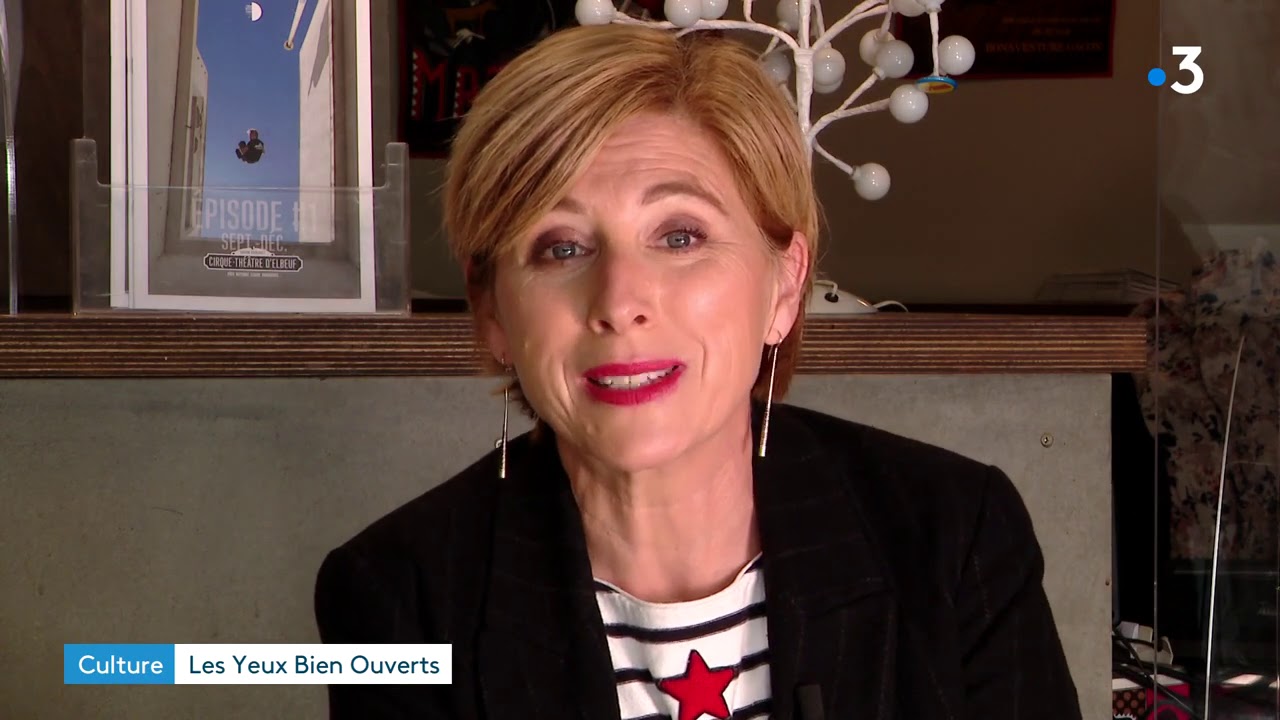 You created the show 23 fragments de ces derniers jours with the Brazilian collective Instrumento de Ver. How did this collaboration come about?

I already knew Brazil well, a country with which I have a lot of affinity. About ten years ago, I hitch-hiked across the Atlantic by boat and arrived in Brazil by chance. It was a very intense encounter with this culture, these landscapes, and of course, with Carnival. It is a practice that has many links with the circus, especially in the notion of temporarily upsetting the natural order. So when the Instrumento de Ver company asked me to work with them, it seemed like a natural fit.

This collective is the author of the 'Manifesto of things', which glorifies objects. What influence does the manifesto have on the show?

Instrumento de Ver is a collective that fluctuates in size, based for fifteen years in Brasilia. Our artistic complicity is born of a common relationship with the offbeat, a form of mischief, and our shared love of wordplay. Instrumento de Ver's interest in objects is very interesting to me, because the circus uses a lot of them: objects that are designed and built for use on stage. So we worked with this raw material, although it is difficult for me to say much about it at the moment, because we are in the middle of creating the show and it is still taking shape.

Circus Remix is part of La COLLECTION. La COLLECTION is a programme of the Institut français which aims to match a high-quality French cultural offer with the expectations / needs of the network to feed its programming, while guaranteeing its "lightness" of implementation to facilitate its dissemination.

Find out more about La COLLECTION

The project is also supported by the Institut français as part of the Relance Export programme. Relance Export aims to support French artists or artists living in France, from the cultural and creative fields, whose international projects have been impacted by the sanitary crisis, and who have the opportunity to continue or develop these activities identically, or with a new approach.

Find out more about Relance Export

Image
Interview
The director of the Centre Culturel Kôrè, Mamou Daffé, discusses the future of the AWA programme

Image
Portfolio
The France-Portugal 2022 Season is under way!

Natacha Poutoux and Sacha Hourcade look back at their residency at the Villa Kujoyama
Fabien Barati, head of the Emissive company which created the expedition "Eternal Notre-Dame" presented at La Défense
See all interviews
L'institut français, LAB
Grenouilles
Surprise me