I realise retrospectively that my approach was aiming at, beyond an artistic reach, to reconnect with my own story.

Davy Chou is a shining light of the revival of Cambodian film, both as producer and director. He is the author of a multi-award-winning work that in turn explores the troubled past of Cambodia, the country’s socio-economic transformations, as well as the impetus of young people turned towards dreams of the future. His latest feature film, Diamond Island, was awarded the SACD Prize of the Critic’s Week at the Cannes Film Festival in 2016.

Where did your taste for film come from?

It all started with an appetite for 90s action films. Then when I was 12, I decided to go and see Seven (1995, David Fincher) at the cinema. As I’d forgotten my ID, I couldn't prove that I was old enough to go and see the film. Because I was annoyed I went to see another film, which looked good on the poster, but that I knew nothing about: Heat (1995, Michael Mann). I got the “film fan virus” from seeing this work. A virus that led me to feast on actors’ biographies, books on the history of film, and many videotapes at the Municipal library opposite my house.

How did you move from passionate curiosity to directing?

You might think that there is a natural transition between watching films, and going behind the camera. This wasn't the case for me. Despite my “gluttony for films”, I had never really seen myself in making films. The prompt came in high school, in a workshop where my teacher analysed Hitchcock’s film directing. It was a new analytical approach, that opened new doors for me. Me and a few friends entertained ourselves making group films, then I filmed my first short film in 2007, “Le Premier Film de Davy Chou” (Davy Chou’s First Film).

Why did you explore the golden age of Cambodian cinema being submerged in your first documentary, Golden Slumbers (2012)?

A family connection is behind the film. My maternal grandfather, Van Chann, was a major producer at the time when Cambodian cinema was emerging. What was a new and exciting industry in the 60s and start of the 70s, was destroyed by the Khmer Rouge taking control of power. Artists were accused of being corrupted by the imperialist spirit, and when they weren’t being exiled or dying of hunger or disease, they were often executed. More than 400 films were lost due to this.

When I was 25, I realised that I didn't know about either my grandfather’s story, or that of Cambodian cinematography. As I was driven to learn more about my family past and this part of film, I went to my country of origin for the first time in 2009. My aim was to make a film about Van Chann, the founder of the biggest Cambodian production studio in the 60s and 70s. But as I met people, the project become something else, a work on the memory and persistence of a national heritage that some wanted reduced to ashes. To find what remained of this treasure, I interviewed an actress, directors, and film buffs. When our discussions were put together, they gave birth to Golden Slumber.

My work on the memory and transformation of Cambodia, at the same time that it is pursuing a national film revival, is a personal work on a history that I wasn’t aware of for a long time.

I had already shot something on this island at the end of Golden Slumber. At the time, this immense project for a futuristic project, presented as the compelling showcase of tomorrow’s Cambodia, was just earth, road and the beginnings of buildings. When Golden Slumber was finished, I came back to France feeling something wasn’t finished. So I decided to go back to Cambodia to make a film about the country’s young people. It was 2013 and I was struck by how Diamond Island had changed. In a timeframe that seemed like nothing to me, it had become a popular place for young people to meet. There was something surrealist and strangely poetic in the kitsch of the decor and architecture of the new buildings. I immediately understood that I had to come and film here again. That’s what brought Cambodia 2099 to light first of all, a short film in which two friends discuss the dreams they have. Then Diamond Island, in which the spectator tags along with a young guy from the countryside who went to work on the island’s building site. This complex of buildings grew out of the ground from nothing. A space with no history and a veritable artificial space intended for people with money in the country, it is a symbol of a certain idea of what modern is and a voluntary and brutal rupture with the wounds of the past.

Although your two long films have different angles, they both deal with forgetting. Was addressing this theme a way to work on the “amnesia” of your own roots?

That’s right. But the starting point of Golden Slumber and Diamond Island was an intuitive, “pre-reflective” desire. This is what I realise retrospectively that my approach was aiming at, beyond an artistic reach, to reconnect with my own story. My parents didn’t talk much about the nation they come from, where they lost a lot of people close to them. They preferred to look to the future. I therefore grew up knowing nothing about Cambodian culture, or almost. This knowledge was shut away behind a doubly-locked door. In growing up, I wanted to see what was hidden behind it. And film helped me.

Diamond Island was awarded the 2016 Film Critic Weeks’s SACD Prize at Cannes. What does that represent for you?

Immensely proud. Presenting the film at Cannes was both an objective and an honour. In Cambodia, in a context of local film revival, the film was able to be broadcast in several multiplex cinemas. I hope that Diamond Island having this exposure might encourage the young local film-making scene, by proving that an art film about the present in Cambodia, with Cambodian actors, and in a Cambodian decor, can garner interest beyond borders.

Are you currently working on a new project?

With the Anti-Archive production company that I co-founded in Cambodia in 2014, and with the support of the Institut français, we have just finished production on White Building, a first feature-length film by Kavich Neang which should be released this year. Kavich was trained by Rithy Panh, who opened the way for Cambodian film-makers to be able to express themselves as film-makers. As a director, I’m currently looking for locations for a film that will take place in South Korea. It’s a fiction, inspired by a friend’s story. It’s a project that has been important to me for several years. I hope that the health context will allow us to film it by the end of the year. 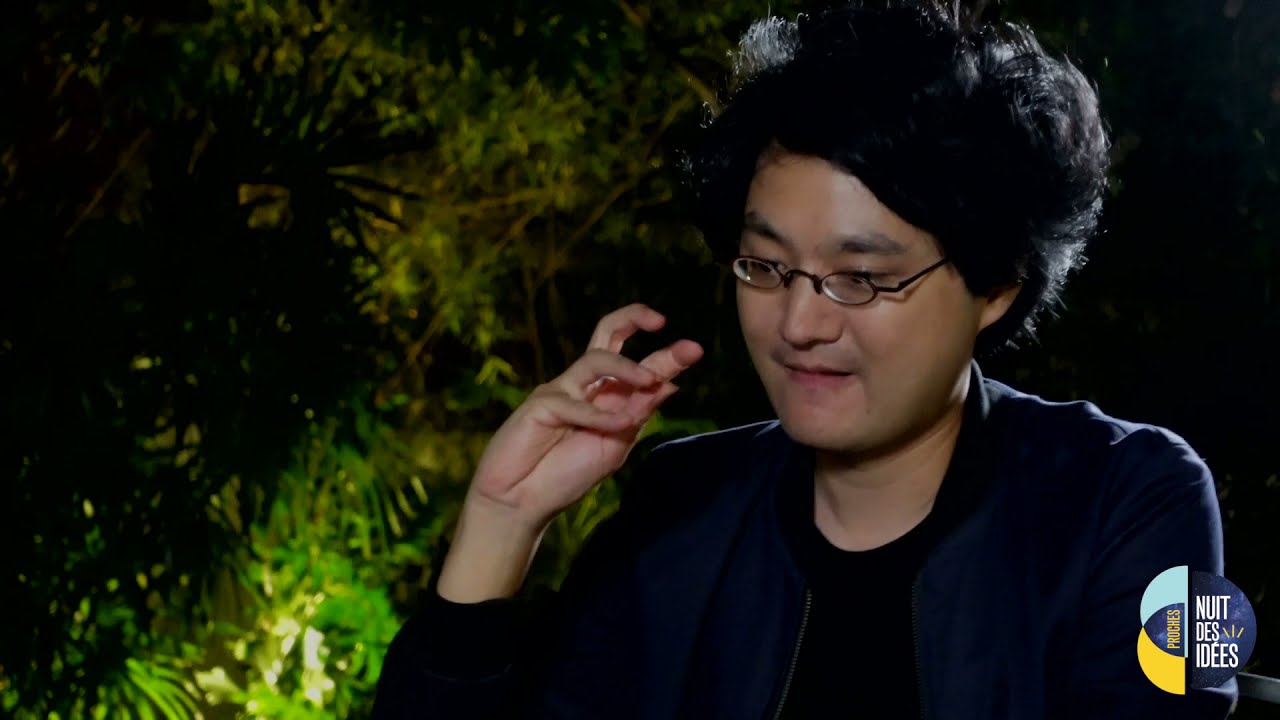 Davy Chou was supported by the Aide aux cinémas du monde fund for Diamond Island and White Building. This Institut français programme provides support to foreign film-makers for film projects co-produced with France, whether they be feature-length fiction, animated films or creative documentaries.

Davy Chou participated in the 2021 Night of ideas. An annual meeting devoted to the free movement of ideas and knowledge, the Night of Ideas is coordinated by the Institut français.

Find out more about the Night of ideas