We need to hear each other’s voice, and pictures will enable us to get to know each other better.

As President of the African Federation of Film Critics, Fatou Kiné Sène is committed to showcasing African cinema around the world. She tells us about her first experiences with film, as well as the development of the 7th Art in Africa.

You are a film critic, journalist and President of the African Federation of Film Critics (FACC). How did you first discover cinema?

I discovered cinema at school, at the age of 15, as part of my extra-curricular activities. Once a month on Wednesday afternoons, we would have film screenings, and that’s how I came to discover cinema. Since then I have always remembered Euzhan Palcy’s film, Rue Cases-Nègres (Sugar Cane Alley) which had a real impact on me at the time. I remember the role of Médouze, played by Douta Seck, and young José, played by Garry Cadenat, who had already dazzled many people in the role. Among my childhood memories is an aunt who was a real cinephile and went to the “matinées” – the 3 pm screenings – every day. Every time my aunt would go, I would ask to go with her, on the condition that I help her in the kitchen. It was on those trips that I was introduced to Indian cinema in particular. In the 1980s, there were cinemas everywhere in Senegal, even in the working-class neighbourhoods.

Do you have any particular memories as a cinephile? What are your favourite films and directors?

As I said, I saw a lot of Indian films during my childhood, but there are a lot of feature films and directors that I’m particularly fond of. First there’s Ousmane Sembène, whose film Mandabi explores the Senegalese and African experience with a great deal of realism. I like all of his films – Ceddo, Camp de Thiaroye, a historic film, or Faat Kiné, which talks about the place of women and their role in society. There’s also the Malian director Souleymane Cissé and his film Yeelen, which won a prize at Cannes. His work is very important as it talks about the realities of African society and challenges us on a number of issues. Not forgetting the Cambodian filmmaker Rithy Panh, whose historical filmography tells us about a precise period in that part of the world. 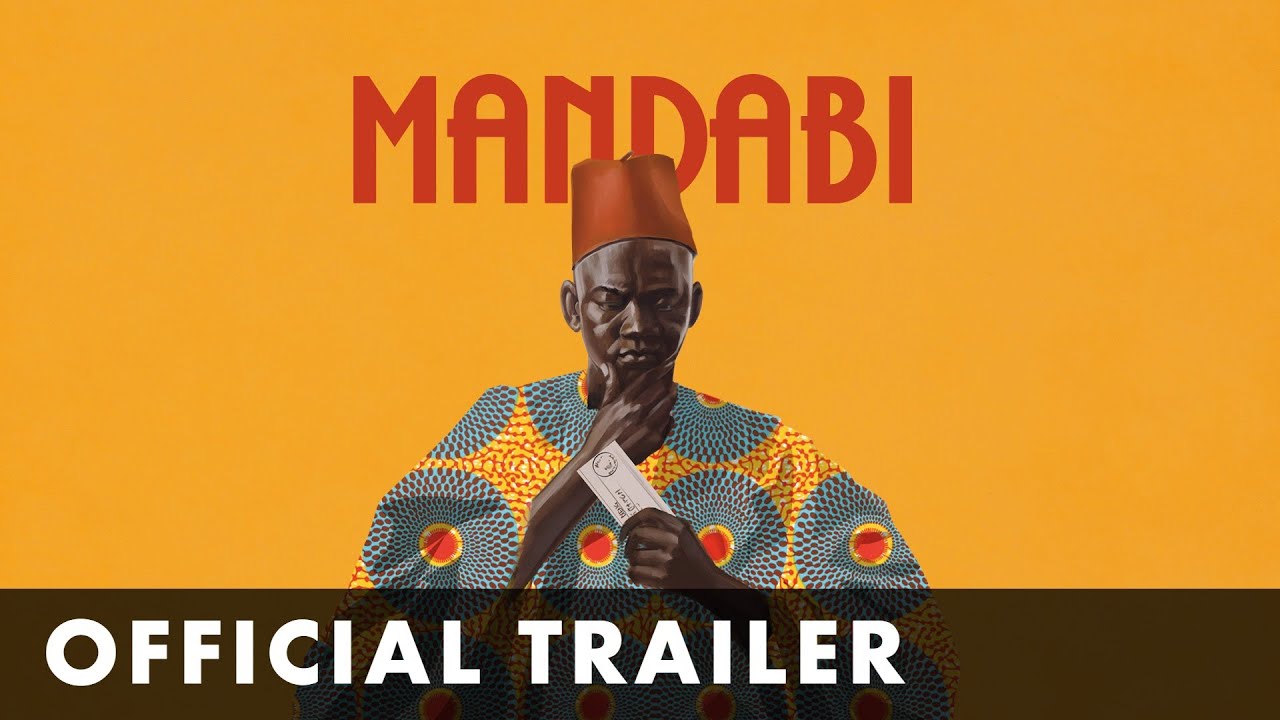 What are you doing on a daily basis at the FACC and what does your role in the organisation look like?

My role of President at the FACC means I am managing the organisation and running the office as we work on setting up the courses. The aim of the Federation is to give visibility to African criticism that has long been pushed to one side. Our workshops generally teach film criticism, giving young journalists an initiation into a profession they are passionate about. It is impossible to learn it in schools, as there are no film criticism modules. We also hold masterclasses where we invite filmmakers to come and speak to us, which allows the critics to gather information on certain directors, learn more about their work and that of technicians and actors. There are also screenings and debates to talk about the content of films: our aim is to spark discussion.

Given the abundance of films and the need to guide African viewers in their choices, how do you view the role of the film critic in an age of algorithms and influencers?

Influencers only play a fleeting role, while the critic’s role is much more profound: we write for posterity. Through our writing, the film will exist forever. In the here and now, papers offer arguments, but we need to take it further from there. The critic’s job is to explain the film while our article is a heritage document that sheds light on the filmmaker’s choices, whether in terms of aesthetics, mise en scène or the actors’ roles. It will have lasting value, regardless of the film’s lifespan. We have a militant role because African cinema does not have extensive visibility and its distribution is lacking. We also have the role of film promoters, which does not mean “advertising” but rather talking about the product in its entirety.

Can you talk to us about the current situation of film in Senegal? How do you view its development and that of African cinema more widely?

These past years, I have felt – and observed – that Senegalese cinema is flourishing. Twenty years ago, for example, we produced a great deal less than we currently do. After the time of the pioneers, we went through a period of lethargy, with the closure of cinemas and the privatisation of film institutions. Now things are gradually returning: production is there, as is distribution, and Senegalese films are travelling quite widely. The only issue is that they are not screened anywhere near enough, given the current lack of cinemas in comparison to the golden age of Senegalese film. The FOPICA (Fund to Promote the Film and Audiovisual Industry) has taken this issue on since 2014, and has done so well that around one hundred films have now been produced in the past four years, compared to one or two a year as was still the case a few years ago. In terms of African cinema, there has been a clear development as production is gradually picking back up, though there are still disparities between countries. The younger generation is leading a revolution thanks to the digital tools available to them.

How do you feel about the distribution of African cinema around the world? Do you think it is given enough attention?

This is the major problem and precisely what African cinema is lacking. It is definitely not seen enough on screens, particularly in Europe, Asia and America. Even in Senegal, there are few distributors and inhabitants do not see enough of this production. Access to African cinema needs to become a reality in order to achieve geographic equality, so that people in regional areas can enjoy the same advantages as Dakar. Erasing this disparity is extremely important. In the future, an offensive needs to be led in terms of the distribution of African cinematography, on every screen around the world. Policy must be established to this end so that African films can be more widely distributed. At the moment, films can only be seen at festivals and things need to change.

In your opinion, which up-and-coming filmmakers stand out at the moment in the country?

In Senegal, there’s the filmmaker Mamadou Dia, who is representing the country with his film, Le Père de Nafi (Nafi’s Father) in competition at FESPACO. He has just won the UEMOA Prize for Best Feature Film at FESPACO 2021. He is a young director whose feature film was selected and has won a lot of prizes recently, as well as representing Senegal at the Oscars. There’s also Moly Kane, a dynamic figure in film production, who is also competing at FESPACO with Les Tissus blancs (White Fabrics). He won the Poulain d’or at FESPACO 2021 and best short film from the West African Economic and Monetary Union (UEMOA). There’s also Khadidiatou Sow, who won the Poulain d’argent at FESPACO two years ago for his fictional short, Une Place dans l'avion (A Seat on the Plane). And of course there’s Alain Gomis, Angèle Diabang and Mati Diop, who are the standard-bearers of Senegalese cinema. 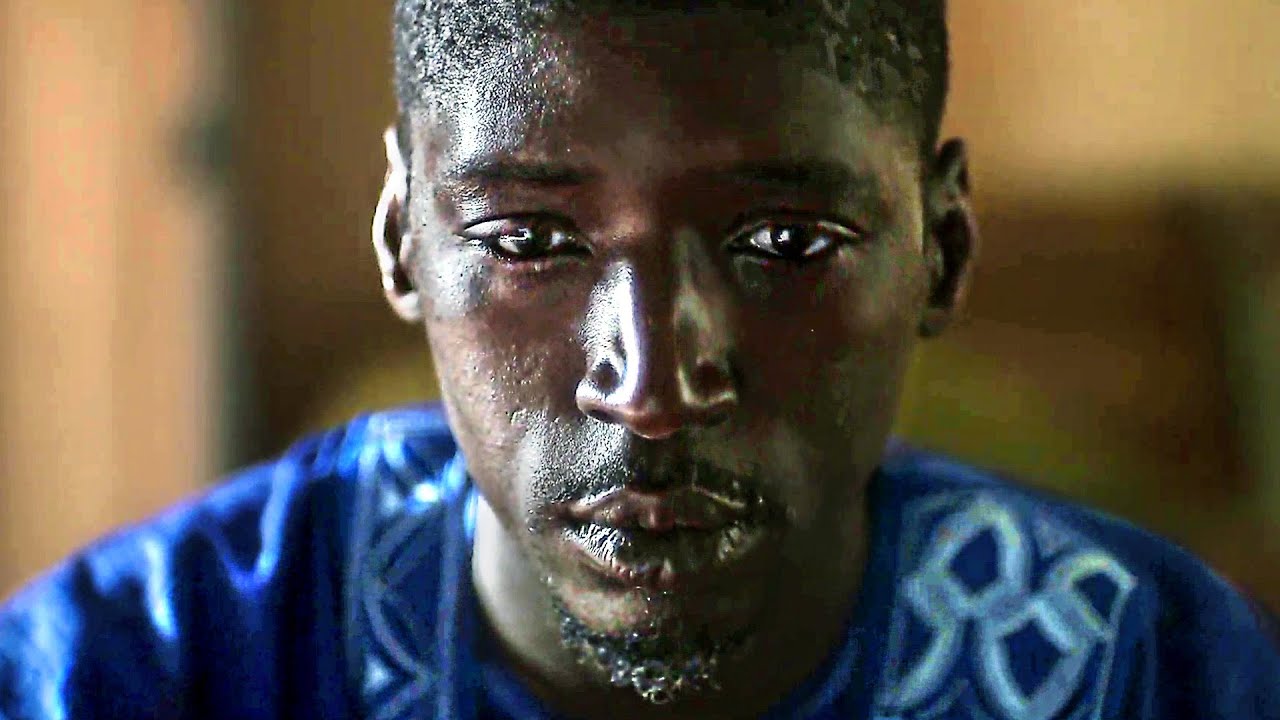 The FACC which you preside over held a round table on criticism with the Institut français and the Semaine de la Critique as well as a course in film criticism with Noo’Cultures, the final element of which took place at the Pan-African Film and Television Festival (FESPACO). What are you hoping to gain from this partnership, particularly in terms of new forms of criticism?

It is a partnership that I welcome and that has been made possible thanks to FESPACO. We would do well to prolong it: I think that, as a general rule, criticism and institutions need to work together for the good of cinema. We are seeing that the digital realm has enabled filmmakers to produce a great deal and use this tool in their own way. Today, criticism would gain much from using these new means of distribution to make our work more visible, especially for African critics. We need to be better heard and for our words to count. Criticism has a medial role between filmmaker and cinephile, and people need to take this role into account and the role of the critic in the ecosystem of cinema.

How do you see the future of African cinema in a few years’ time? What are the key challenges to its future?

All of these developments show a great deal of progress, so I imagine a thriving future. There has been a new awareness in terms of institutions, who are realising the importance of giving our pictures a worldwide reputation. This also makes it possible for us to interact with the world and, as a result, to make it more humanist. Everyone ends up getting to know others through their pictures, and it is essential that we be able to continue this momentum until the Other is no longer seen in a negative light. Future challenges will remain institutional as states have long failed to take account of the importance of cinema in our countries. We need to hear each other’s voice, and pictures will enable us to get to know each other better.

AFRICINE.org, the website of the African Federation of Film Critics
The Institut français and the FACC
Image

The African Federation of Film Critics, chaired by Fatou Kiné Sène, organised, in partnership with the Institut français et the Semaine de la Critique, a course in film criticism with Noo’Cultures, the final element of which took place at the Pan-African Film and Television Festival (FESPACO).

Image
Close up
Tigritudes: a season to immerse yourself in Pan-African cinema

Image
Close up
MyFrenchFilmFestival: the online festival returns on 14 January