Work on the internal musicality of sounds, reveal the inaudible

A composer and instrumentalist, Floy Krouchi draws on traditional Indian music to create an augmented electric bass with astonishing sound properties: FKBass. She reflects on the close relationship between music and new technology, and her residency experience in India, where she was between December and February.

Can you tell us about your work as a composer?

My work as a composer comes from the electro-acoustic tradition. It is about the musicality of recorded sounds, whether instrumental or environmental, with no hierarchy. I compose for solo and electric bass, but also for small ensembles. I also compose a lot for radio and dance. And I recently designed two instrumentsinvolving more advanced technology, the FKbass, which we will come back to, and the “Sonic Totem”, which is an interactive sound sculpture. Exploring new technologies allows me to think about new writing processes, while always favouring musicality and poetry: these new writing paradigms sometimes join the old ones, reflecting random writing processes like the “exquisite corpse” used by surrealists.

How did you come to work in this area?

I started playing by teaching myself, then I progressed to small jazz ensembles. I then co-created the first ensemble of experimental musicians called Mafucage, inspired by the marked trends for electronic music in the 1990s, with whom we performed as far away as China on the Trans-Siberian Highway. Our format was instrumental, but we also used magnetic tapes.Then I started to focus on the sound material and its handling. A series of vinyl remixes followed, and electro-acoustic studies at the Conservatory in Paris.

In 2003 I went to India to study the art of ragas. That's when I discovered the rudra veena, the ancestor of the bass. Considered the mother of string instruments, it was said to have been created by Shiva. Here I encountered a four-stringed instrument, tuned exactly like mine.

You invented a new instrument, the FKBass…

It is a hybrid instrument – electric and electronic – with integrated sensors. It combines my instrumental practice, my electro-acoustic practice and my discovery of the rudra veena. It therefore also incorporates a traditional/contemporary approach. Listening to the rudra veena made me realise that low frequencies develop over a very long period of time and that it would be interesting to process sound in real time to reveal the inaudible frequencies — hence the idea of a sound hologram.

FKbass was born out of the need to link my instrument with real-time electronic processing on my computer. So I worked with the Cesare centre in Reims: together we co-produced FKBass withthe idea of being able to intervene in playing directly from the bass without having to leave it to go to the computer. If I want to modulate a volume, filter or nuance, I can now do it directly on my instrument: in one movement the sensors allow me to giveexpressiveness to the electronic sound while still playing.

What has nourished me the most in Indian classical music is listening and knowing the sound, the relationship to the sound phenomenon being paramount.

What inspires you about the art of ragas, which you have been studying since 2003?

Through my various study visits to India over the past few years, each lasting several months, I have found that there is a strong connection with nature in Indian music. First through their instruments and the craft of stringed instruments, and also because ragas are meant to be played at certain momentsof the day or in certain seasons, each communicating specific emotions linked to the micro-tonal qualities of the artist’s mode and interpretation. For example, late afternoon ragas are said to be more anxious because the day is coming to an end.

This micro-tone was at the heart of your work in residence...

Indian music flows through these intermediate spaces called srutis, or micro-tones. They are fundamental because they add colours and nuances to the notes and modes used. The system is not evenly tempered. We worked with Robert Piéchaud, composer and sound engineer at Ircam, who joined me for three weeks in Pune to model the rudra veena and adapt a module for FKBass on Ircam software, Modalys. We have also worked on software that analyses and describes in real time the behaviour of micro-tonality based on a charter that my master Pandit Hindraj Divékar sent me, which describes the 22 srutis and their ratios, and in collaboration with an Indian association, Baithak.

And you composed a solo for FKBass...

I conducted a series of four studies: short forms that allow me to explore specific musical aspects while taking into account the technological challenges of my instrument. Two are on micro-tonality, one on the sound objects that FKBass can generate, and the last one is more on the raga, or rather the first part of the raga, the alap. I am now going to work on a major piece when I return to France. It will incorporate storytelling, a kind of libretto for voice/poetic storytelling around this relationship to sound and India. I am also thinking about composing for a small ensemble based on the studies I did during my residency with strings, a tuba and a voice: I think I'm finding a new way to compose with FKBass because it offers almost orchestral possibilities.

You have given several concerts in Mumbai, Pune and Goa. How did the audience react to the sound of FKBass?

I designed an interactive performance with the audience where in quick succesion I present the bass, play the piece, then show a video of my master at the rudra veena, Pandit Hindraj Divekar, then answer the questions. In Goa and Bombay many of the public were already familiar with this sound practice and I met some great people. In Pune, there were more classical musicians, perhaps harder to convince, but who ultimately showed a lot of interest and openness to the work of the FKbass. It's all about learning: sounds, like cultures, need to be discovered. 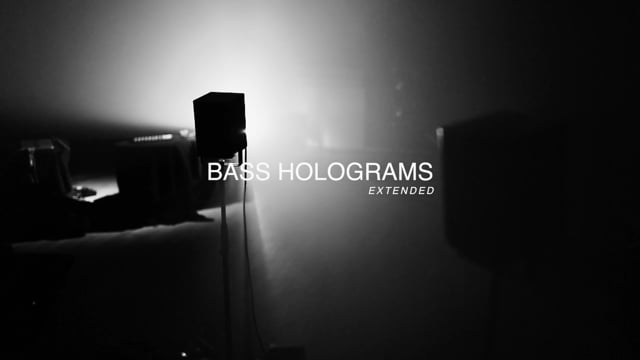 Floy Krouchi’s residency in India was supported by the Institut français, through its IFcooperation programme.