We don't want to stop people taking out their phones, but we can use this situation to try to imagine something different and collective using these tools.

After a period spent as artistic director of the Bordeaux Carnival, the artist Guillaumit has specialised in the creation of augmented reality frescoes.

You are a visual artist, graphic designer and motion designer. Could you tell us briefly about your career?

I started my career in the electronic music scene, with the musician Gangpol, as part of the duo Gangpol & Mit. I was in charge of the visual element, designing music videos and stage sets. This allowed me to travel a lot and to meet many people. I gradually found myself being asked more and more often to design posters or festival visuals, which led me to reorient my work towards art direction. Since then, I have divided my time between commissions and my own personal practice.

Your collaboration with Gangpol gave rise to the Globozone web series. Can you tell us more about that?

Globozone is a bit of a summary of my work with Gangpol over the years. We wanted to develop our ideas with a bigger team. So, for three or four years we were able to refine synopses, shoot pilots and experiment. This series, which can still be seen on the arte.tv website, was the first opportunity we had to concentrate on one project for such a long time. Globozone is a reference to the globalised world. The series takes place in a very sanitised working world, which the two characters shake up with malice. Globozone deals with themes such as generalized surveillance, the world of work, or biotechnology with a humorous touch.

Globozone features two characters who have a rather unorthodox attitude to technology: they are not afraid to subvert it, to break existing devices in order to rebuild them differently. Is there something of yourself in this?

Yes, we put a lot of ourselves into these two characters. We see ourselves as part of the do-it-yourself philosophy, which advocates trying not to be only a consumer but also an active user of digital tools. In Globozone, the characters live in a sanitised environment and try to overcome their boredom by diverting the highly technological world around them. There is no dialogue, everything is based on gestures. 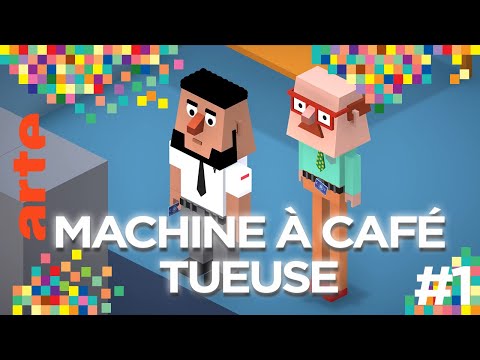 You are known for favouring square, or at least geometric, shapes, that always very colourful. How have you developed this very personal style over the years?

This style was established at the time of my work with Gangpol & Mit, although I try to make sure that it is updated regularly. I always work with very geometric shapes: sometimes I feel like I'm playing with Lego when I'm working. I am also sentimental about consoles like the Megadrive, these video games with simple forms, not much more than a pixel, with constraints that lead to economy of detail. To sum up, I would say that I try to create images that are quite impactful, not too fussy, but with several levels of meaning.

Another constant in your work is the fact that you inhabit public spaces, for example as part of the Carnaval des Deux Rives in Bordeaux, of which you were the artistic director for three years.

The Bordeaux Carnival has the particularity of leaving a lot of room for innovation. At the time, I chose to give it a digital focus. These days, masks are more often made in the form of an Instagram filter than from crepe paper. Without abandoning the traditional aspect of the carnival, it became more a question of taking advantage of it to build bridges with technology. I wanted to use this popular festival to offer workshops, to explain to children and teenagers the basics of code, or how to make an Instagram filter. This approach raised a few eyebrows at first, but it worked well.

More recently, you have created several murals in public spaces, notably in Rennes. How did you start to use the outside world as a creative medium?

I work regularly in public spaces, whether it's for playable frescoes on the ground or for murals. For the Livelyyy project in Rennes, I worked in partnership with Electron(K) for the Maintenant Festival to create a mural. This mural works like a video game in augmented reality in the street. A multitude of insects appear and we have to try to maintain this fragile ecosystem as long as possible. I also did a fresco on the ground in the Maurepas district. It was a participatory project, with children, parents and workshops beforehand. There was a lot of consultation and meetings with the residents, so that they could get to grips with the project. It went very well: there were about fifteen of us on the site and the project was positively received in the neighbourhood. I always try to include a participatory aspect, because it's no small thing to make art in a public space. 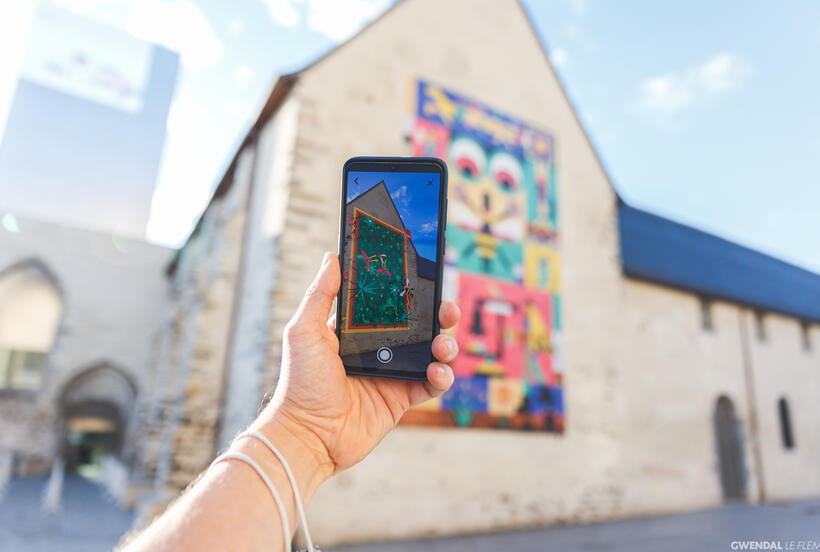 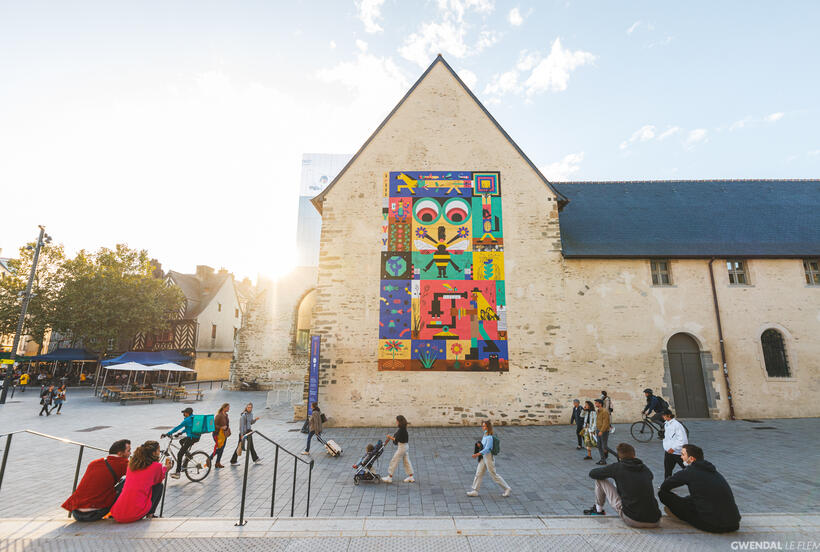 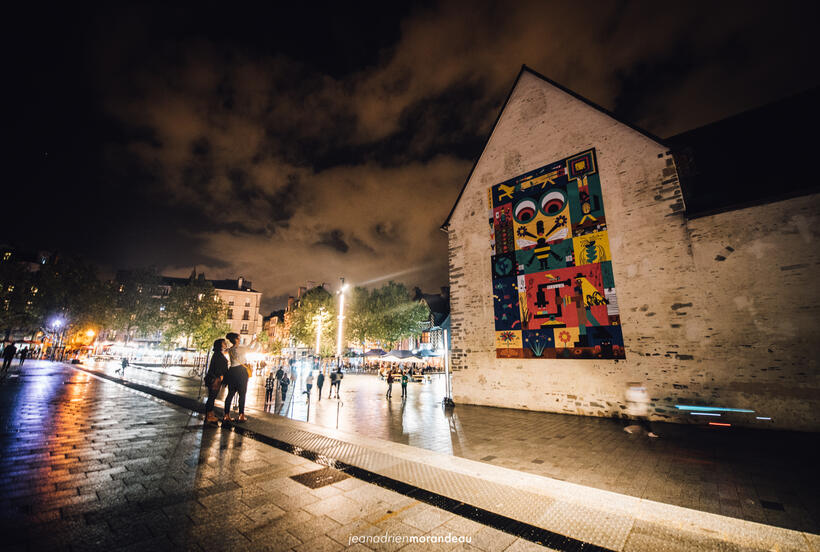 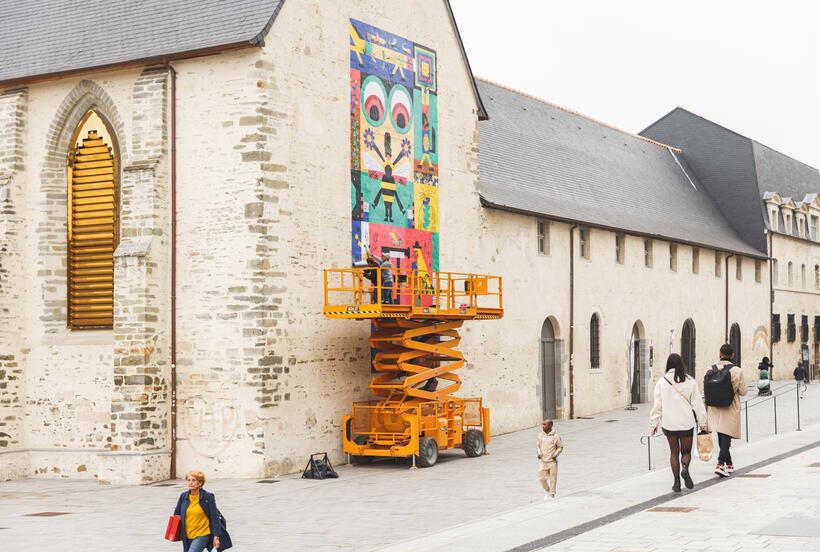 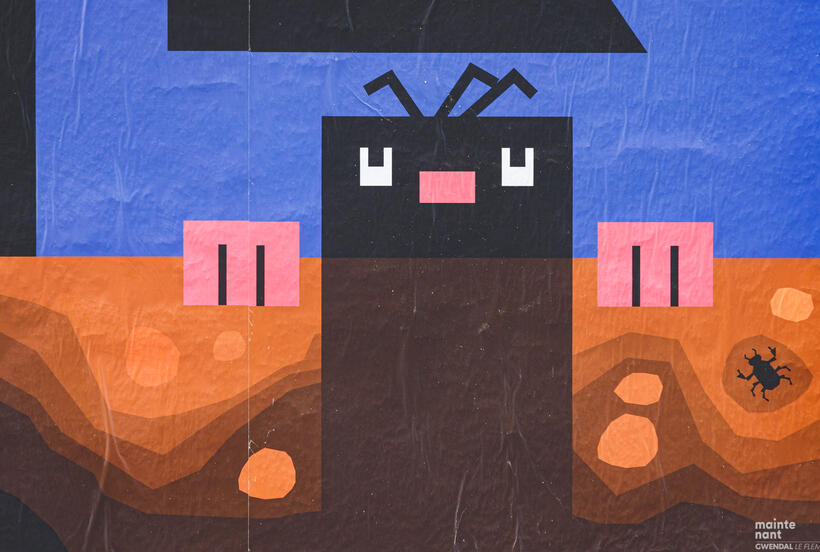 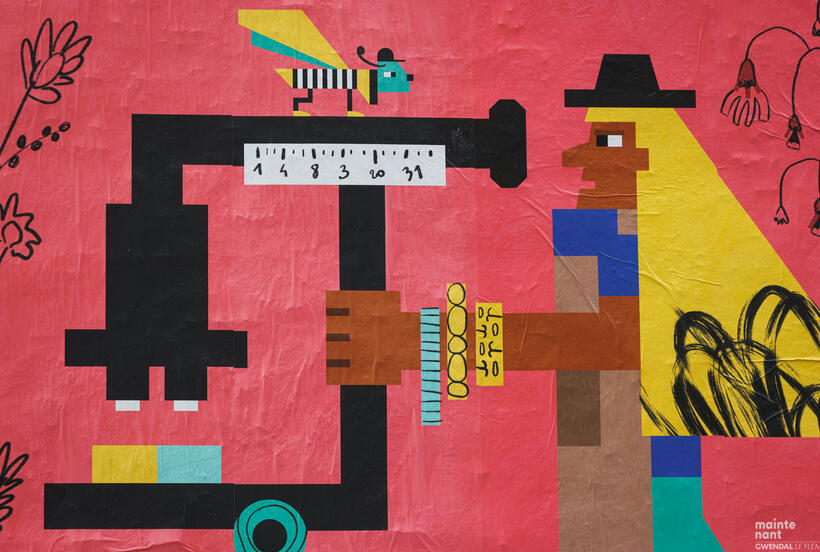 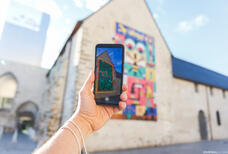 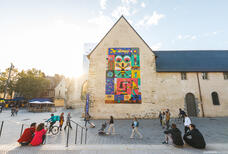 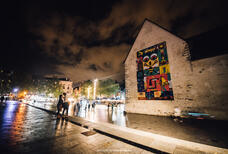 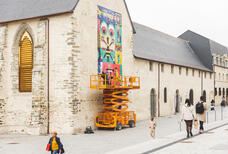 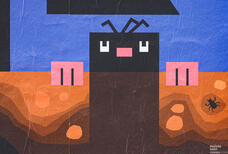 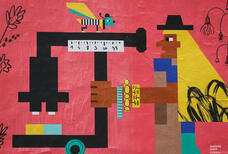 You have worked a lot with augmented reality in recent years. What made you decide to use this digital tool specifically?

When something happens in the street these days, we quickly find ourselves faced with a swarm of phones. The idea, for example with the Bordeaux Carnival, was to make something special out of this situation. We don't want to stop people taking out their phones, but we can use this situation to try to imagine something different and collective using these tools. Children are encouraged to interact with the filters we give them: in the workshops, we introduce them to the code, so they understand how it works. In the case of my frescoes, I often develop little video games that can be accessed by scanning the artwork. This gives a more playful dimension to the whole thing.

What are you currently working on? Do you have any upcoming projects?

Since my experience with the murals in Rennes, I have been working on more projects of this type. This winter, I'm mainly working in the studio. But from March and April, like a bear coming out of hibernation, I will leave my office to carry out my projects in public spaces. I am also currently offering a lot of workshops that combine mask making and augmented reality, especially virtually, in places like Singapore, Togo, Chile or Russia.

During Novembre Numérique 2021 (Digital November), Guillaumit's works have been presented in the French cultural network abroad.

Image
Portfolio
Journey into the digital world with the programme Cyber Dreams // Glowing Trip, presented at the Nuit de la Culture 2022 - Kulturnatt 2022 by the Institut français in Sweden

Interview
Interview with the founders of the French studio Targo, producer of documentaries in virtual reality