The pandemic has raised and sharpened awareness that although we can establish closeness through digital media it is not fully equivalent, something is missing. We need physical proximity.

Hartmut Rosa is a German sociologist and philosopher known globally for his work on social acceleration. He is the guest of honour of the Nuit des idées, which will take place Thursday 28th January 2021.

The theme of this year’s Nuits des Idées is Closeness. How has the pandemic affected our attitude to physical proximity and what are the implications for this?

It has changed our sense of social contact which I find a little frightening. If someone comes physically close you immediately shy away, you sense danger. This has very quickly become habitual which I find disturbing. I think it is a kind of long- term trend in modernity which comes with this sense of ‘leave me alone,’ particularly with other people in dense environments like big cities. I think a sense that ‘the other’ is a source of danger has increased greatly. Even with people you know quite well there is no embrace or anything of that sort. There is good empirical evidence that this is not good for human beings. We live in a society where touch is becoming less and less frequent, it is under suspicion. So now we need professionals to touch us, like masseurs.

Your work has focused on the negative effects of social acceleration. The past year has seen us all forced to slow down. Will this have an enduring impact on how we want to live our lives?

I always insisted that the solution to the problems caused by acceleration is not slowness. Slowness itself is not particularly desirable. What has happened now is a kind of enforced slowness – it wasn’t voluntary, it wasn’t because of a change in our social fabric or cultural position. If you simply slow down a system built on dynamic stabilisation, one that can only maintain what it has, then you really just get an accident and huge economic and social problems. So, I do not think this kind of slowness will have a lasting effect.

You have suggested that ‘resonance’ with the world around us is key to a better life. Could you explain the idea – and whether or not the last year may have helped more of us achieve it?

Resonance is a certain way of relating to the world, of establishing contact with people, with things or with nature. It has four elements. The first is something that really speaks to us or touches us. The second is the capacity to reach out and do something – answer the touch or the call and experience oneself as being alive and capable of having an impact. Number three is that we don’t stay the same, that we somehow experience a transformation within our whole being and our way of relating to the world. The fourth element is that you cannot enforce or manufacture resonance – you cannot decide that tonight I will be deeply touched by my girlfriend or by music or a book. The pandemic took away a lot of the things that we resonate with – going to a concert or the movies or travelling to the mountains or the ocean – but it has also given us the time to rediscover our areas of resonance. However, one thing I found interesting is that a lot of people discovered that what they thought they would really want to do if only they had enough time didn’t deliver its promise. They found Proust was boring or didn’t enjoy learning the piano. It has freed us from a lot of illusions.

As a society we have to remember that we have the capacity to start a new chapter. I would almost say that the longer the crisis lasts and the worse it gets the better the chances are that we change track.

Do you think an enforced lack of physical contact has altered people’s relationship with digital forms of communication?

A lot of people say that digitisation will become even more dominant and I’m really hesitant about this. I think it will probably be the other way round. The most interesting thing for me is that people, particularly young people, really miss physical closeness. I see it with my students at university. They insist on meeting in person. The pandemic has raised and sharpened awareness that although we can establish closeness through digital media it is not fully equivalent, something is missing. We need physical proximity.

Our inability to travel had a noted positive effect on the environment. Do you think this will force governments, and the public at large, to act on climate change?

When a society is in crisis, as ours is, the dominant trend is to try to get back to the old normal. But I think it is very important to be aware that the old normal wasn’t such a happy state – not psychologically, politically or environmentally. When environmental problems return to the social and political agenda, I hope we will not have the feeling that there is nothing we can do about it. We have experienced that if we really want to, we are capable of acting together in a concentrated manner and I hope this will empower us to do something about climate change, and socio-economic problems, in the future.

As you have pointed out our economic system is reliant on yearly acceleration. This was stopped in its tracks this year. Is it possible to contemplate an alternative way forward or will we be forced, out of necessity, to return to the old ways?

This is the core question we have to deal with right now. Of course, most people want to go back to the old normal, it is not really surprising, it’s the way human beings operate, but this old normal was almost catastrophic. As a society we have to remember that we have the capacity to start a new chapter. I would almost say that the longer the crisis lasts and the worse it gets the better the chances are that we change track. Economic problems that were bad before have skyrocketed so maybe we go for a global debt cut. That would solve a number of problems as debts are one of the drives for the permanent need for growth. And then of course it would be good for the environment. Maybe if the crisis gets bad enough that we cannot go back to the old routine then we might invent something better.

Have your thoughts on what constitutes a good life changed over the past year?

What has changed a bit is my thinking on what causes alienation and what causes resonance. One should not be too quick to think that the older, maybe rural, form of life is more resonant and the highly condensed, global way of life is alienated. Living a highly intense life can also be a source of resonance. What I have started to think about anew is social energy. I believe the vital energy for life comes from social interaction and even from physical touch. Maybe we do need the closeness of others to really feel empowered and powerful. I think we have to do more to understand the sources of positive energy. Energy is not a concept that is generally used in sociology – it is esoteric or just psychological – but I believe energy is also a social thing, it comes out of interaction. I would like to know more about this, and I think this is affecting the way I think about the good life. 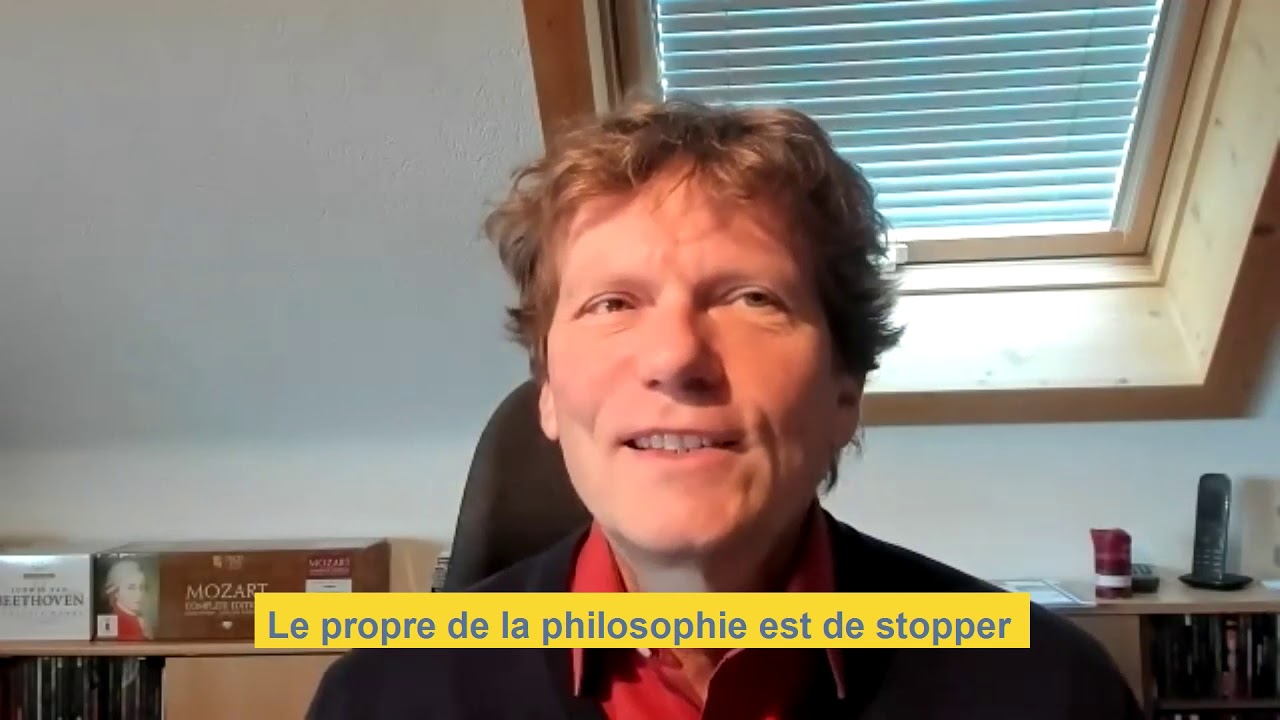 Crédits
© DR
The Institut français and the event
Image

Hartmut Rosa was the guest oh honor of the 2021 Nuit des idées, devoted to the theme “Closer”.