Cinéma! is a declaration of love for cinema, a way to express just how much I love it and just how essential it is to me.

Singer-songwriter Jeanne Cherhal has twice been invited to perform at Institut Lumière in Lyon by Thierry Frémaux. The first occasion was in 2019, as part of an homage to Francis Ford Coppola, when she performed the theme song from The Godfather. The second was the following year, when she sang Bruxelles by Dick Annegarn for the Dardenne brothers. On this third occasion, Thierry Frémaux and Jeanne Cherhal have come together to create Cinéma!, a show dedicated to songs from films.

What made you want to put on a show?

Jeanne Cherhal: It was Thierry's idea! He wanted to create something longer, more fleshed out. He wanted to give me carte blanche, to let me pick whatever songs I liked. When he asked me to perform the first time, I'd never played the song from The Godfather before. Although I’m nervous by nature, I love that kind of challenge, it’s an incredible motivator. Thierry’s suggestion that we put on an entire show was really appealing and sounded like a lot of fun. It’s entertaining and fulfilling to get stuck into these pieces.

Thierry Frémaux: Institut Lumière is a film library and a institute dedicated to the history of cinema, so I think paying tribute to the musicians and composers of film songs is part of our mission. Fitting in these kinds of shows between films by Dreyer and Tarkovski is one of the joys of the job. It’s also a way to do justice to the music of French cinema. Film musicians are musicians, period. They are not limited to film. The show does justice the quality of the music of French cinema, to the way music from a film instantly carries you away.

How did you select the songs to include in the show? Did you choose them collaboratively?

Thierry Frémaux: When we met up, we very quickly pulled together a list of songs that had some kind of connection to cinema. It could be a song from a film, a song written by a film director or even a cover version, such as Jean-Louis Aubert’s stunning version of Dis quand reviendras-tu ?. The song was used by Philippe Claudel over the end credits of his film I’ve Loved You So Long.

Jeanne Cherhal: That first set list was four times too long! It’s pretty magical to dive back into original soundtracks, it’s like an endless repertoire that’s constantly being updated. Once we’d put together the first list of around 40 songs, I was really keen to see what they evoked for me. I spent summer 2020 putting the concert together; I followed my intuition, exploring what the pieces inspired in me, the connections I might have with the films. When you’re putting together a repertoire, it’s important to feel that you're well suited to the pieces, that you can bring a little something to them. 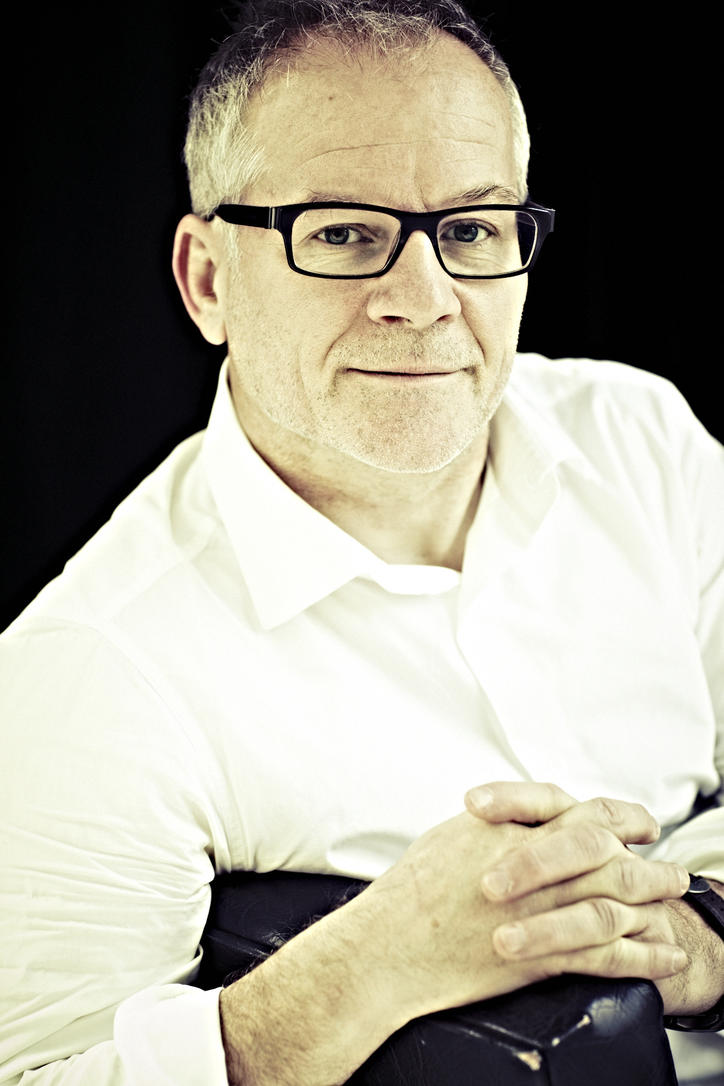 Which songs did you select and why did you choose them?

Jeanne Cherhal: I wanted to perform a version of Jésus revient from the film La Vie est un long fleuve tranquille [Life Is a Long Quiet River]. You might wonder how that song [from a comedy] could fit into a fairly serious repertoire, but for me it’s really romantic! The piece speaks to a lot of people and adds a breath of humour to the concert. That's how I tried to put the set together, intuitively and like a journey through cinema, one that would resemble my own journey as a film lover.

Thierry Frémaux: As well as the song from The Godfather, which is one of my favourite films, there's L’horloger de Saint-Paul [The Clockmaker of St Paul] by Philippe Sarde.

Jeanne Cherhal: Yes, that’s one of the only fully instrumental moments in the show. It’s a theme I've had in my head for twenty years! I also sing the theme song from Cría Cuervos by Carlos Saura, Porque te vas. It’s a film that’s been really important to me and speaks to my memories as a sister. I’m the eldest of three sisters and I hugely identify with the three little sisters in Carlos Saura’s film. The song represents something of my inner journey, but it’s also an homage to these incredible films and original soundtracks that we all have in our heads and that sometimes take on a life beyond the film. Porque te vas is an international hit!

Music and cinema are intimately linked here. Do you think there is an obvious connection between the two?

Thierry Frémaux: Music and cinema are inseparable, although of course that doesn't stop me loving the films of the Dardenne brothers, which have very little music. At Institut Lumière, we’ve paid tribute to Serge Reggiani, and we’ve also hosted Bernard Lavilliers and Alain Chamfort. I’m mad about music and song! Artists and singers have been an ideological vade mecum for me, much more so than certain thinkers. When I was young, I learned more about how to live from Brassens, Ferrat, Aznavour and Ferré than I did from the few ideologues that dominated the discourse back then!

Jeanne Cherhal: For me, they are two forms of art and expression that are like cousins, that are emotionally pretty close. I am very sensitive to the choice of soundtrack and what that says about the film maker. I’m thinking particularly of François Ozon’s last film, Été 85 [Summer of 85]. The original soundtrack says a lot about the period it’s set in! It gives it more soul. 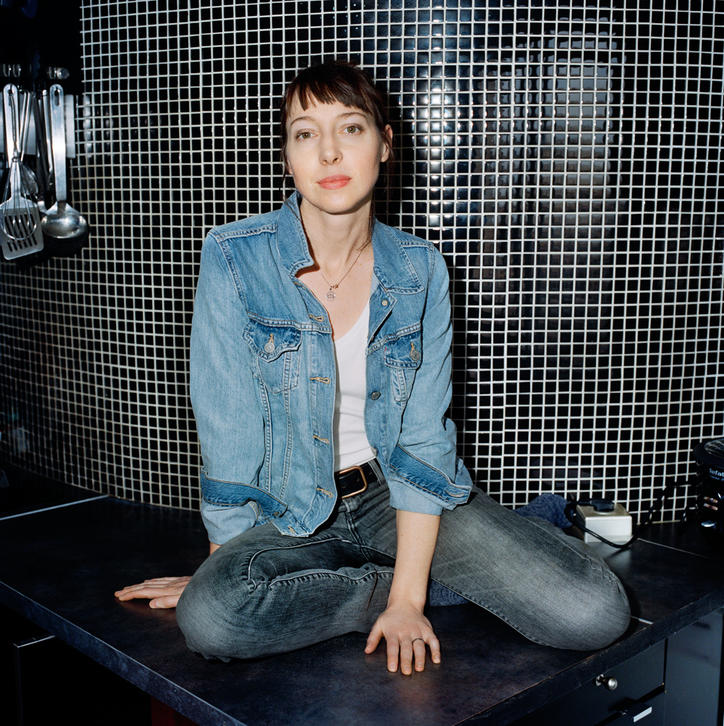 Jeanne, a lot of creative work has gone into these pieces... How have you re-imagined the songs?

Jeanne Cherhal: When I cover a song, I like to really notice the impression it leaves on me. Rather than listening to it over again and copying it note by note, I try to rely on my memory and my inner ear. The only song that I really spent a lot of time relistening to was the theme from The Godfather. I needed to get a precise understanding of the chord chart. But otherwise, I tried to trust my memory. I allowed myself to be guided by what these melodies revealed to me about themselves in terms of harmonic development. I tried things out, I did several versions, I recorded myself then listened back. I took the time to really play and sometimes to make mistakes! I trust mistakes: they can be a gateway to a new direction, a happy accident.

The songs are taken from different films and different periods, and also evoke a wide variety of emotions. In the show, how do you create a connection between the songs?

Jeanne Cherhal: I’ve allowed myself to sometimes talk about my family between the songs. I explain or recount very personal things relating to my choice of songs, even if sometimes I don't want to say a thing. This creates a pretty intimate connection with the audience.

Why did you decide to call the show Cinéma!?

Jeanne Cherhal: It was a provisional title that we settled on very naturally. It’s so to the point that we didn’t try to find anything better. The first time we played it, we were in a cinema with the piano set up in front of the screen. The exclamation mark is a declaration of love for cinema, a way to express just how much I love it and just how essential it is to me.

Thierry Frémaux: And it’s also a kind of response to certain newspapers that keep announcing the death of cinema due to online platforms and the internet. The exclamation point represents happiness, laughter, a smile, all at once. Cinema is not dead!