A journalist for 15 years, in 2008 Laurence Bagot co-founded narrative, a new media production company. Based on the observation that digital technology is everywhere in our lives, it is committed to integrating it into museum culture. Since 2018, she has headed up PXN’s “Collège Expo”, which brings together producers of digital works “in situ”.

What is digital mediation?

Digital mediation is the encounter between technology – that is, the computer and digital industry and the image industry – and cultural institutions, museums, exhibitions and heritage sites. It helps to bring the public to works, and allows them to view them from a different perspective. Because digital technology has changed the relationship with artistic creation: it allows us to tell things differently. Technology is at the service of a given experience.

What are the benefits of digital mediation for museums?

Digital technology allows museums to discover, or rediscover, works by enriching them with experience and storytelling. Watching a work through a virtual reality headset creates, for example, emotions and perceptions that are separate from those related to the original work. Digital technology also makes it possible to show things that no longer exist, such as destroyed historical sites digitally reconstructed as part of the “Cités Millénaires” ("Millennium Cities") exhibition, presented at the Arab World Institute in 2018-2019. Even within a permanent space, digital technology can compensate for the absence of certain works or pieces: thanks to digital technology, they can be recreated so that visitors have temporary or permanent access to them.

How have digital devices been received by the public?

One of the challenges of digital technology in museums is to attract a new audience, which should be regardless of age. Although younger generations are often more comfortable with touch screens, we do not see a generational divide. Because we do everything with technology, it is not an obstacle but “merges” into the desired history or experience. It is an emulator and not an end in itself.

Isn’t there a risk that digital technology will compete with works?

Digital technology will never make works disappear, because nothing replaces the relationship with the original! I remember my face-to-face encounter with Matisse’s La Danse (The Dance): I was gripped by the size of the painting and its colours – and no reproduction could compare with it.  Digital technology does not compete with works; it becomes part of the museum’s journey by adding information and content, and enhancing the perception of the work. It makes it possible, as it were, to present “augmented” works. We must always start by asking ourselves whether there is a real need for digital mediation. If it is of educational or experiential interest, then yes, digital mediation has a purpose.

Digital technology does not compete with works; it becomes part of the museum’s journey by adding information and content, and enhancing the perception of the work.

Which digital experiences have stood out to you recently?

I would mention Terre Urbaine (Urban Land), a spectacular immersive experience produced by Escalenta and based on an innovative animated data visualisation process capable of transforming data series into graphic animation. It's both a cognitive experience - it teaches us new things - and an experiential show. Presented in Paris at the Cité des Sciences (City of Sciences) in 2016 and 2017, it was also awarded the Kantar Prize for the Best Data Visualisation Work in a Non-English Language in 2016.

At narrative, we launched immersive sound trails for visitors to the Château de Vaux le Vicomte in early 2019. Thanks to a headset and a “narrativePod” that broadcasts content in binaural sound, the visitor is welcomed by the protagonists of the time, La Fontaine, Molière, Vatel and Fouquet. You can even meet Louis XIV, who visited Vaux once and left mad with jealousy. Adding sound transforms the rooms of the château into inhabited, living, incarnate places. The visitor is at the heart of this great story. Technology makes it possible to reveal the intangible heritage – the history of the château – without touching the heritage setting.

In 2018 you decided to create Collège Expo within the PXN Association of Digital Experience Producers. You are co-ordinating a joint reflection on digital creation in museums and exhibition venues. What is its role?

The association of Digital Experience Producers, PXN, was created in 2015 with around 15 producers initially, working in "new audiovisual writing ". We now number over 70! PXN’s Collège Expo brings together around 20 of these producers, who create works that are physically shown in spaces (museums, exhibitions and cultural venues), and not just on the web or through apps. The idea is to be a group that both reflects and looks forward, and to create synergies, for example to respond to calls for tender together, or to act as an intermediary for the ecosystem. We used to work on our own, when we are actually all facing the same issues. We want to come up with new ideas together.

How do you think digital creation can be further promoted in France?

France is at the forefront of all these new digital formats, thanks to the importance of three highly dynamic players: the image industry, the IT and digital industry, and the culture industry. We have professionals who think and innovate, and an ecosystem, often linked to the state, that allows us to establish a real dialogue and an economy. Digital mediation is the conjunction and meeting point between these three sectors.

Further promoting digital creation is a challenge for the future. There are currently few places to show digital creation. One way of responding to this need would be to think about a project to take the works on tour, to present them in media libraries and art centres. Why not imagine creating pop-ups, to put these digital works on show and bring these new experiences to as many people as possible? 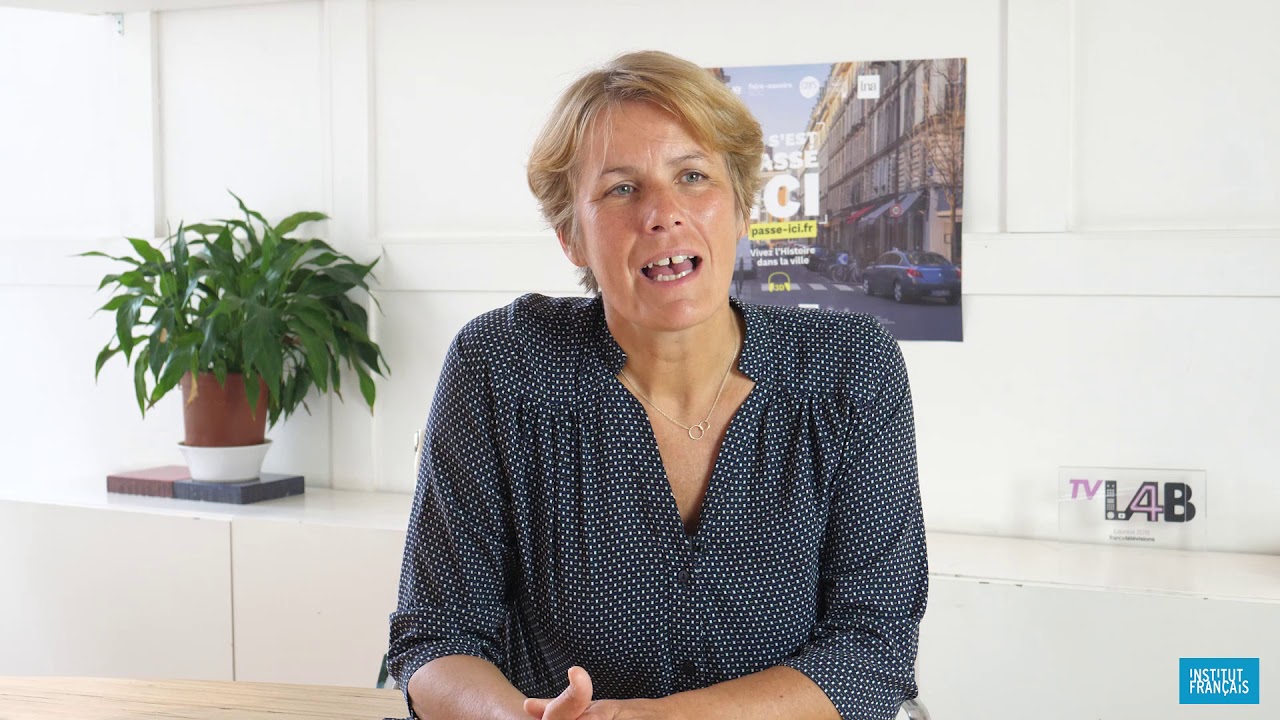 In June 2019 Laurence Bagot took part in the Focus on Digital Mediation organised by the Institut français, which aims to promote the international export of French expertise.

Find out more about the Focus on digital mediation.