I draw my vocabulary from nature

Bright colours, lush nature and wild animals inhabit the great panoramas of Laurent Moreau, a lover of gouache and childhood wanderings, the author and illustrator of Jouer dehors (Play Outside, 2018), an album acclaimed at the 2018 Montreuil Children’s Book Fair. At the end of October he will share his work with Moroccan and Cypriot schoolchildren.

What is the story behind Jouer dehors?

Jouer dehors tells the story of two children playing in a house. They run one after the other heckling as their mother orders them to play outside. They go out and discover the surroundings of their seaside home. They discover fauna and flora. One of the boys throws his kite and it slowly guides us through landscapes. The jungle, the sea ice...we then dive into great panoramas, always with the seabed in the foreground; then, a little further on, the edge of the water; then we move away to the distant horizon. And on these different levels, I have fun placing plants, animals and two children, too, that the reader is led on a journey to find.

Can you tell us about the different stages that have marked the life of this album, from your first sketches to the video conference that you will give at the end of October for Moroccan and Cypriot students?

This book is the result of a long collaboration with the publishers Hélium, an independent house founded by Sophie Giraud. Since Les Beaux Instants (Beautiful Moments, 2010), my first book published by them, we have been working hand in hand: I talk to my editor about my ideas and I show her my first sketches when it is still in early stages.

Jouer dehors was released in 2018: the album was selected shortly after by a reading committee at the Montreuil Children’s Book Fair the same year, featuring among a dozen books. Spotted on this occasion, the Institut français suggested I talked to children through a series of video conferences, which would be an opportunity to talk with them, to perceive and understand their feelings, and also to explain my work to them. I enjoy these moments of interaction with my young audience, which are similar to my interactions in school classes. My only regret every time is that I can't draw with them in person!

Where do all these animals that you draw come from?

These animals come straight from my childhood, for sure. I grew up in the countryside, in Brittany, next to Vitré, in a house a stone’s throw from my grandparents’ farm — I come from a family of farmers. My parents’ house was surrounded by cows, horses, sheep etc. But I have more of an affinity with trees and plants. I spent my childhood playing outside: in the trees, in the fields... All these moments come back to me repeatedly and spontaneously! Even though I live in the city today, it is from nature that I continue to draw my vocabulary.

For Jouer dehors I drew almost 250 animals. I had to get to know some of them, understand how and with whom they lived etc. I spent as much time researching as doing the work.

In a context of global warming and the disappearance of species, is drawing an animal also a political gesture?

My drawing does not necessarily depend on political engagement: I just wanted to draw a rich and lush nature. However, without necessarily being prepared for it, I felt that the subject of climate could be relevant. Based on an idea from my editor, we decided to include an index at the end of the book that lists all the animals in the album accompanied by a graphic code to define whether or not they are in danger of extinction, or even in critical danger, from the least to the most vulnerable.

Tell us about your technique. Do you use pencils, brushes or digital technology?

I only work in the traditional way, without totally rejecting modernity: digital technology can be part of a stage, but it is not an end in itself. I draw using pencil or felt-tipped pen in my notebooks, and sometimes I also use collage. More recently, I have focused on painting. I mainly use gouache, which I love for its malleability. It allows me to extend the drawing process without lifting the pencil... Whichever tool I work with I always give pride of place to colours, taking care to highlight their intensity.

Just like a photographer, I like to see the image develop layer after layer, until the moment when I feel something very physical that tells me, like a thrill: “It's done. ”

Has drawing always been part of your life?

I've been drawing since I was a child. Like all children, really! And then there's the point when children start feeling frustrated or compare themselves to each other. Then there are the children who decide that they are not made for it and who stop drawing - they stay at the drawing level they have attained when they are 6 or 7 - and then there are the children who continue because they have been encouraged to do so. Whenever I go to a class, there is always the teacher who refers to “the artist in the class”. I was that child. I was always told I was drawing well - it definitely helped! But it was much later that I learned that drawing could become a profession. Comics were a world that didn't suit me completely, so I vanished into the shelves of the children's books, with the intimate sense that the drawings I discovered were familiar to me.

Just like a photographer, I like to see the image develop layer after layer, until the moment when I feel something very physical that tells me, like a thrill: “It's done. ”

Also, in a more literary register, which is not unrelated to childhood, you ended up illustrating Jacques Prévert. Has he always been a reference for you?

Like everyone else, I recited Jacques Prévert at school, but I mostly rediscovered his poems when Éditions Gallimard asked me to illustrate some of them in black and white (Poems by Jacques Prévert, 2010). This first project opened the door to others: I was regularly asked to illustrate Prévert, in particular by the press. The latest is the release, again by Éditions Gallimard, of his Contes pour enfants pas sages (Tales for Unwise Children, 2016). I love Jacques Prévert's surrealist writing, and I'm surprised every time: there are things that are very tender, very sweet, with touches of quirkiness.

Find out more about the Work Jouer dehors 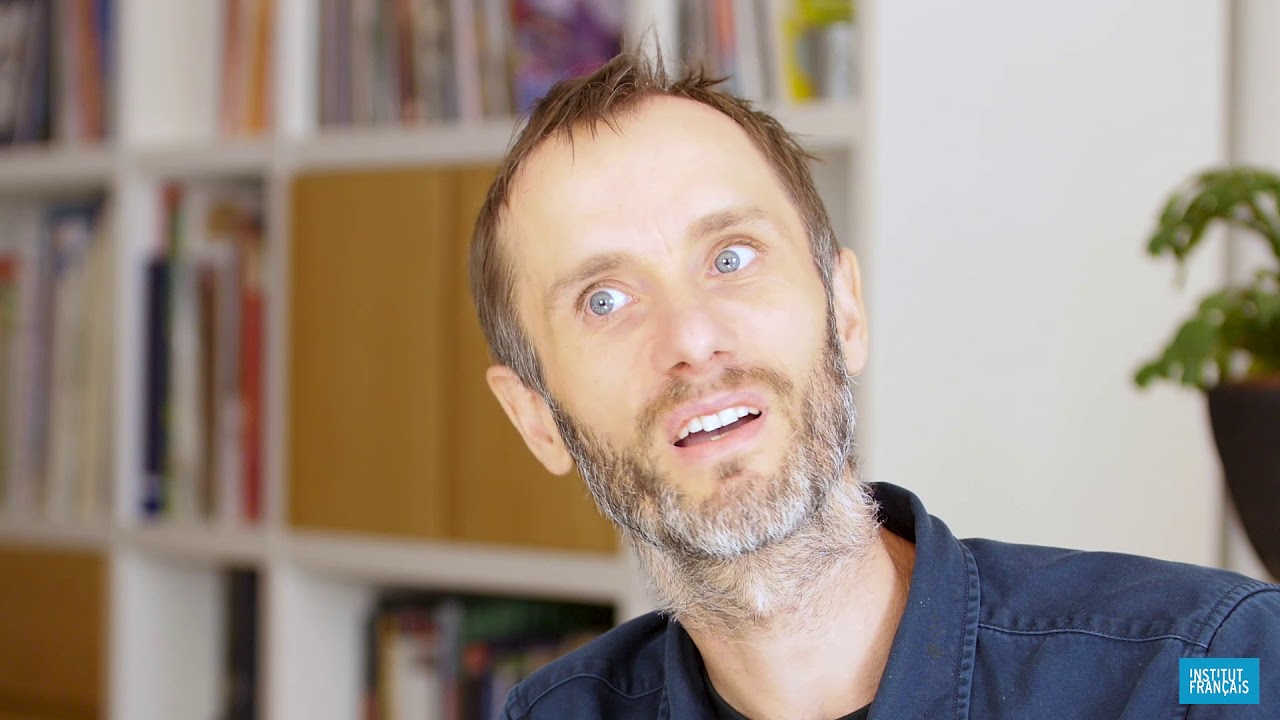 Interview with Laurent Moreau, author and illustrator of Jouer dehors
The Institut français and the project
Image

Laurent Moreau will discuss his work with Moroccan and Cypriot students on 23 October 2019 during a video conference dedicated to his album. He will also draw live.