The artists Luz Moreno and Anaïs Silvestro work with food products to tell numerous stories. During a residency at the Villa Kujoyama, in Japan, they developed a ceremony for the olive tree that they intend to pursue during a post-residency at Maubuisson Abbey.

Let us look back at your different careers. How did you come to culinary art ?

Luz : I am Spanish, and I came to Paris when I was 18, to join the École des Arts Décoratifs (Decorative arts school), where I spent five years studying scenography. I also began to work in theatre, where I felt that the role of the five senses was not sufficiently considered in interactions with audiences. So, I wanted to include smell and taste in my work, and for that I applied for a post diploma in culinary design at the l’ESAD (Ecole supérieure d’art et de design), in Reims. The idea was to combine art, design, and cooking, and that is where I met Anaïs.

Anaïs : In my case, I discovered culinary design at high school, in my applied arts classes. After studying fashion design, I realised I was most interested in the transformation of the body, whether through clothing or other means. I therefore developed a project on digestion when I joined the post-diploma course at the ESAD where I met Luz.

After you met at the ESAD, in Reims, what sparked off the desire to work together ?

Luz : We were only three students in this post-diploma course that no longer exists today. Anaïs and I got in touch immediately to find a place to live in Reims, and we soon began living together. After that, collaborating seemed perfectly natural.

Anaïs : We quickly developed different projects, one about butter, which took us to the Big Food Salon, in Matadero, Madrid. In Spain, butter is not a common ingredient, so we chose to stage it and offer a tasting to discover it in different ways. 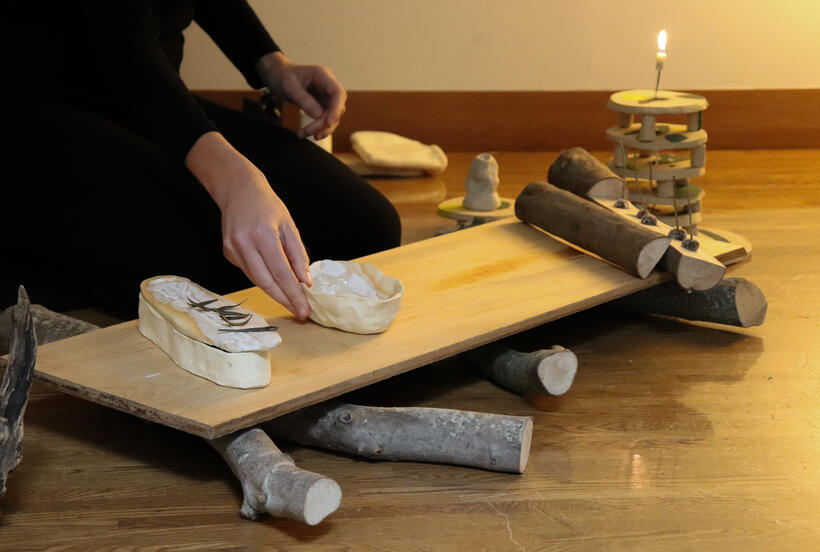 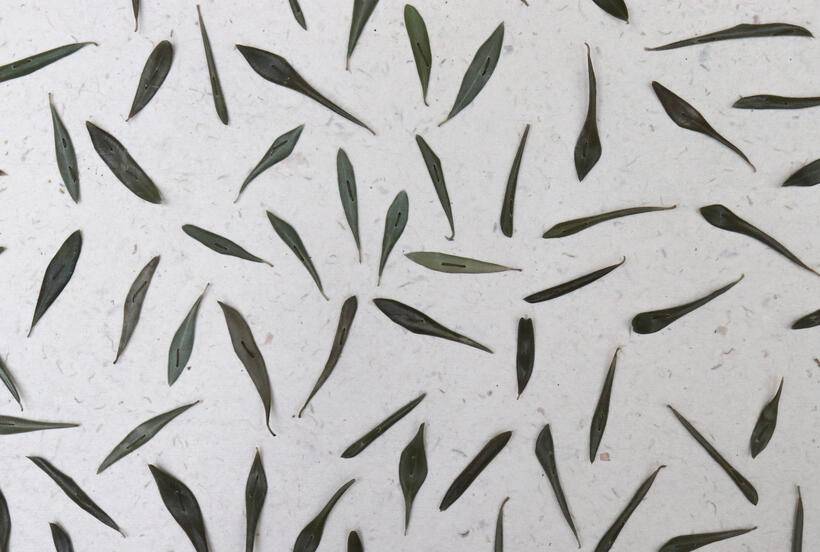 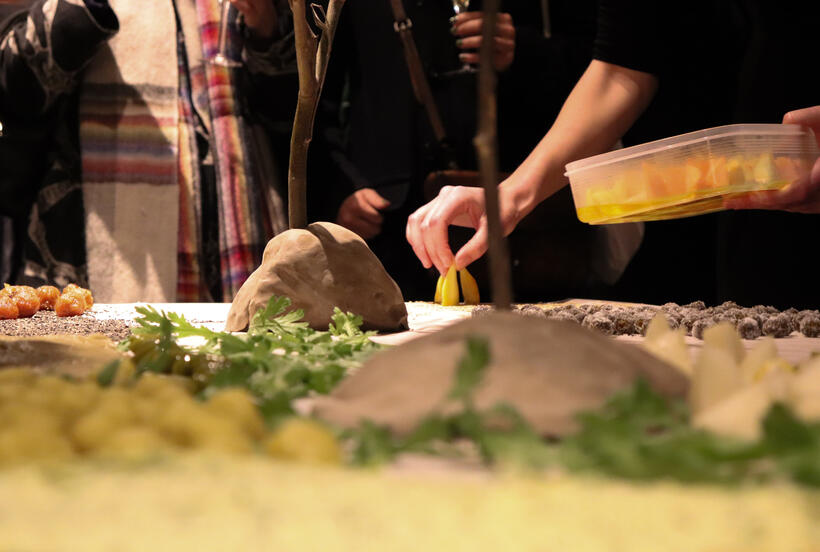 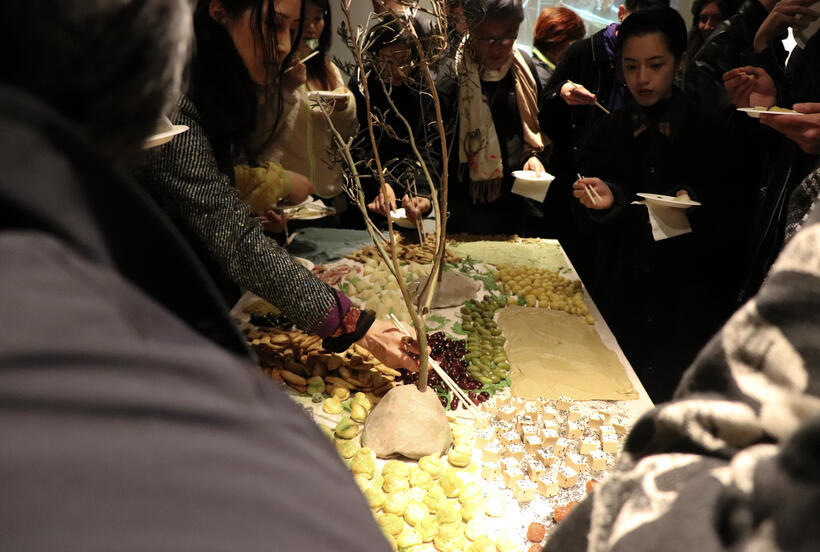 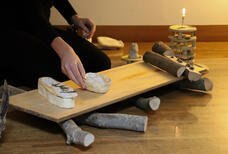 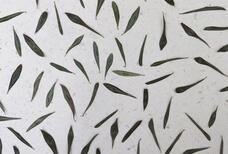 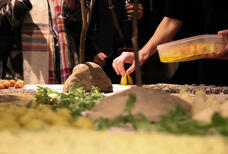 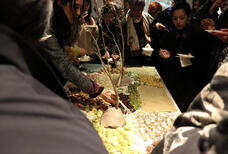 How would you define your practice, at the crossroads of art and cooking ?

Anaïs : There are very few culinary designers, as such, in France. So, we always said there are as many definitions of culinary design as there are culinary designers. In any event, there is the idea of exploring an amusing field, which decompartmentalizes the legacy of French gastronomy. What interests us, is really to enhance the value of food and the stories of people who work on ingredients that we all cook with but pay little attention to, like butter or olive oil. Finally, our goal is to tell stories. For example, when we tell the story of the mimosa tree, the carrot, or the olive tree, we treat them like characters. The sensory aspect is also extremely important, which also leads us to collaborate with live performance.

You attended a residency at Villa Kujoyama, in Kyoto, in 2019. What project did you develop there ?

Luz : To start with, you could link it to our first project on butter, the one we developed in Spain. I am Spanish, and I am used to saying I have olive oil in my blood. Anaïs comes from the South of France, so it’s similar for her. Working on olive oil, we discovered that Japan also produces olive oil, and that it is considered among the best in the world, something we found surprising. We spent a month with an olive cultivator, which was an opportunity to see that they work very differently. Every olive is hand-picked, because they do not want the tree to suffer, and this gives rise to an incredible choreography and an exceptional product. 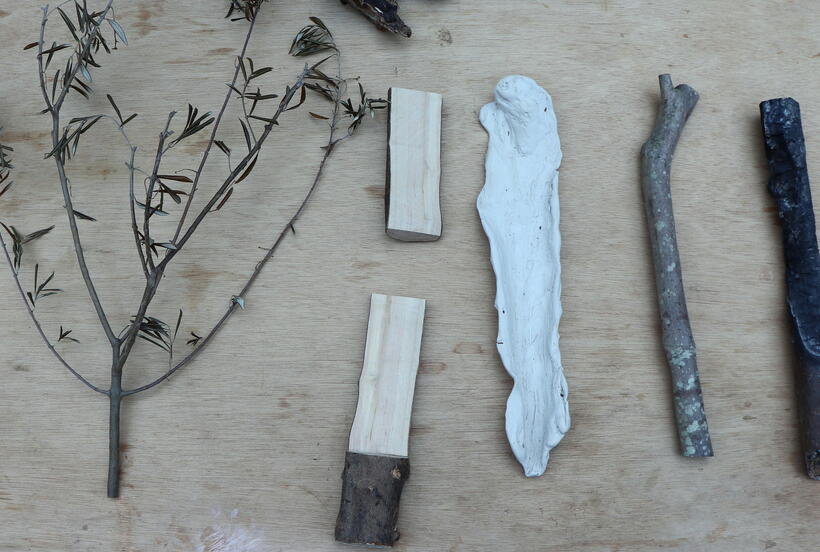 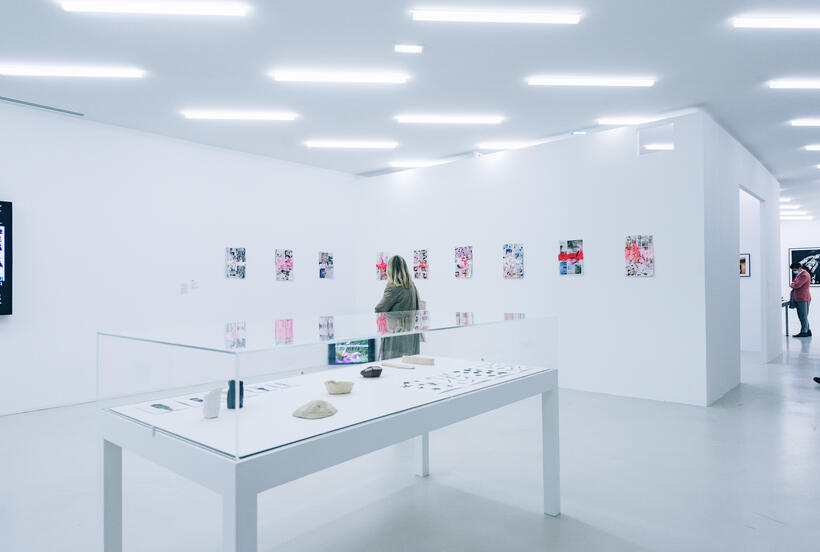 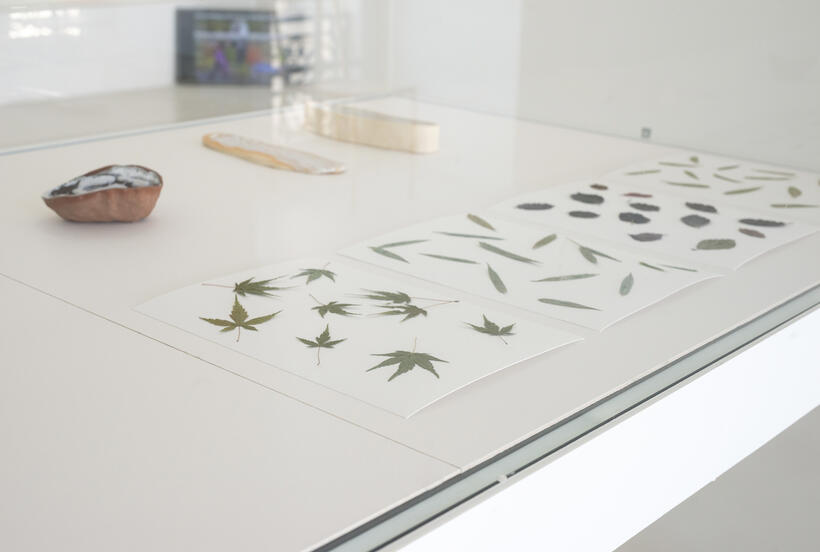 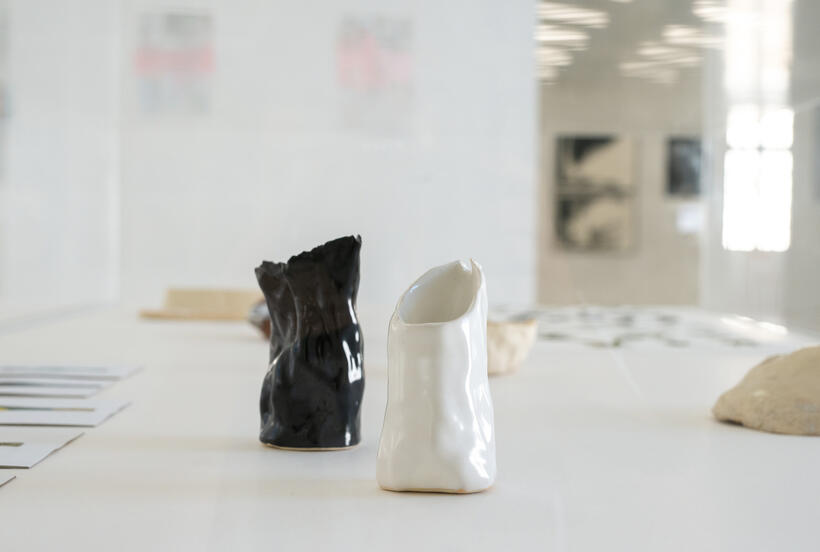 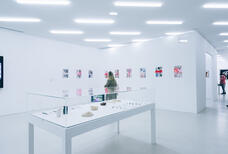 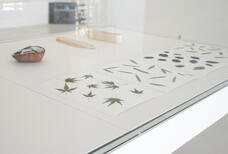 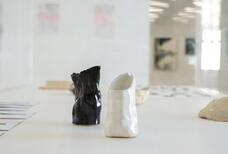 What did you gain from Japan ?

Luz : In this culture, the respect for life is phenomenal. The discovery of this philosophy led us to want to create a ceremony to honour the olive tree. The residency allowed us to meet several crafts people, who had a huge influence on us. All the bowls used in this ceremony were made with earth we gathered near Kyoto, following a Japanese technique that consists in creating the enamel from olive wood ashes. Some tools were also made from olive wood. The aim was really to celebrate every aspect of this incredible tree.

Anaïs : It was my first visit to Japan, and I was struck by the existence of a real sensory art. The way people approach the environment is very different there, even in everyday life. For example, in Tokyo, one of the most densely populated cities in the works, I was struck by the silence. The first time I attended a tea ceremony, I wanted us to use these rituals as an inspiration, Thanks to Daniel Pescio, an olfactory artist and perfumer, who was also in residency at Villa Kujoyama, we attended a kōdō ceremony (an olfactory ceremony). We invited him to our post-residency at Maubuisson Abbey.

You are now going to attend a post-residency at Maubuisson Abbey. What do expect from it ?

Luz : The residency at Villa Kujoyama allowed us to create a first version of this ceremony and to publish a book describing it. We now want to use this time at Maubuisson Abbey to develop a second part of the ceremony that maintains a very strong connection to Japan and its philosophy. We intend to present it in spring 2022. We really want to draw inspiration from everything we will experience at the site. It is very important for us to wait till the site permeates us, and not necessarily to plan everything in advance. This is something we learnt in Japan: the importance of living in the present moment. It is hence impossible to anticipate a work, before we experience this Abbey and its unique olive tree, and we are impatient to get to know it.

The Institut français and the artists
Image

Luz Moreno and Anaïs Silvestro were laureates of Villa Kujoyama in 2019. Villa Kujoyama is an artistic establishment of the cultural cooperation network of the Ministry of Europe and Foreign Affairs. Reporting to the Institut français in Japan, it acts in coordination with the Institut français and benefits from the support of the Bettencourt Schueller Foundation, which is its main sponsor.

Find out more about Villa Kujoyama

Culinary artists Luz Moreno and Anaïs Silvestro are currently carrying out a post-residency at the Abbaye de Maubuisson, a partner of Villa Kujoyama, as part of the post-residency support offered to its laureates.

Find out more about the Maubuisson Abbey

Image
Close up
Second Square 2018: a summer in Israel