What matters is expressing things in a unique way

When your surname and first name are not enough to make you feel special, you can express your uniqueness in writing. Autobiographie de l’étranger (Autobiography of a Foreigner) looks back on the Franco-Québécois journey of its author, Marie-Ève Lacasse, who made books her home.

Your latest novel is called Autobiographie de l’étranger. Who is the foreigner in it?

I was born in Canada in 1982, on the Quebec-Ontario border in Ottawa. They speak French, English and “Franglais” there. It is a region with a very strong identity complex. People from Ottawa never been very supportive of the policies of separation from the rest of Quebec; and at the same time, it is too remote from the English-speaking world to feel fully part of the “ROC” (Rest of Canada). It is an intertwining world, situated between the Francophone world of Catholic origin and the Puritan Anglo-Saxon world. I grew up in Canada until I was 20, then came to Paris to study and then work. My book looks back on those moments when I felt like a foreigner - and it wasn't just about geographical or identity issues. You can feel alien in your environment, because your sexual orientation is not that of the majority, because you speak another language at home...

How did you start writing?

I knew very early on that I wanted to write. I published my first book at the age of 14 with a small publisher. I had the impression that writing would remain a parallel activity, that I would have a more stable profession...for me, saying “I am a writer” was as abstract as declaring myself a poet or philosopher. I didn't grow up in an environment that fostered that kind of dream. But my voracious desire for reading and writing is part of me no matter what I do. At 22-23 I published one book, then another. I still saw it as a sideshow. Thinking of myself as a writer scared me for economic reasons, for the sacrifices that it entails and the effect that writing can have on your personal life and those around you.

Why did you first publish under a pen name, Clara Ness? Then abandon it?

I thought that an alias would give me more freedom... I wondered again if I should use it for Peggy dans les phares (Peggy in the Headlights) in 2017. This book corresponded to a period of freedom in my life when I thought I was going to take it all on. Especially since it is never really your own biographical identity, your official identity profile, who is writing, but the persona of the author. In the end, I accepted that we only ever give a subjective view of a given fact and I was freed from these questions of protection, of desire of love, of censorship...so I wrote under my real name.

In Autobiographie de l’étranger, this real name becomes a literary subject itself...

Yes, I mention this first name and surname, which are very common in Canada – the equivalent of Sophie Dupont in France. This replays both the “drama” of my life and its existential engine: I live with the panicked fear of drowning in repetition. I grew up in an American-style residential area, with little houses that all look alike, common hobbies and common ways of thinking. I went to a convent school which required wearing uniform. I felt like I was being erased in a uniformity where the most personal expression of uniqueness was always forbidden. The fact that my name was so common was almost an insult to the anguish of feeling so unique - my desire for the pseudonym was also linked to the fantasy of forging myself an entirely literary identity! Then, at one point, I questioned this ultra-banality and the fairly Western desire to be unique. We often fetishize our journey when we experience many of the same things: love, bereavement, friendship etc. What matters is expressing things in a unique way, and not having the most spectacular or miserable journey.

What process led to the book's existence?

This autobiography was imposed on me. I wanted to write another fiction book called La Fête (The Feast), for which I applied for a scholarship to research indigenous revolutions. I started out in a rather academic way. I wanted to meet researchers, journalists, stay on a reserve, build a small archive, read texts and thus immerse myself in the very strong insurgency that Canada has experienced in recent years with the indigenous uprising. I moved to Ottawa in February 2018, and alongside this programme, I took notes in the form of a journal. I used to call them “mentions marginales” (“notes in the margin”), where I would offer personal reflections on my relationship with Canada. Why I went so far. Why I went so far to try to understand myself…I kept working on La Fête, which I wrote in a controlled way. I let go of the reins and my parallel book became the real book. All the themes I was trying to cover in La Fête are found in Autobiographie de l’étranger, but in a much more intimate and personal form.

The book also pays homage to the literature that made you. What reading specifically accompanied the writing of this book?

I've reached out to a lot of so-called “foreign” writers, or writers who have addressed the issue of exile, either because they've exiled themselves or because they've been in conflict with their geographical identity. I am thinking of Joseph Conrad, who wrote all his life in a language that was not his own...I am thinking of Mishima and his autobiographical exercise, Confessions of a Mask. I am thinking of Novalis and a quote from Ofterdingen’Henri: “Where are we going, then? – Home, always. ” I’m also thinking of Dante and W.G. Sebald with The Emigrants. When we go very far from home, books become our home. 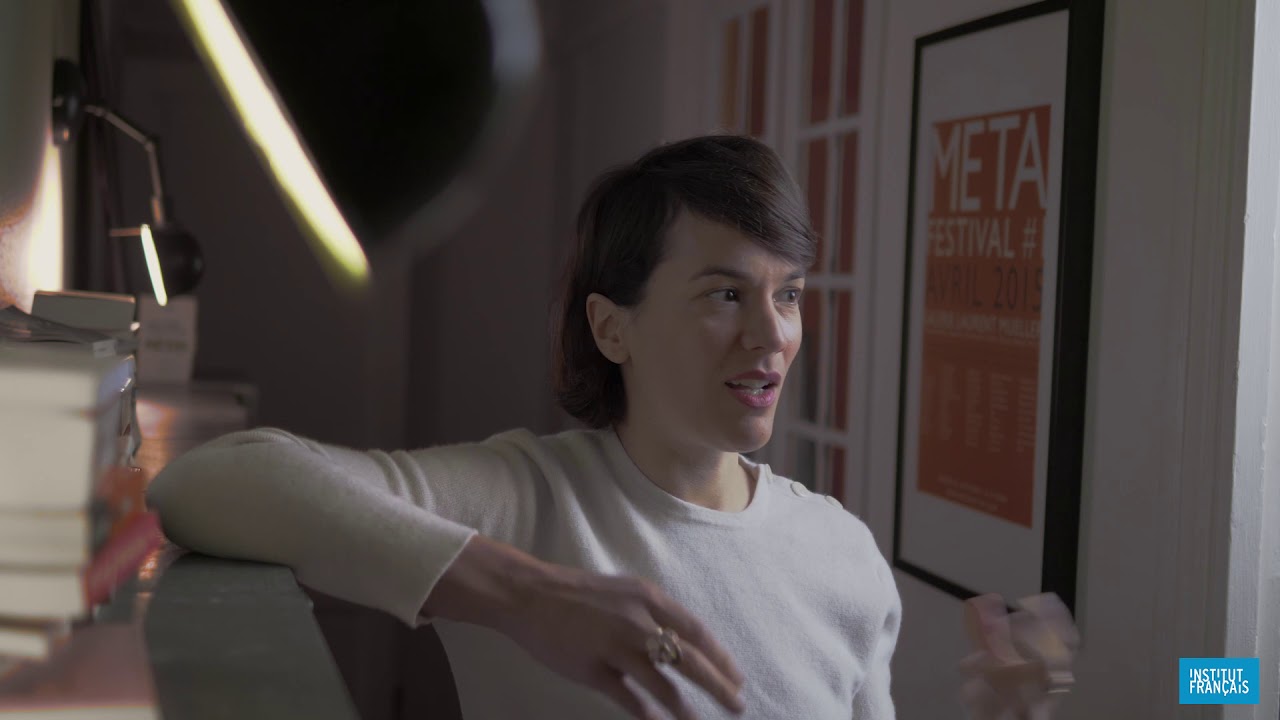 Winner of an Institut français Stendhal Residency, Marie-Ève Lacasse was in Canada in 2018.