There are many indigenous artists in Brazil who deconstruct stereotypes, break down narrative forms and suggest alternative production models.

Visual artist, documentary filmmaker, and now feature film director, Maya Da-Rin has gained a reputation with her uniquely atmospheric works at numerous film festivals. As her first feature film, The Fever is released, she talks about her rich career and the genesis of this ambitious project.

Graduate of Le Fresnoy with a master's degree in the history of cinema from the Sorbonne-Nouvelle, you began your career combining installations and documentaries. Can you tell us a little about your history?

I started my career at the age of 17 as an intern for the art department of a television channel, then I worked for a few years as an assistant director while starting to create my own films. In my early attempts, I often chose to mix different media such as photography, video, super 8 or 35mm, where sound has always played a predominant role. All of my films deal with issues related to territory such as displacement, belonging and orality. In 2010, I arrived in France as part of the Fresnoy residency programme and I was able to make my first installations. After obtaining a grant to write a feature film, I enrolled in a master's programme at Paris-III where I did research into the presence of animals in contemporary cinema, while writing the screenplay for The Fever.

During your studies and your personal discoveries, what were the major sources of inspiration for your work? Do you have any favourite filmmakers or works?

It seems to me that influences are usually more unconscious than truly conscious and they come from very different places. For me, the ideas come mainly from conversations with people I meet, from what I feel in certain places and from things I observe. Often I find myself writing dialogue inspired by a conversation I overhear in the street or simply by what I read in a newspaper. I don't have any favourite films but there are several filmmakers whose work I admire. For example, some films were particularly important for The Fever, such as Yasujiro Ozu's The Taste of Sake, as well as the work of Brazilian directors such as Andrea Tonacci, Vincent Carelli or Sueli and Isael Maxakali. Nowadays, there are many indigenous artists in Brazil who deconstruct stereotypes, break down narrative forms and suggest alternative production models.

After several documentaries, including two shots in the Amazon, you have just directed your first feature film, The Fever. What was the starting point for this project?

While shooting my documentaries on the border between Brazil, Colombia and Peru, I met indigenous families who had migrated from their villages in the heart of the forest to the cities. I ended up becoming friends with one of them and our conversations gradually made me want to make a feature film about it. So I decided to shoot The Fever in Manaus, a city that embodies the contrast between different societal norms in its history and landscape. On the one hand, there are the forms of social organisation favoured by the Amerindian societies native to this area, and on the other, we oppose them with our Western social project, colonial and capitalist, which has given us the Industrial Park and the urbanisation of the city. In the end, it pays little attention to the forest, its life forms and its knowledge.

Cinema is a construct and it seems to me that fiction and fantasy, even in the case of documentary cinema, can offer space to create more accurate narratives from shared experiences.

We wanted to create a truly atmospheric film with latent tension and a sense of unease. How did the shooting go?

I think that when you reveal too much, you prevent the viewer from seeing anything at all. I felt I couldn't reveal more than the character knew about himself. The protagonist of The Fever has to face up to feelings that were lying dormant and I felt it was important to generate the same kind of confusion and emptiness in the viewer. Atmosphere was a crucial part of this, and I wondered how his fever could slowly spread as the film progressed to touch the audience. During the shoot we rehearsed each scene several times to find the right tone. As I don't speak Toucano, we alternated with Portuguese and this change of language created an instability, but also a freshness that was often lost during rehearsals. We talked a lot about translation from one language to another, what could not be translated, what was lost or gained.

The Fever surprises us with its powerful sound design. Were you trying to make a genre film when you started directing it?

I had no intention of working with the codes of genre cinema. I was more interested in forms of narrative construction found in Desana cosmology, which often break with causal logic, as well as the dichotomies between dream and reality or between humanity and animality. Sound director Felippe Mussel noticed a great similarity between the sound of the insects with their high-pitched whistles and some of the machinery used in the port area. We tried to create compositions by combining sounds from the harbour and the forest to the point where it was no longer possible to identify their origin. I wanted to understand how these natural and industrial environments affected my character physically and psychologically. These repetitive sounds lead to a hypnotic state that resonates with the feverish atmosphere of the film.

Your film deals with themes of integration, racism and loneliness. What part did your experience as a documentary filmmaker play in your quest for realism?

Actually, I don't feel much affinity with realism or naturalism. The search for authenticity makes me feel uncomfortable and I sometimes feel like I'm in a zoo. Cinema often plays this role and, even if the camera is placed outside, there are still bars between the two and someone inside. The earliest audiovisual recordings we have of the Amazon are travelogue films that aim to portray Amerindian peoples authentically, but ultimately they are highly racist. Cinema is a construct and it seems to me that fiction and fantasy, even in the case of documentary cinema, can offer space to create more accurate narratives from shared experiences. 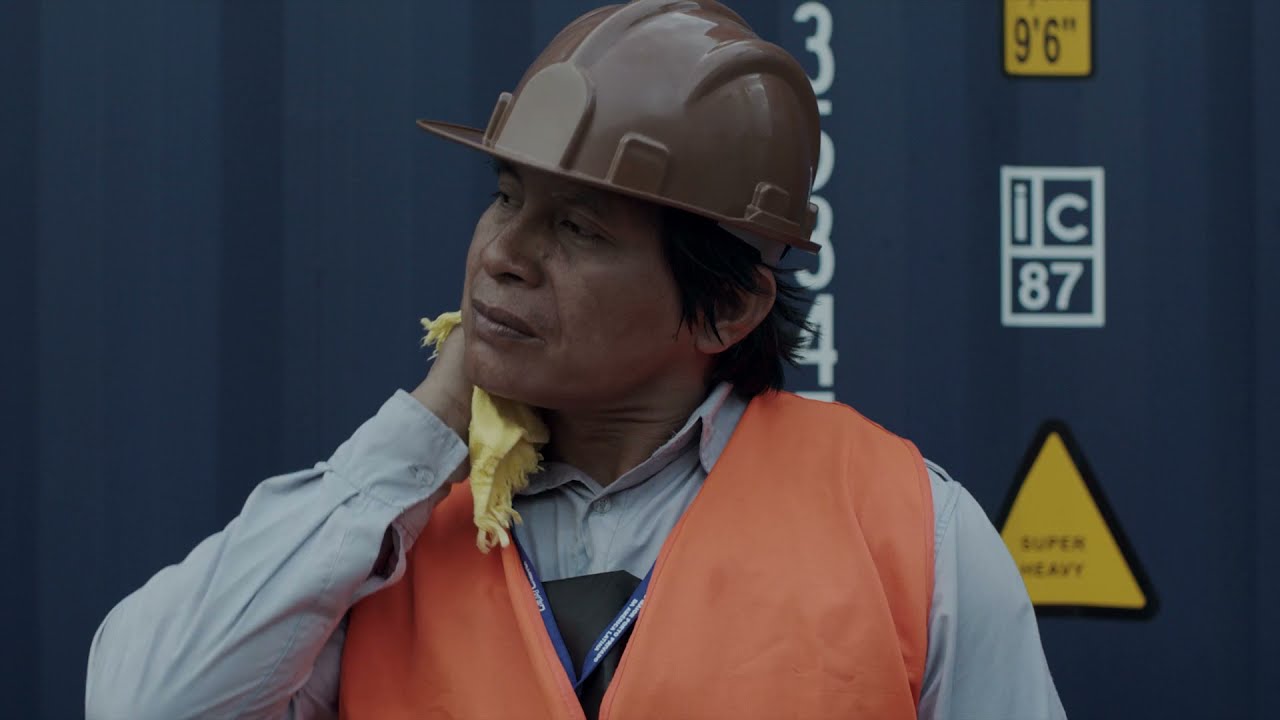 The Fever is co-produced by the German director Maren Ade, known to audiences for Toni Erdmann. How did you meet her and how did she decide to invest in your film?

I first met Zsuzsanna Kiraly, project coordinator at Komplizen, at the Torino Film Lab. She happened to like the project and we stayed in touch for a while. Then she introduced me to Janine Jockwiski and when we secured support from the World Cinema Fund, we decided to work together. I finally met Maren Ade in Locarno at the première of The Fever. I like Toni Erdmann very much, along with many other films produced by Komplizen: it is a very special production company, which believes in true auteur cinema.

You took part in the Institut français' Fabrique Cinéma in 2016, a programme that allows young directors to go to the Cannes Film Festival to develop their project. What are your memories of this event and how did it help you in your career?

The previous year, I had taken part in the Cinefondation residency programme with The Fever and it was a complete immersion in screenwriting. At the Fabrique, we had the opportunity to meet potential partners, distributors and programmers. I went to Cannes with my Brazilian co-producer Leonardo Mecchi. At that time, we already had a partnership with our French co-producers, Juliette Lepoutre and Pierre Menahem from Still Moving, who were closely involved with the project. All this happened during a very important year for Brazilian cinema when Kleber Mendonça Filho presented Aquarius in the official competition. The film's crew demonstrated against the impeachment of President Dilma Rousseff on the steps of the Palais des Festivals, drawing international press attention to the situation in Brazil.

The Fever was released in Brazil last November and will be released in France on 30 June. What has been the public response in your country and how do you feel about the release of the film in France?

Audiences have been highly engaged with the film in Brazil and we have had very touching feedback. Because of the pandemic, The Fever was released in cinemas and on streaming platforms simultaneously so that viewers could watch it at home, especially on Netflix Brazil. We also organised a number of events so the film could be shown to Amerindian audiences and I received moving comments where some people spoke of the feeling of having been represented and of seeing, for the first time, a film in their native language. We are now waiting for the French release. Guillaume Morel at Survivance, our distributor, is doing a remarkable job despite the current crisis. I spent many hours in the cinema when I lived in France and I am delighted it is being shown on the big screen over here.

The Institut français and the filmmaker
Image

The Fever by Maya Da-Rin benefited from the support of La Fabrique Cinema. This programme promotes the emergence of young creation from Southern countries on the international market.

The Fever was also supported by the Aide aux cinémas du monde fund. This Institut français programme provides support to foreign film-makers for film projects co-produced with France, whether they be feature-length fiction, animated films or creative documentaries.