The propositions focus as much on exchanges as rifts, as much on what is shared as what is left out, what is visible as to what is invisible, what is forgotten and what remains...

For the first time, the Musée national de l’histoire de l’immigration ((National Museum of the History of Immigration) in Paris and the Museum of African Contemporary Art Al Maaden (MACAAL) in Marrakesh are showing the links between their collections. The exhibition Ce qui s’oublie et ce qui reste (What is forgotten and what remains) questions the concept of transmission through the artworks of eighteen artists from the African continent and its diasporas. The exhibition was initially planned for 9 March to 11 July 2021 as part of Africa2020 Season, but exists in virtual format for now. The two exhibition curators Meriem Berrada, MACAAL artistic director, and Isabelle Renard, head of the collections and exhibitions department of the Musée national de l’histoire de l’immigration, speak to us about works that reveal what has been buried.

Where does the exhibition’s poetic and such expressive title, “Ce qui s’oublie et ce qui reste”, come from?

Meriem Berrada: To answer Africa2020 Season’s invitation to “look at and understand the world from an African point of view”, I found it important to question a common and universal base. Whether you’re born in Cotonou, Rabat or Paris, the question of transmission – of what you keep and what is forgotten consciously or involuntarily – is inherent to our human nature.

Isabelle Renard: And the title corresponds to the spirit of this exhibition. We question this handover of fragments of memory, knowledge and expertise, traditions and objects. We do not go through data, maps, statistics, but rather through artistic proposals that question us and lead us to see things differently. We discover how artists capture in their works the heritage that has been passed on through generations and migrations, and how they also translate the fragilities and limits, losses and ruptures of this transfer. Several mediums: fabrics, installations, videos, paintings, photographs, that focus as much on exchanges as rifts, as much to what is shared as what is left out, to what is visible as what is invisible, to what is forgotten and what remains…

MB: For example, South African artist Lerato Shadi, who works on the presence of the black community in the public space, gives visitors the opportunity to erase names that she had previously written on the walls. However these names are the names of women subjected to racism who have been forgotten by history. By inviting the visitor to reproduce a historical erasure, the artist plays the role of transmitter and leads us to question ourselves about our responsibility. Another example: “Langue maternelle” (Mother Tongue) (2002) by the artist Zineb Sedira, whose parents are Algerian, is a video installation on three screens where you follow three conversations between three generations of the same family. The mother, daughter and grandmother each express themselves in their usual language, the grandmother and the little girl can’t manage to communicate...

How do the works enable the connection between individual memories and collective representations to be made?

IR: The works open up to the universal, often inspired by personal or family paths. In Thabrate (“The Letter” in Berber, 2018), the Moroccan artist, Badr El Hammami, who now lives in France, unearthed objects belonging to his father. There are newspapers and postcards, but also magnetic cassette tapes that enabled Moroccans who came to work in France to correspond with their families. The artist tells a personal story, his father’s. But he also questions the great History of a diaspora.

MB: M’barek Bouhchichi also takes inspiration from his story to show discriminations experienced by black Berbers in South Morocco artistically. They were historically excluded from owning property, and could farm the land of the “whites” for 1/5th of the harvests. The artist materialises a socio-economic imbalance through a series of life-size sculptures made in oxidised metal. He systematically extracts 1/5th of the same shape to cover it in copper and reverse the colours traditionally associated with dominants/dominated. In this work, the title of which pays tribute to a poet who attacks inequalities, black becomes the majority.

How did you go about the work undertaken jointly between the Musée national de l’histoire de l’immigration and Museum of African Contemporary Art Al Maaden. Did the health crisis make communication complicated?

IR: When N'Goné Fall, Curator of the Africa2020 Season, asked us to invite Meriem Berrada to curate this exhibition, we brought together two young museums, one of which public which opened in 2007 and is orientated towards the History of migrations, and the other private opened in 2016 and showcasing the vitality and cultural hybridisation of African contemporary art. It was the first time we worked together and we learnt a lot from each other. In addition, I don’t think that the health crisis changed much in the exhibition preparatory work. As Meriem is based in Marrakesh, we worked a lot through video conference.

MB: It is true that the pandemic didn't really slow us down. With regards the collaboration, I’d add that with the context of the Musée national de l’histoire de l’immigration, we set up the exhibition up differently in Paris to what we would have done in Marrakesh. Also because Ce qui s’oublie et ce qui reste is in dialogue with the place: the Palais de la Porte Dorée.

IR: That’s right, the Palais is an art deco building built for the 1931 Paris International Colonial Exhibition, with frescos to the glory of the French Empire.

MB: From writing the preliminary statement of intent, it seemed essential that the project echo the History of a building interspersed by colonial representations. There was a phase negotiating the exhibition space because it was important to me that visitors experience the building. By favouring the Marie-Curie Hall to the usual spaces of the upper levels, the public crosses the forum and faces the fresco celebrating the French conquest. This dialogue with the present starts at the entrance to the Palais with Joël Andrianomearisoa (Madagascar) whose textile work is both monumental and fragile and was designed for the hall of honour where visitors move around the space while showing a range of colours on the back that directly echo the fresco. A way to say that it is not in keeping quiet about rifts that there can be a promise for the future.

Can you tell us about the programme around the exhibition? How can it be made accessible to all publics and what are your cultural mediation plans?

IR: Of course while the museum is closed to the public, much of the programme is on hold. A whole cycle of conferences and debates will be set up with Meriem Berrada, a series of educational encounters and also a special issue of the Musée de l’Histoire de l’Immigration journal – Hommes & Migrations – with a feature and the exhibition’s portfolio. We also have a dedicated website which presents the works. In addition, the artists are given the opportunity to speak through short videos which will be broadcast on the site. 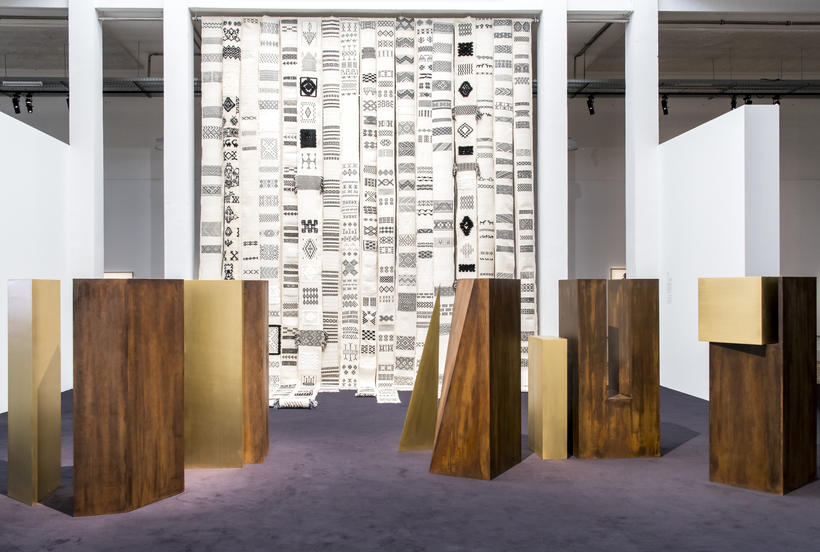 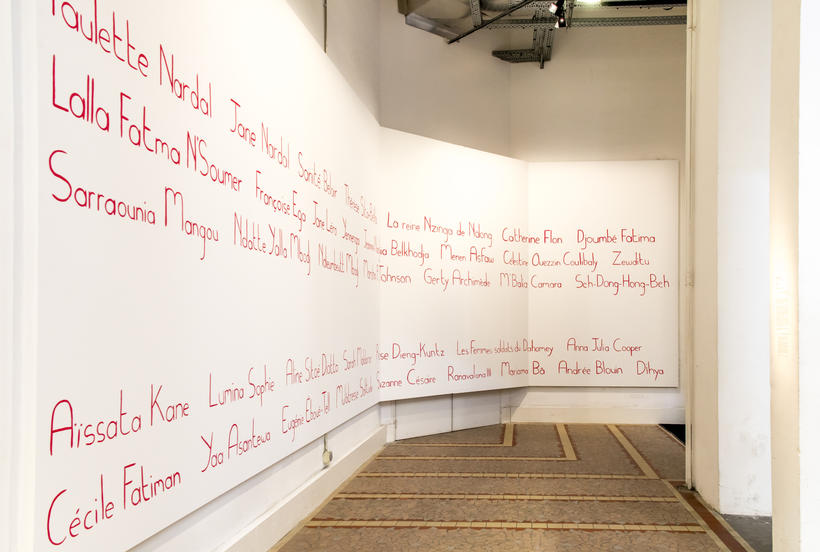 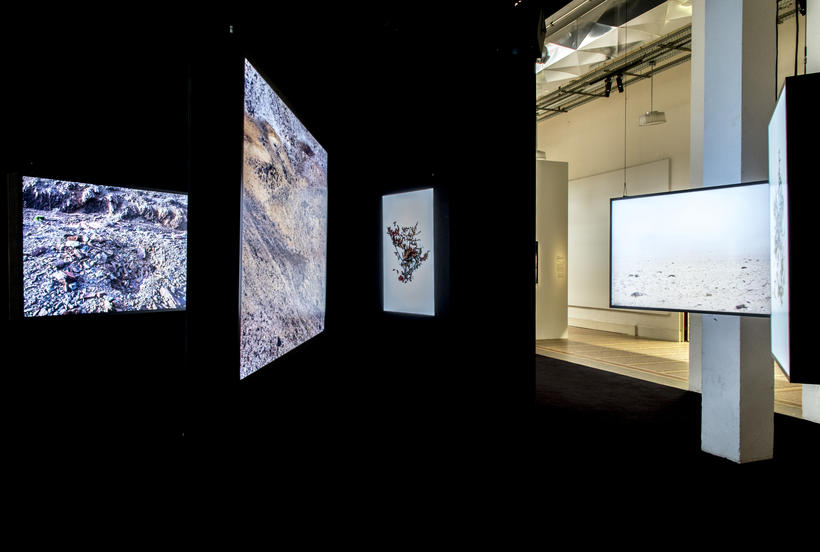 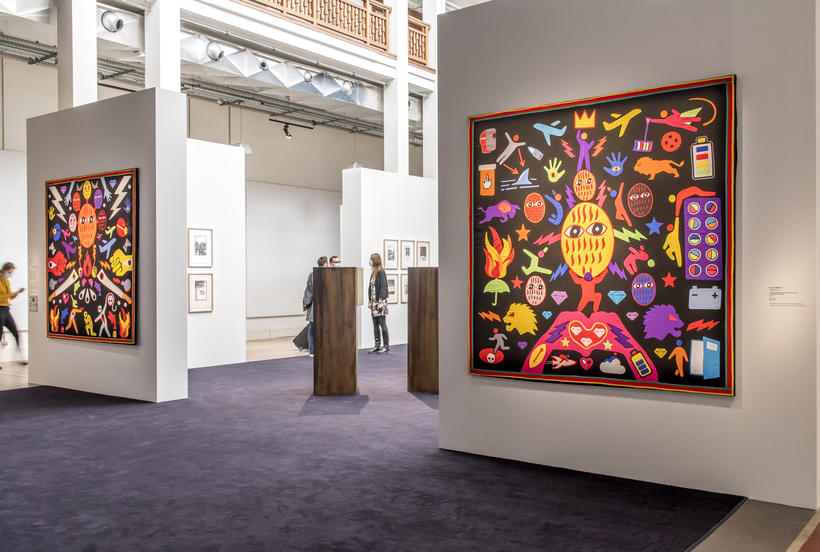 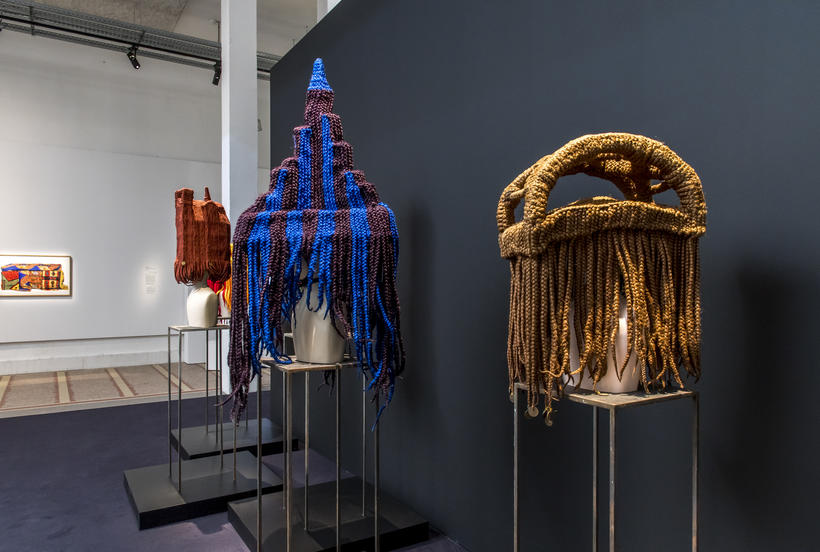 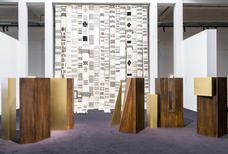 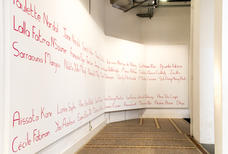 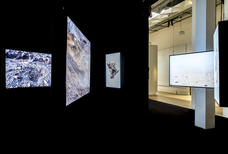 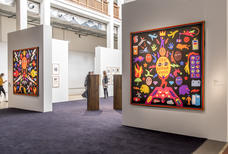 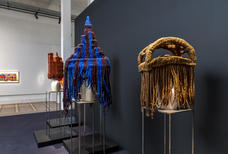 The Institut français and the exhibition
Image

Find out more about the Africa2020 Season

Image
Close up
Special mention to the French Pavilion, "Dreams Have No Titles" by Zineb Sedira, at the Biennale di Venezia !