In Côte d’Ivoire, talents are present but training and technical tools are lacking.

The film-maker Philippe Lacôte represented Côte d’Ivoire at the 2020 Oscars with his new film The Night of the Kings (2020). Winner of the La Fabrique Cinéma de l’Institut français in 2018 with his producer Ernest Konan (Wassakara Productions), he looks back at his unusual path and takes a look at his growing success, between France and Côte d’Ivoire.

As a child, you grew up next to a cinema, that you went to a lot. Did you imagine becoming a film-maker at that time ?

In Abidjan, my house was right next to the Le Magic cinema. Each time my mother went to get groceries, she dropped me off at this cinema, which has such a prophetic name. But in the 1980s making films was complicated when you didn't come from a family of artists. The projectionist was the only person that I knew who had anything to do with film, I sometimes went into the projection room. When I decided I wanted to work in film, I therefore became a projectionist. As I didn't go to film school, I wanted to know different sectors to be able to talk with all positions and departments. I therefore worked as an assistant programmer, assistant calibrator, in distribution, in the laboratory or in production. I wanted to understand the whole chain before becoming a director myself.

Before being a director, you started working in radio as a reporter. At what time did you say that the best way to give an account of things was through the prism of film ?

First of all I covered events like the fall of the Berlin Wall and interviewed political figures on Radio FMR, in Toulouse. Then I became an assistant at France Inter radio on the show Les tréteaux de la nuit (Boards of the Night) where I discovered narration and directing with actors. This experience made me want to co-direct, with Laurent Gil, Pense à la mer et aux oiseaux (Think of the sea and birds), a 52-minute radio fiction. If I could have only done radio I wouldn't have done film. The problem is that you had to work as an assistant for 20 years to hope to become a director. It’s true that my films relate many things through sound, that I conceive like a completely separate form of writing. On film shoots, I always start my sets with a single sound, to get my team’s attention and impose silence.

Authenticity, through your personal life or people you meet, seems to be the motor of the tales you tell. How do you choose the stories that you want to tell ?

I pay close attention to all stories. The first thing I do in the morning is to read a dozen newspapers on the Internet to know what stories are making the news. Looking for a story is a gesture that’s too premeditated. For example, I found the storyline of The Night of the Kings in a bar at 3 o’clock in the morning when I bumped into a childhood friend that had just got out of prison. His story echoed a personal story that I had with prison and I easily imagined the situation, character and means. More widely, I look at YouTube a lot, I watch film extracts on it. I couldn't write without the Internet today. I go back and forth between press articles, film extracts and my own writing.

Your work takes a great interest in Côte d’Ivoire where your production company is located, whereas you live in France. Is this country a more appropriate territory in your eyes to work ?

I started to make my short films like Somnambule (1993), The Libinski Affaire co-directed with Delphine Jaquet (2001) or Le Passeur (2004) (The Smuggler) in France but I quickly felt that I was closer to my stories on the African continent. I feel that I have the responsibility to show the youth in my country and observe this society. Côte d’Ivoire has been going through a social, political and military crisis for more than 10 years and I couldn't completely disconnect my work from reality. Me and a collective of artists founded Wassakara Productions in 2002 to create a local dynamic. We’re currently working on the premises of an industry, which I find fascinating. In France, I’m not very useful as there are 500 directors, many laboratories and a number of production structures.

I wanted to depict the reality of the prison environment, to show prisoners like a society in its own right, with its codes, laws, hierarchies, beliefs.

You were revealed at the Cannes Film Festival with Run (2014), which was the first Ivoirian film programmed in the official Selection at Cannes. Looking back, what feeling do you have ?

Each time I represent my country, I feel very proud! Run was the first film in the Official Selection but Faces of Women (1987), Désiré Écaré’s beautiful film, was selected for the Quinzaine des Réalisateurs in 1985. The most important is to make young people want to join the profession, and that we don’t wait 29 years to be at Cannes again. Today, very few international films are made in Côte d’Ivoire: the aim is to stay on the film-making map. More than anything we want to be present and continue to dialogue with the other film-making spaces.

Your new feature film The Night of the Kings looks into the prison world, that you’ve been confronted with since childhood due to your mother being arrested, then some of your friends. Why did you choose to portray this environment ?

I come from a politically-aware family that passed on their political eye to me. My mother supported the multi-party system under Félix Houphouët-Boigny and was imprisoned in Côte d’Ivoire, there are many reasons you can go to prison, if you’re poor or in the wrong place at the wrong time. Prison is a fantasised place for those who don't know it. Thanks to going to visit my mother or organising film clubs in prison, I managed to have a “normal” view of this place. I wanted to depict the reality of the prison environment, to show prisoners like a society in its own right, with its codes, laws, hierarchies, beliefs. If I made this film, it’s because I had very strong images of this prison and seeing how the film has been received, I think that I was right to give an account of what I knew.

What have you gained from your participation in the La Fabrique Cinéma de l’Institut français programme, which the film was laureate of in 2018 ?

The project was already being written at the TorinoFilmLab but La Fabrique Cinéma de L’institut français was a real trigger for production as it was during the Cannes Film Festival that the Culture Minister of Côte d’Ivoire announced its financial contribution to the project, and that I was able to meet co-producers. La Fabrique Cinéma allowed the project to be made official, to mark it being financed. From a personal view, it was a very enriching stage of exchanges with directors from different countries which was essential for the film.

The Night of the Kings is representing Côte-d’Ivoire for the Oscar for Best International Feature Film in 2021, after having stood out at the Venice International Film Festival. Will Ivoirian film and its industry find an important place on the international scene ?

The paradox of Ivoirian and African film is that there are directors like the Alain Gomis and Mati Diop from Senegal, or the Mauritanian Abderrahmane Sissako, who are in the foreground internationally, but that doesn't mean there is a dynamic that equals this visibility. Being at the Venice International Film Festival doesn’t completely represent the Ivoirian film scene but sheds light on what’s happening in Côte d’Ivoire. We see more and more young directors and technicians making a living from their profession but feature films need a fairly complicated co-production set up, unlike more simple series. In five years, I hope that there will be a bit more production in the country with a school fully dedicated to film and a laboratory in order to do post-production there. Talents are present there but training and technical tools are lacking.

Do you have any projects you’re currently working on for the future ?

I have several leads. I want to make a film about martial arts that will talk about African independence, and maybe start using a new format for me: series. 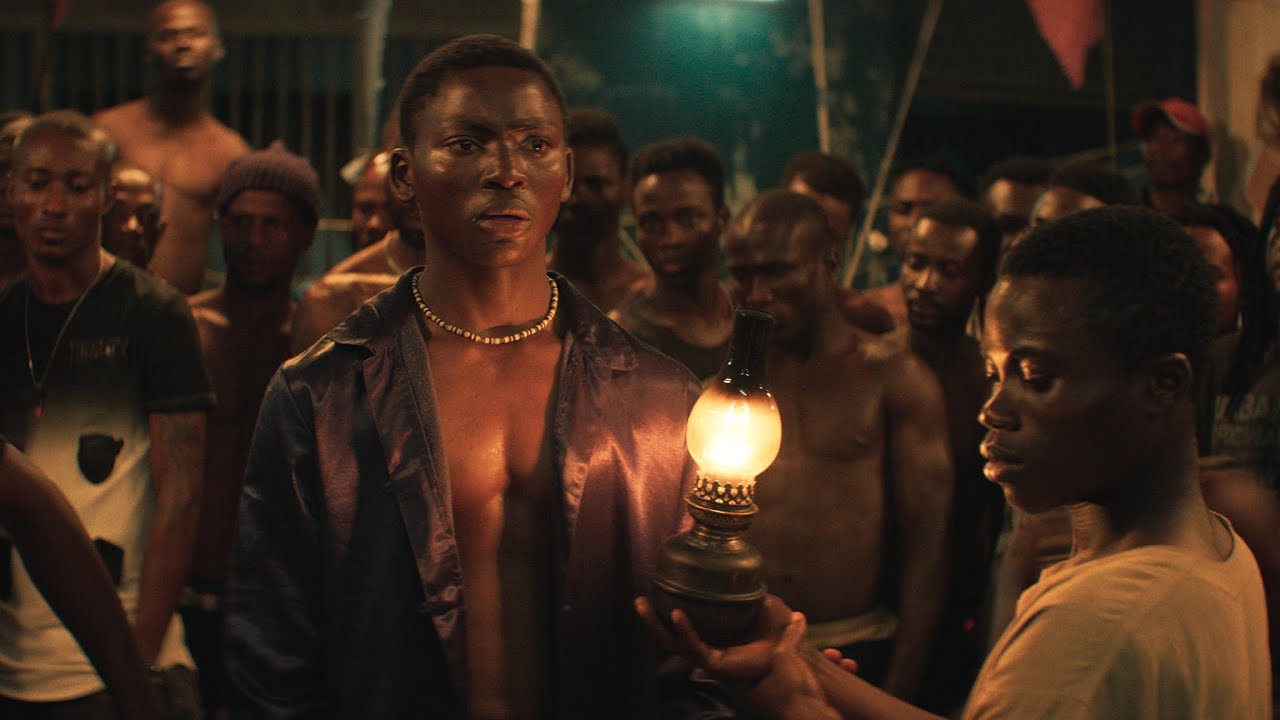 The film also benefited from the support of La Fabrique Cinema in 2018. This programme promotes the emergence of young creation from Southern countries on the international market.