The idea of the "Ecoutes croisées" podcast was to give the floor to authors so that they could talk to us about their city: in this case, Beirut, Tunis and Salé.

The Mode d'emploi festival, dedicated to the great questions that face contemporary society, took place at the Villa Gillet from 15 to 20 November. It was the occasion to launch a new literary podcast format, Écoutes croisées, with a first season entitled: Méditerranées, Le Polygone Étoilé. We take a look at the origins of this project, with Rozenn Le Bris, deputy director of the Villa Gillet, and Alexandre Plank, artistic director and co-founder of the Making Waves collective, who directed this first season.

Rozenn Le Bris, could you introduce us to the Villa Gillet and tell us about its activities?

Rozenn Le Bris: The Villa Gillet is a home for international writing located in Lyon. It is one of the few locations in France and in Europe that is neither a library, nor a site for publishing or performing arts, nor a bookshop, but a home that brings together all contemporary writing, both French, European and foreign. We organise three festivals in particular: Mode d'emploi, which focuses on the humanities, Littérature Live - Lyon's international literature festival, which takes place in May, and a festival for young audiences in July. We also have an annual programme of visits, workshops, performances and creative residencies. These residencies can also form part of an emergency framework, as we have a vocation to welcome writers who encounter difficulties in their country of origin: this is the case, for example, of two of the writers taking part in our Écoutes croisées programme. The Villa Gillet has been in existence for some thirty years. It is a place that has a vocation to be part of its own territory while cultivating its international dimension.

The Mode d'emploi festival, organised by the Villa Gillet, was held from 15 to 20 November. What were the main themes this year?

Rozenn Le Bris: The Mode d'emploi festival is a social sciences festival dedicated to the major questions that face society: this year we looked at democracy, but also at life, new journalism, etc. We invited researchers, politicians, and the general public to participate. We have invited researchers, political scientists, philosophers, press illustrators and reporters. From 15 to 20 November, every evening, in different places in Lyon, we presented a number of panels open to the public. On 19 November, we presented the Écoutes croisées literary podcast project, for which we called on Making Waves.

Alexandre Plank, could you tell us about the activities and operations of Making Waves, which is both an association and a social utility enterprise (ESUS)?

Alexandre Plank: We work with sound, podcast and radio. Making Waves is organised around three divisions. The studio division, which deals with production for public and cultural institutions. The NGO division, which is organised around a device that we have created and that we produce with our team: the radiobox. This is a mobile radio studio that is easy to use and accessible to all, without any particular technical skills. It also makes it possible to broadcast beyond FM, which imposes very restrictive rules, and to broadcast with ease on platforms such as Whatsapp, Facebook, Telegram or Twitch. Our third area is devoted to inclusion. Thanks to an agreement we have signed with the State and the Ministry of Labour, Employment and Economic Inclusion, we have been able to hire people who are largely excluded from employment. We have trained eight people in audio creation. We are based in Saint-Denis and work with various institutions: the AFD (French Development Agency), RFI, RTBF, the Louvre Abu Dhabi, the Jeu de Paume, the national theatres of Strasbourg and Dijon, and the Institut français for the podcasts Autrement dit and Ecoutes croisées, etc. 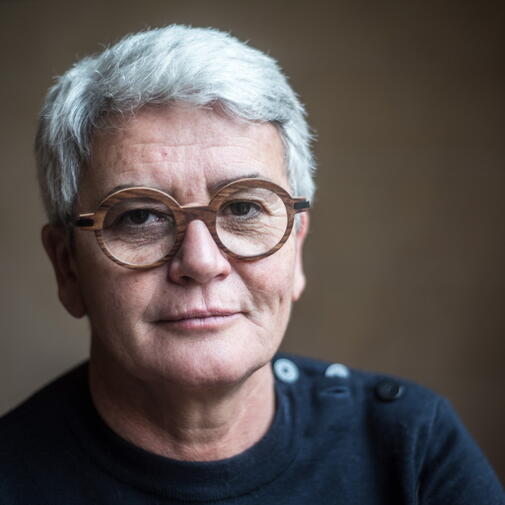 Personne Citée
Rozenn Le Bris
Citation
The Villa Gillet really wanted to bring in authors who live and work on location, who can act as an echo chamber for their society.

On 19 November, the audience of the Mode d'emploi festival was offered a series of literary podcasts entitledÉcoutes croisées, co-produced with the Institut français and produced by Making Waves. Season 1 is named Méditerranées. Le polygone étoilé”. Can you tell us about this project?

Rozenn Le Bris: I had already worked with the Making Waves radiobox before my time at the Villa Gillet, which is why we invited them to work on sound design. We wanted to reference the ten years since the Arab Spring. The resulting Écoutes croisées project is a literary map based around writers who look at the cities and societies in which they live. For this first season, we produced these podcasts in different countries around the Mediterranean.

For each episode, you therefore worked with a different author – did you design the structure of the episode and its theme with them?

Rozenn Le Bris: The Villa Gillet really wanted to bring in authors who live and work on location, who can act as an echo chamber for their society. The Villa Gillet, and the local Institut français, then made the link with Making Waves.

Alexandre Plank: In working with radio directors and writers, we wanted to avoid creating something uniform and offer different formats each time.

Can you tell us about this link between a literary point of view on a city and the resulting sound production?

Alexandre Plank: The idea was to give the floor to authors so that they could talk to us about their city: in this case, Beirut, Tunis and Salé. The idea was to evoke the current state of these different countries through personal reflection, both from a human and political point of view. With the writer Camille Ammoun, author of Octobre Liban(Inculte), we visited Beirut. The same approach was also taken with the writer and playwright Valérie Cachard, in collaboration with radio producer Alice Lefilleul, this time with the desire to meet people and understand the emotional state of the population in the face of the unprecedented crisis in this country. I personally visited Salé in Morocco, accompanying the author Abdellah Taïa, who spent his childhood there. It is a city crushed by the proximity of the capital, Rabat, which has been a very important site for democracy in the country's history. So we explored Salé trying to condense what is happening today in Moroccan society through the eyes of Abdellah Taïa. 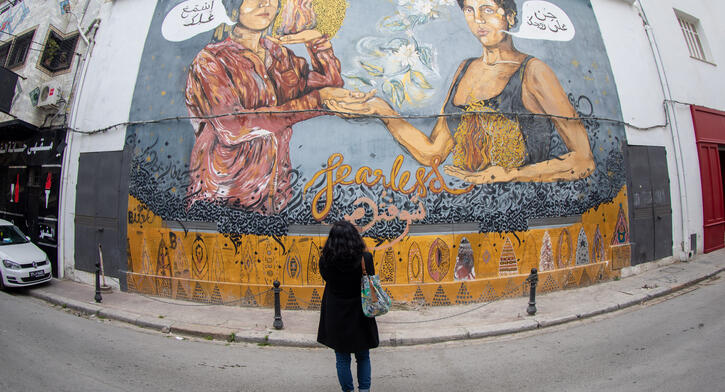 See the podcast's backstage.
The Institut français and the podcast
Image