Translating a novel: a desire to understand the other

From J.M.G. Le Clézio to Milan Kundera and Marie NDiaye, Chinese translator Yuan Xiaoyi has worked on a broad range of twentieth-century French literature. A professor of French at the Normal University of East China (ECNU, Shanghaï), she began as a short-story writer before devoting herself fully to translation and the theory behind this unique literary exercise. She describes this complex and stimulating labour of love for us, and the particularities of translating from French to Chinese.

How did you become a literary translator?

It’s something that happened very naturally. I studied French in college, and then I ended up specialising in the literature and language of France. In China, most translators are first and foremost linguistic theorists who have studied the countries concerned. Publishers thus contacted me to produce translations of French novels. One thing led to another, and this work is now my primary focus.

Why did you choose French rather than another language?

It wasn’t random, neither was it a conscious choice. In China, beginning in secondary school, children learn different languages depending on their abilities. French is reserved for the best students, as it is still considered a difficult language. I was lucky to have good results at school and I continued to pursue this direction in my studies. Nevertheless, I have never felt the desire to learn another language. For me, knowing a language opens doors to a new and extremely vast world. If I learned Japanese, for example, I would doubtless have access to a totally unknown dimension. The differences between Chinese and French continue to be a fully satisfying source of intellectual stimulation.

Does the translation of French into Chinese raise specific issues?

France and China are intimately linked, given that the first Western novel to have been translated into Chinese at the end of the nineteenth century was The Lady of the Camellias (“La Dame aux Camélias”) by Alexandre Dumas fils. This has obviously created a real link between our two literatures. Whatever the language, the challenges of translation remain the same: that of familiarity with the topic, which may be more or less removed from the reader, and that of literary effects. The great struggle often lies in the ability of the translator to find the right figure of style in his or her language to reflect the original effect sought by the author.

You translate Le Clézio, Kundera and now Leïla Slimani. What differentiates the process of working with each author?

The difference lies in the language specific to each writer. The translation of Lullaby, for example, was simpler than Three Strong Women (“Trois femmes puissantes”) by Marie NDiaye. This is because each person uses the French language in his or her own way. Leïla Slimani has an intense rhythm, direct sentences, while Marie Ndiaye offers a more complex structure, with figures of style that are unfamiliar to Chinese readers. Nor can we alter the structure of the novel, otherwise we will distort the author's message. Thus, each translation is a search for balance between these different elements.

Do you work with the authors when you are translating?

In general, I trust my reading of the text. I therefore do not work closely with authors while I am translating their text, in order to remain focused on the work. This does not, of course, prevent me from turning to them when I need to check the meaning of a phrase, but these exchanges remain limited to the bare minimum. Once the text has been published, however, I often meet them in the process of presenting the book to the public. They are often interested in our perspective and in particular the translator's note that accompanies the work. Leïla Slimani, for example, fully endorsed my recommendations and this is a fundamental element of the relationship of trust that we have established.

Would you say that a translation is a work in its own right, independent of the original text?

That is a complex issue. What I can say is that in China literary translation is a genre in its own right. By translating an author, I feel like I am acting as a writer because the text I produce remains a Chinese text, with all its qualities and shortcomings. Beyond the issues of respect and loyalty, the text must also be readable and stimulating for the target reader. Basically, through another writer’s novel, I make a modest attempt to contribute something new to Chinese literature.

Before being translators, we are readers of the text

What is the translation you are most proud of?

In terms of recognition, the translation of Life is Elsewhere (“La Vie est ailleurs”) by Milan Kundera remains the most satisfying: it found a wide audience, which remains an essential achievement when publishing a book. On the other side of the spectrum, Three Strong Women sold very few copies in China, but the complexity of the work required of me for it and the respect I have for Marie NDiaye's text make it one of my favourite translations.

Finally, what French work do you dream of translating into Chinese?

That’s funny, because I have just accomplished this dream with Exercices de style by Raymond Queneau. The translation is finished. It took me almost three years, an eternity as for as I'm concerned. Translators usually work on commission, but this time I decided to pitch this text myself to the publisher who accepted it. You have to understand that I love the challenge of it: the syntax, word games, etc. As a whole the project felt enormous and the work was arduous. But this kind of challenge is also what drives me to keep translating.

Visuel
Image
© DR
Texte
The Fu Lei Translation and Publishing Award is an award established in 2009 by the French Embassy in China to recognize the works of Chinese translators and publishers translated from French publications. It is named for the Chinese translator Fu Lei and is awarded annually. There are different categories of awards, including the "Jeune Pousse" award made to the best new translator. 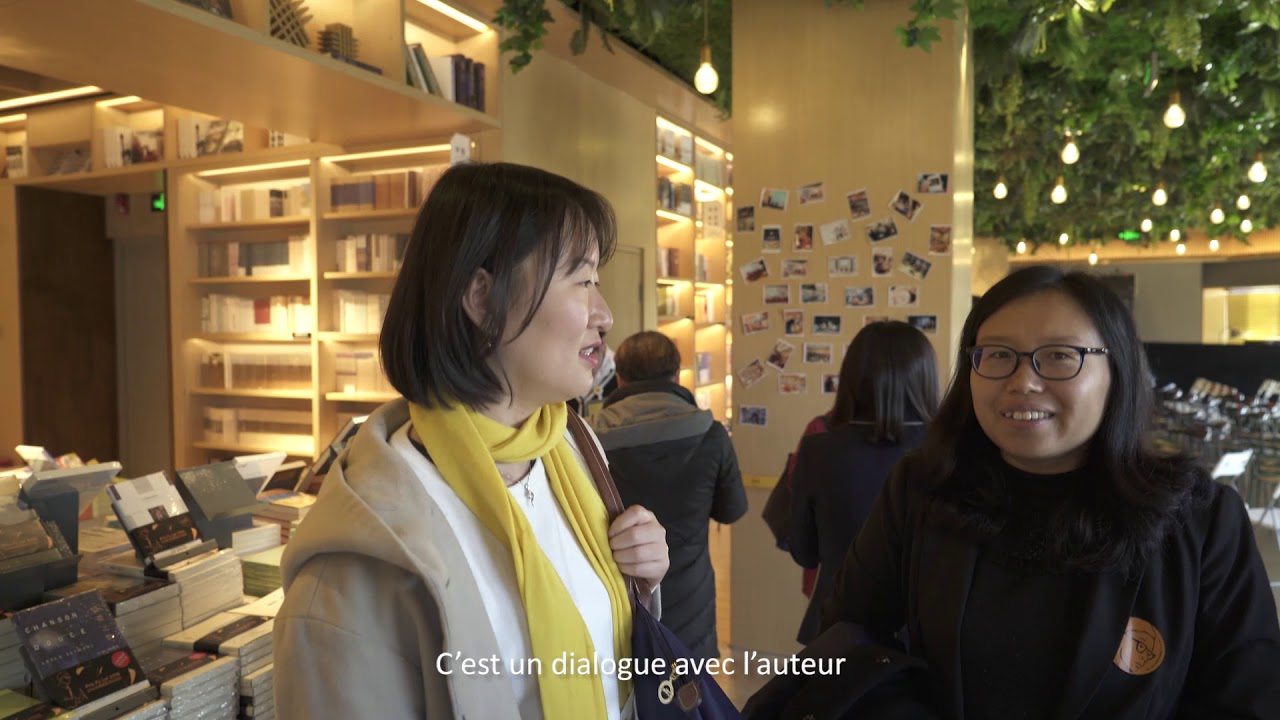 The Fu Lei Award, which was awarded to Yuan Xiaoyi, is supported by the Institut français.