This crossover season endeavoured to renew the image and perception our two countries have of each other by inviting us to “forget our clichés”, to strengthen the economic, scientific and cultural links that unite us historically. Mirroring the societies which put their roots down in what they share as French-speaking countries, the France-Romania Season also wanted to show the dynamism and imagination of the countries’ designers and companies, all while confirming the attachment both they both have to a Europe of peace, ideas and cooperation.

Since the Season closed in Bucarest a year ago, and despite the health crisis we are experiencing, relations between France and Romania have moved onto a new stage. New cooperation projects have arisen, particularly in promoting cultural and creative industries, an activity sector that represents a certain economic weight, source of attractiveness and influence. Franco-Romanian cooperation that’s even more relevant in 2020, which has hit artists so hard, and live performances in particular.

The France-Romania Season 2019 was organised and implemented:

The Committee of patrons for the Season was chaired by Frédéric Oudéa, director general of the Société générale group. 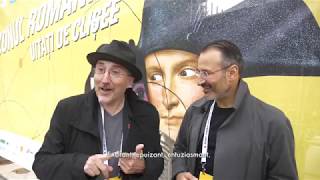 The Institut français and the France-Romania Season
Image

For France, the France-Romania Season 2019 has been organized and implemented by the Institut français.

Find out more about the France-Romania Season 2019.