I try to recreate the history of the video game, at my level

Building on the success of his game Save me Mr Tako: Tasukete Tako-San (2018), Christophe Galati is the first video game creator to have participated in an art residency at the Kyoto Villa Kujoyama. After five months in Japan, this 24-year-old independent designer has secretly continued working on his new project…

What is your perspective on the French video game industry today?

The world of independent French video games has never been as vast as it is today, in terms of both artistic and technical content. There are fewer barriers to creation: many training courses and online resources exist to learn how to make games. This is a real opportunity: it means a variety of creators are able to express themselves. Of course there are always financing and distribution issues which can make it difficult to experience independent games, but now this type of creation is getting more attention. And that's great.

In the mid and late 2000s, this sector was seen as a breeding ground for creativity which encouraged risk-taking... Today, that audacity seems to have given way to the rehashing of successful tropes, with lots of games which are homages to different existing genres. Save me Mr Tako falls into this category. What is your opinion on this trend?

All kinds of things are being made. The fact that there are so many tributes is probably revealing of the fact that many creators do not see themselves reflected in today's games. We all have our own Proustian “madeleines”, and we all want to recreate those nostalgic games as best we can, but using our own themes. Even in this retro movement, video games, in my opinion, are paving the way for new aesthetics and new techniques. I am thinking in particular of the revival of immersive experiences, using virtual reality or short interactive games, which are now increasingly found in museums. I think there are still new things to be done, and that's why I am working in this field.

The residency was also a spiritual retreat for me: as an artist, I was able to take the necessary quality time to reflect on what I wanted to express and convey.

You were the first video game creator to undertake a residency at the Villa Kujoyama. How did that come about?

I discovered artistic residencies quite recently, in a documentary about Villa Médicis on Arte. I find the idea of letting artists work in inspiring places very interesting. In the video game sector, I believe we have even fewer opportunities than artists in other fields to focus on our creation. Why not try the experience out and seize the opportunity? I applied for the Villa Médicis but I wasn’t chosen. Then I discovered the Villa Kujoyama in Japan: I was all the more excited because Japan is a source of great inspiration for me! I sent in my application without getting my hopes up, because I knew it would be a first if it happened... and it did!

The Villa Kujoyama provides artists with a studio in the Villa in Kyoto, a monthly stipend and a plane ticket. They do everything they can so the artists are independent and can focus on their creative processes. It’s a precious opportunity! For example, for my first game, I had a full-time job during the day and I was working on my game at night, on my free time. Of course, there are some subsidies which make it possible to finance productions — such as those offered by the French National Centre for Cinema and Animation — but sometimes you have to put up half of the total budget: not everyone can do that. Artistic residences have a real role to play.

Did those five months in Japan change the way you work?

I couldn’t dream of a better way to start my new project. I took the time for a real pre-production process. Usually you have to make a prototype of the game to get funding. Here, I was able to take the time to reflect on the universe, create a strong base… while being on the ground, in Japan. Since my game is in a very Japanese style, I was able to discover the references present in the games that inspire me. I was able to go and see performances by Geisha apprentices, known as maiko. I got used to the Japanese daily routine. Being in residence also allowed me to draw inspiration from the other artists present: dancers, architects, writers... We were able to compare our artistic processes.

The residency was also a spiritual retreat for me: as an artist, I was able to take the necessary quality time to reflect on what I wanted to express and convey. It was definitely a turning point in my creative journey!

What are your current projects?

Soon I hope to release an update of Save me Mr Tako, and I’m continuing to work on the video game I started at the Villa Kujoyama. It will be a role play incorporating phases of action which unfold in real time. For now, I’m calling it Project Himitsu. Himitsu means "secret" in Japanese. It’s a code name, but it also reflects the theme of the game, which will deal with secrets and the consequences they can have – for people and for the world. Visually, this project is similar to the approach I took in Save me Mr Tako-- the idea is to pay tribute to a specific Japanese aesthetic: Tako was a tribute to the Game Boy; Project Himitsu is the logical next step, this time influenced by the aesthetic of the Game Boy Advance. I try to recreate the history of the video game, at my level. 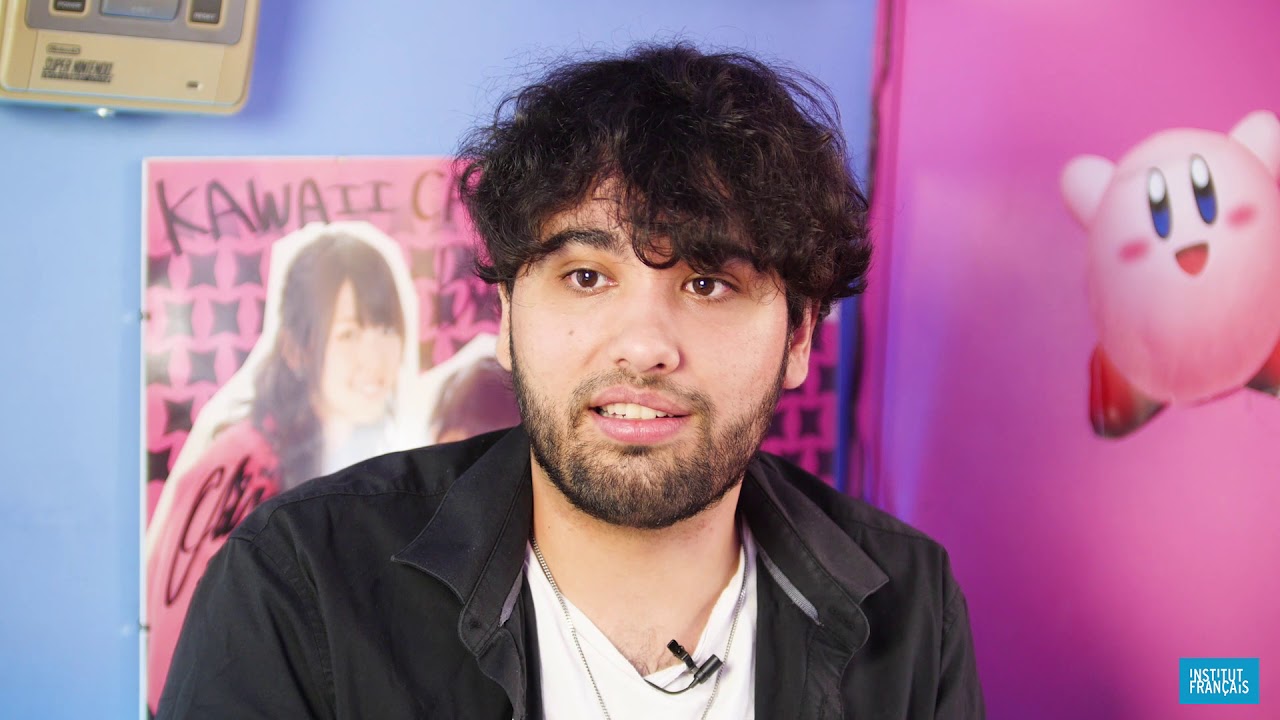 In 2019, Christophe Galati spent time at the Villa Kujoyama, a residency for artists in Japan supported by the Institut français.

Learn more about the Villa Kujoyama

Image
Close up
Digital arts: the Institut français signs a multi-year agreement with the HACNUM network

Image
Close up
A family discovery of French digital creation with IFdigital!