For the centenary of Charlie Parker’s birth, a biography of the musician by Franck Médioni, one of the leading French jazz specialists, will be published by Fayard in February. After writing about Miles Davis and John Coltrane, the journalist travelled to New York to trace the life of Charlie Parker, the legend known ‘The Bird’.

Jazz and writing seem to be driving forces in your life. How did you come to want to write about jazz? How are the two connected?

Jazz and literature entered my life together. As a teenager, bored in the provincial town of Sens in Yonne, all I had were novels — including notably Manhattan Transfer by Dos Passos — and the radio. That’s how jazz came into my life. I listened to France Inter, France Musique... I think from that day onwards, I found my rhythm: later I worked on the radio, talking about jazz. It was natural that I ended up writing about the object of my passion. I wanted to go further in my understanding of this music and this urban world from the 1940s and 1950s which, for a teenager who grew up in the French provinces, felt distant, marginal and fascinating.

Biography is a genre which you have continued to explore. What appeals to you about describing a person’s fate or their life story?

With biography, there is a structure, a framework, a chronology within which, paradoxically, I feel very free. You create panoramas and close-ups. It's a multi-coloured jigsaw puzzle with different themes. You include multiple points of view and angles in order to be as fair as possible, to put the character in the context of an era.

I'm as interested in the musical processes as the human questions when I'm telling the story of an artist’s life. In that era, what made Charlie Parker turn to jazz? And what about John Coltrane, ten years later, transforming that music in turn? Of course, there are very strong elements of determinism, but we are all driven by a desire. Chance plays its part, without explaining everything. George Gershwin, for example, should by rights have become a gangster in the New York Jewish Mob. He found music on the street, and taught himself what he needed to embrace that career. Charlie Parker, meanwhile, could have remained a normal Kansas City boy in the 1930s, never encountering music. Charlie’s mother Addie Parker said that if she hadn’t worked nights, her son would never have listened to so much music and would not have made it his career.

Charlie Parker was born in Kansas City, in the heart of Missouri, deep in the United States heartland. How would you describe this era, the landscapes and the context in which Charlie Parker was raised? What do we know about his childhood?

It is generally agreed that jazz was born in the early twentieth century in the 1920s and ‘30s in New Orleans, in the South of the United States, and that various factors, such as lack of work and the closure of the speakeasies (the underground bars of the Prohibition era) prompted jazz and its musicians to migrate north to Kansas City, Chicago and New York. All it takes is looking at a map: Kansas City is at the heart of America, and thus a mythical place in the history of jazz, if not necessarily its epicentre. There is a line connecting New Orleans to Kansas City, which at the time was booming economically and was where all the major orchestras of the swing era were based. If Charlie Parker was born in Denver or Pittsburgh, he would probably never have played jazz. He grew up as close as it was possible to be to this music, protected and encouraged by his mother, Addie, who raised him alone. His career is also a kind of revenge which is very well depicted in Clint Eastwood's film Bird, in a scene where Charlie Parker is humiliated during a jam session* by Count Basie's drummer Jo Jones, who throws a cymbal at his feet. From that moment onwards, Charlie Parker swore he would work until he had beaten them all.

Although Charlie Parker travelled little, it was nevertheless in Europe where he was most respected.

How can you sum up his contribution to jazz? What made his playing and his vision of music unique?

Musician Joe Lovano says it very well: “Charlie Parker took jazz out of the dance hall and put it in the concert hall.” He revolutionised jazz in rhythmic and melodic terms. What was at stake was speed, a speed that no one had ever heard before, and a power of thought and intelligence in his movements. You play the saxophone not only with your fingers, but with your head. With him we saw the rise of a melodic extension, an improvisation featuring total lyricism. His music sings! And it’s extremely masterful, even when you don’t know where he's headed… His sound is a little dark, sharp, compared with Sidney Bechet's very wide vibrato, for example. Parker’s sound is straight and quite round. It broke with what was happening rhythmically and harmonically at the time, as well as moving from the big band swing to the quintet, which created a new interactivity between musicians. Before, soloists performed for a few measures. With the quintet, the musician became king and could fully assert his unique flair.

New York is central to Charlie Parker’s life. In what ways is it the definitive capital of jazz?

Charlie Parker first performed in New York in the early 1940s as part of Jay McShann’s orchestra. That was where the music was really vibrating… and Charlie Parker was New York’s equal in excess. There were two central points: Black Harlem, with the Apollo Theater, the major dance venues, Monroe’s and Minton’s, which served musicians free meals every Monday evening on their day off, and where musicians took advantage of that time to play together and improvise after hours; and then there was Broadway with 52nd street, known as ‘Swing Street’, with the Onyx being a particularly notable club.

How do jazz and Charlie Parker’s story resonate today? Should we listen to him to hear a history of struggles? Of emancipation? Of an aspiration for freedom?

Jazz is a protest, a movement of social emancipation. Jazz was created in response to racism, slavery and the hatred expressed by certain parts of white America. In the 1940s, even though it was a marginal genre, jazz wasn’t afraid to pronounce its difference, shouting its Blackness loud and clear. Charlie Parker spoke often, and even with humour, about segregation. Also, as a fan of classical composers such as Jean-Sébastien Bach and Béla Bartók, Charlie Parker couldn’t see why his music shouldn’t be as respectable as “Great” White music. No one ever respected and admired his music as much as they did in Paris. Although Charlie Parker travelled little, it was nevertheless in Europe where he was most respected.

Charlie Parker hid a dark side. How did you handle that?

If my biography has one ambition, it is to fight against the stereotype of the cursed, romantic poet lost to his art. Indeed, Charlie Parker died at 34, and his last years were awful, marked by a decline linked to drugs and alcohol, but I didn’t want to give in to the sordid aspects of the story. Charlie Parker definitely had a dark side that was accentuated by his substance use. But his life was also full of laughter and excitement. He is a larger-than-life character. He lived balanced on a high-wire, and then the wire snapped. He was called “The Bird” due to his lyrical flights, and the image fits him well. Charlie Parker unfurled his wings and crashed into the wall of time. 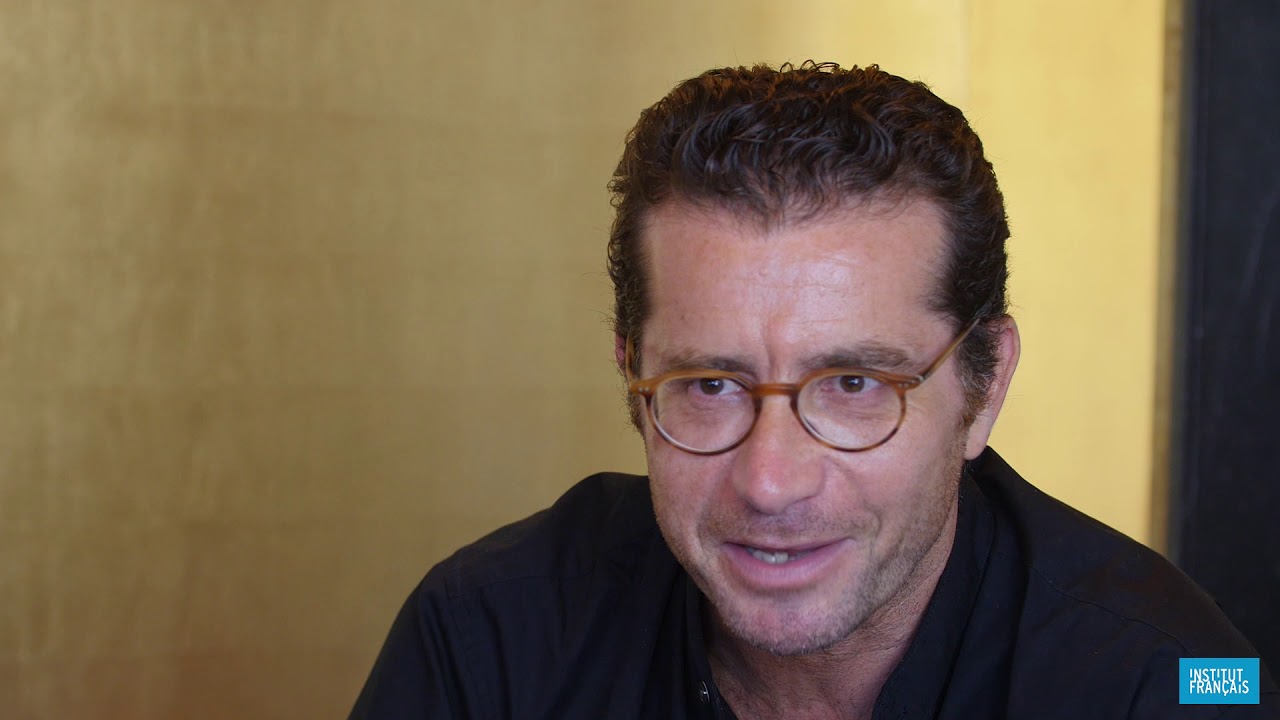 The Institut français and the book
Image

Image
Close up
Another great edition for the Pépites Internationales 2022!

Image
Close up
Pépites Internationales 2022: your students meet the authors!

Image
Close up
The author Wilfried N’Sondé returns from a Mexican tour with the French Institute of Latin America!