I make my music without labelling it

Founder of the festival and label Beirut Electro Parade, the producer Hadi Zeidan weaves a musical canvas from his travels between France and Lebanon and a blend of classic records and contemporary electronic sounds. He describes his perspectives on musical creation, the Arab world and the West.

Born in Beirut, Lebanon, you now live in Paris, France. How does this blend of cultures influence your work and your artistic development?

Combining the piano and the guitar from when I was younger with analogue synthesizers as I grew up, the foundation of my artistic development was contrasts: initially, contrasting techniques. Then later, through the people I met, through travelling and leaving Lebanon to settle in France, I began to learn from the richness of different cultures. This double life, in France and Lebanon, is now the driving force behind my work: I get my inspiration in Lebanon and I create in France. There is always a relationship between where I come from and where I am.

You’ve DJ'd in most clubs in Beirut. How is partying seen in Lebanese culture? What do Beirut nights look like?

Lebanon has always been very fertile ground, culturally. This is obviously reflected in a very rich economy, but also in a very complex society with a strong need to express itself, especially because of the war. Beirut is a chaotic city. There is a mix of communities which is very conducive to artistic expression, as well as a kind of escapism, a search for youthful release and certain workers who feel the need to let loose after their long work days. It reminds me a lot of London or Berlin: we work a lot during the day, and at night we let loose. Some clubs offer free-entry nights, but in other clubs the entry fee can be more than €1,000.

You use a lot of samples from Lebanese records from 1960s through 1980s. Does your work allow your young audience to (re)discover the music which their parents and grandparents listened to?

Escapism also exists at the cultural level: there was a wave of Westernisation that first pushed the local culture into the shadows. For a long time, we didn’t want to listen to the records which came out during the war. We forgot the golden age of Arab music. Perhaps it was about erasing the memories of the war.

My parents never told me about the 1970s and the 1980s, yet the traces of the war are very much visible all over Lebanon. A while ago I decided to dig deeper into that period. I owe this both to myself and to my audience, who understand the nostalgia I have for Beirut.

Like London or Berlin, Beirut is shaped by a need for escapism: we work a lot during the day, and at night we let loose.

There is an attachment to traditional Arab music within a certain generation of electronic artists — Omar Souleyman (in 2015 with Bahdeni Nami), for example, or DJs like Glitter, Paloma Colombe and the duo Acid Arab. How would you explain this movement?

There are differences between these artists. Glitter was born in Rabat and lived there until the age of 17. Paloma Colombe was born in France but is of Algerian origin. Their music features an intimate search for identity, unlike Acid Arab, which is a French duo created during the Arab Spring period. The geopolitical context at that time was conducive to an open-mindedness in the West towards the Arab world.

Does the descriptor "world music" still make sense now that we are seeing this significant cultural blending across musical genres?

That phrase doesn’t bother me. In Lebanon, we can certainly use this term to describe French or American music, for example. We shouldn’t be touchy about what certain phrasing implies. It doesn’t bother me to use terms that are a little more accessible to people who have not had the chance to discover certain musical vocabularies. Personally, I have a solution for that: I make my music and don’t label it. My music may sound Arabic to some French people, or French to some Arabs. The fact is that it is one and the same piece.

You led a DJ workshop called “Beats in Iraq”, alongside DJ Ipek, for a dozen young DJs in training. How did this project come to be?

In 2018, I was invited to Baghdad, Iraq, by the French Embassy to provide entertainment at a private party on July 14th. The deputy director of the Institut Français at the time, Thierry Vergon, had discovered my work on the Internet and invited me to DJ at this event. He also suggested I go to Iraqi Kurdistan — which is a little freer than Baghdad — to DJ in different clubs. I noticed that there they take a different approach to the world of partying, to nightlife, than that which we find in Europe. It gave me the idea to run this “Beats in Iraq” workshop on the clubbing and electronic music culture. The project took the form of a workshop open to applications from anyone, based in Sulaymaniyah in North-East Iraq. We paid particular attention to ensuring gender equality. I believe that it's vital to pass a clubbing culture on to these young people which is different from what usually comes to mind: partying isn’t just fun, it also lets people thrive and express themselves, artistically and politically.

For a long time, we didn’t want to listen to the records which came out during the war. We forgot the golden age of Arab music.

The “Beats in Iraq” workshop took place in a former tobacco factory. Is the choice of a location and its energy an integral part of an artistic performance?

The factory was away from the city: this off-the-beaten-path aspect made it the perfect spot! The electro scene must be a subculture, it must be underground, really set apart from the city centre, society and everything happening there. The location was not only charming, but totally removed from everything...

How do you see the future of the Arab electronic scene?

Electronic music is everywhere now, but the Arab world lacks the infrastructure, labels, clubs and tools which enabled a movement like French Touch to emerge in France. In Lebanon, the Society of Authors, Composers and Publishers of Music (SACEM) does not recognize electro, for example, so it's hard to earn money. In the Arab world, there isn’t even a manufacturer who presses vinyl. But no matter the era, no matter the location, there are and there will always be people who speak out, expressing themselves artistically. 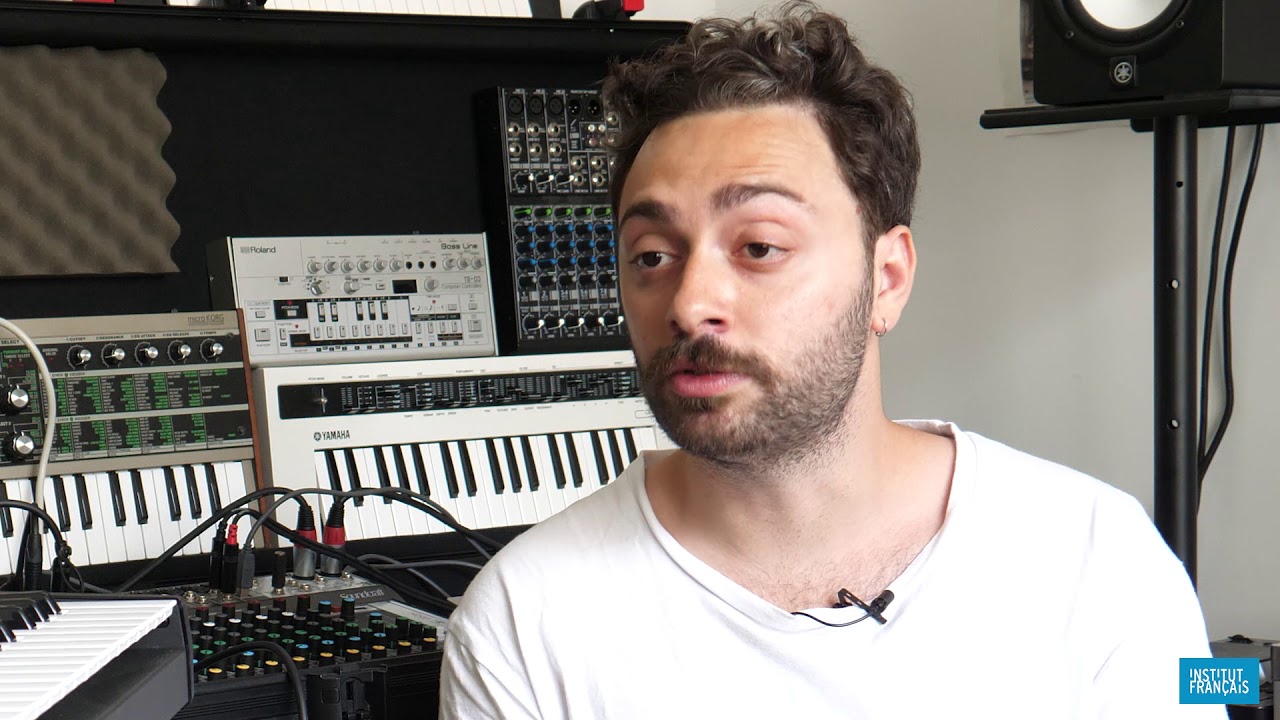 Beats in Iraq, a two-week workshop organised by Hadi Zeidan and DJ Ipek, hosted by the Institut français and the Goethe Institute in Iraqi Kurdistan in March 2019, received support from the Franco-German Cultural Fund.

Image
Close up
Modest Mussorgsky's "Pictures at an Exhibition", a series of symphony concerts