For me, dancing in front of a camera is somehow more real than dancing on stage. It also requires more effort on my part to be able to convey what I want.

As part of the Caisse des Dépôts' support for the young choreographic scene, Smaïl Kanouté is the first winner of the travel grant resulting from a partnership between the Institut français and the Caisse des Dépôts. Dancer and video artist, he has made his relationship with writing and the dialogue between cultures the departure point for his work.

How did you get into dance? How is this linked to your personal history?

I started dancing during a university exchange in Rio de Janeiro, when I met the brother of the choreographer Raphaëlle Delaunay, who asked me to audition for the piece Bitter Sugar, which I performed for a year and a half. I then graduated from the Arts Décoratifs in 2012. In 2014, I had another audition at the Centquatre in Paris, for Heroes by Radhouane El Meddeb, which allowed me to follow the creation of a show from start to finish. This experience made me want to create my own company, Vivons, which was born two years later, with the aim of combining dance, performance and visual arts. The company is a laboratory that allows me to experiment with all sorts of interactions between painting, digital art, dance and graphic design. In 2019, I created my first solo show, Les Actes du désert, based on my family tree that I collected from an old man in my parents' village. I have also produced a lot of dance videos, a format that allows me to approach an initial artistic idea before eventually developing it for the stage. Since 2020, I have been working on a triptych composed of Never Twenty One, about gun violence, Yasuke Kurosan, about an African samurai, and So Ava, about a voodoo lake community I encountered in Benin.

You define yourself as a "choreographer", because of your training in graphic arts. What is your relationship to writing?

In my work, I always start with poetry, whether it is sound, visual or linked to words. Words are not an easy tool for me, because I stutter. My relationship with words was difficult at first, so I used poetry to familiarise myself with words in my own way.

You regularly dance in spaces that have been filled with images made by other artists (Tino Sehgal, Evans Mbugua, Moriyama Tomatsu). What does it mean to you to have your practice resonate with theirs in this way?

These collaborations are important to me: I can't say everything on my own. I need other artists and other media to be able to say as much as possible. Meeting with other artists is very important for me, because it allows me to create new imaginary worlds. And it is these new imaginations that move things forward. For me, art is a never ending quest. 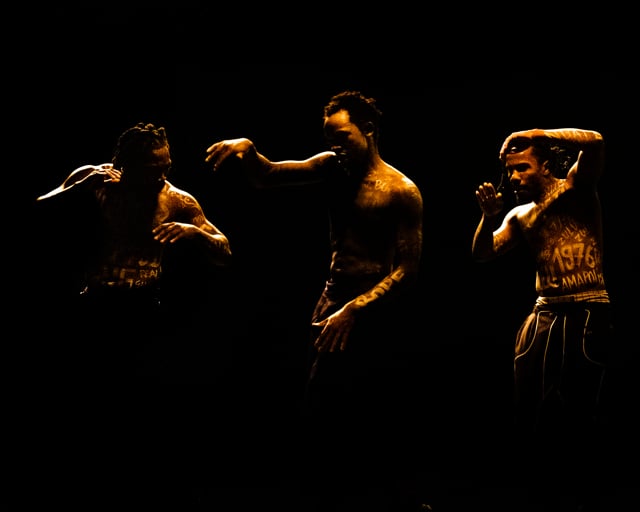 Along with theatre, dance is often classified as a 'living art'. Yet you do not hesitate to combine it with the use of video. Why did you feel this necessity? What are the issues involved in putting the body into images?

My background is in the visual arts, and I also trained as a graphic designer. So the image has always been the primary tool for me: from the start, I wanted to mix dance with the visual arts. For me, video is a different space-time compared to the stage. It allows me to create new imaginary worlds and to distil and transform time as I wish. Video is a bit magical. A video has several lives: there is the moment of conception, the shoot, all that implies in terms of improvisation, and finally the editing, which allows you to recreate another story from the material you have managed to gather. Video also allows different relationships with the body, whether through wide, medium or close-up shots. It is therefore a real poetic tool.

No, you don't dance in the same way at all. On stage, in front of an audience in the dark, you feel its presence, but you remain in a bubble. It is movement alone that will drive the transmission of emotions. In front of a camera, you take more risks, especially as I often shoot on location, in public places. I have to do a lot of work beforehand to 'feel' the place where I am going to dance. In the Bronx, for example, I couldn't dance on the first day: my body was blocked. It was only the next day, after going to see the inhabitants and asking them for permission to dance in their neighbourhood, that I was able to free myself. For me, dancing in front of a camera is somehow more real than dancing on stage. It also requires more effort on my part to be able to convey what I want.

Your work in Japan, on the black samurai Yasuke Kurosan, evokes the history of colonisation. Why did you choose to embody this figure?

I discovered his story ten years ago while watching the anime Afro Samurai, with Samuel L. Jackson's voice-over. When I did some research, I discovered that it was based on a true story. Ten years later, during the Japanese year of culture in France, it rekindled this flame in my head. So I decided to go and shoot a video in Japan. Bringing together imaginary worlds through different cultures was already at the heart of my work. In 2019, I went to Japan and shot a short film that poetically retraces the story of Yasuke Kurosan, in collaboration with Abdou Diouri. By putting myself in his shoes, I also asked myself how a black dancer would behave in contemporary Japanese society. So I began a collaboration with Afro-Japanese artists. When I returned to France, I decided to adapt this film by working with Afro-Asian performers to create a show that will be released this year. While still dealing with Yasuke Kurosan, the show will also talk about us, the children who are born with a dual culture. 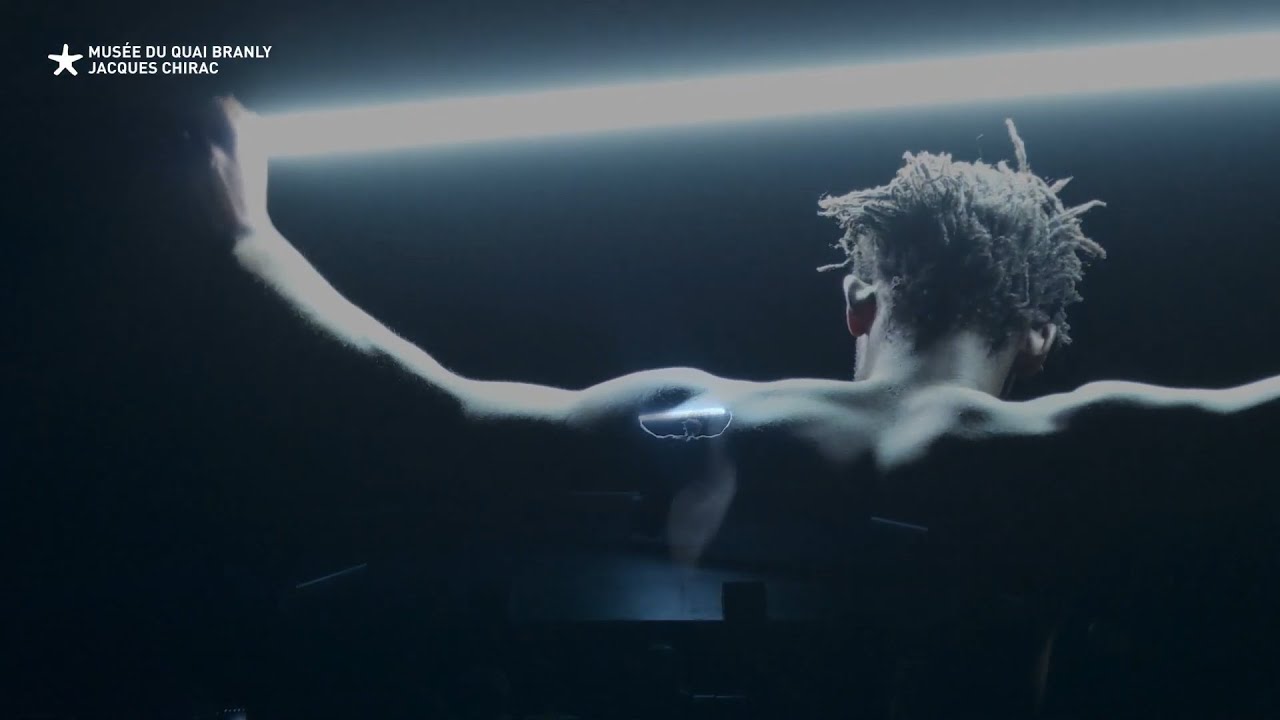 2022 is a year rich in new projects for you, especially internationally with the support of the Institut français and the Caisse des dépôts.. Could you tell us more about them?

In addition to the show about Yasuke Kurosan, which will be presented at the Aquarium theatre in Paris on 11 June as part of the June Events festival, I am also working on the Goutte d'or district as part of the call for projects for Les Mondes Nouveaux, launched by the government in 2021. I am also developing a web series entitled Je danse donc je suis, which is partly about my career. Finally, with the poet, art critic and freelance exhibition storyteller Chris Cyrille, I am preparing for a residency in Rome at the Villa Medici, a French institution under the Ministry of Culture, in March, in collaboration with the Ateliers Medici in Clichy-sous-bois / Montfermeil.

As part of the Caisse des Dépôts' support for the young choreographic scene, Smaïl Kanouté is the first winner of the travel grant resulting from a partnership between the Institut français and the Caisse des Dépôts. This partnership allows for complementary support and development of the winning choreographer's projects on the international scene.

Image
Close up
Lille's Zone-Poème Company is working for peace