Even when the crisis was at its worst, artists, scientists, towns, theatres, libraries, teachers never stopped planning projects, starting from scratch and maintaining a dialogue, whatever the cost.

Planned for 2022, the France-Portugal Season will bring together artists, thinkers and scientists from both countries around common themes. As part of the Portuguese and French presidencies of the Council of the European Union (Portugal's rotating presidency in the first half of 2021 and France's in the first half of 2022), it will be an opportunity to share their hopes in terms of innovation and inclusion, or rethink the environmental emergency. With the festivities just months away, we spoke to Victoire Bidegain di Rose, General Commissioner for the French side, and Manuela Júdice, General Commissioner for the Portuguese side.

What are the challenges of a Season and why is it starting in February 2022?

Victoire Bidegain di Rosa: A Season is an exercise in friendship between two countries, an opportunity to showcase excellence in the fields of the arts, live performance, science, sport, gastronomy or the economy. But in the specific case of a joint season, and given our proximity to Portugal, we also took advantage of this opportunity to build projects together on issues that are important to us, such as gender equality, inclusion and diversity, as well as the oceans. It’s a shared border that bears all the symptoms of climate change, but also perhaps its solutions. It’s much more than an artistic showcase!

What is your role as general commissioners for this Season?

Victoire Bidegain di Rosa: For me, the general commissioner’s role is to give a specific identity to this scene. It should reflect the relationship, but also projects that France and Portugal want to champion for the future of Europe.

Manuela Júdice: For me, the commissioner is a provoker. Someone who goes to cultural, social or scientific institutions to spark their desire to open a dialogue and build projects in different fields.

Victoire Bidegain di Rosa: The President of the Season, Emmanuel Demarcy-Mota, often promotes the idea that we are “together” and form “a single team”. In the case of a joint season, this means “thinking as a duo”. This often obliges us to put ourselves in the other’s place, to consider our two countries as if they were one. Manuela and I choose each detail together, it’s a collective project. 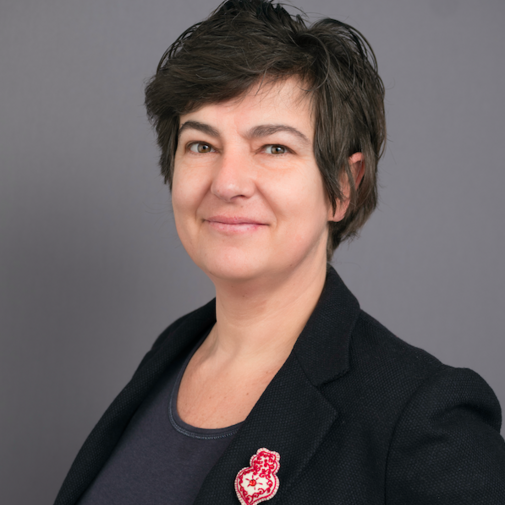 Personne Citée
Victoire Bidegain di Rosa
Citation
The Season will help change Portuguese people’s view on France, introduce them to the more modern aspect and French youth culture. We are going to shatter some prejudices!

What are your ambitions for this Season?

Manuela Júdice: For us, the important thing is to leave a mark, to make others want to keep on working, thinking and building together. I would like to showcase Portuguese scientists and artists, as well as Portugal’s rich cultural and gastronomic heritage. Conversely, I would like Portuguese people to realise that France doesn’t have to be reduced to the tourist assets of Paris alone, as there is so much more to see, to discuss, to understand, to highlight...

Victoire Bidegain di Rosa: I would also like the Season to enable young people from both countries to come together, get to know one another and share their common hopes and ambitions.

There is a particularly strong bond between France and Portugal, why do you think that is?

Manuela Júdice: Firstly, there are historic roots. In the 1960s and 70s, France took in Portuguese people looking for a better life and those who opposed the Salazar and Caetano regimes. After the Carnation Revolution, we saw waves of young French people and intellectuals keen to see this “bloodless” revolution in Portugal.

Although the bond between the two countries was lost somewhat with their entry into the European Union, things have developed over the past decade. There are plenty of French bakeries and cheese shops all over Portugal! In Portuguese art circles, there’s also an increasing interest in France.

Victoire Bidegain di Rosa: It’s a long-standing bond that is also deeply rooted in our regions. Every medium-sized French town has at least one good Portuguese restaurant or a Portuguese cultural or sporting association.

Finally, we mustn’t forget that France owes a lot to the Portuguese. With their workforce, they contributed a great deal to our country’s economic development and the building of infrastructures.

How do French people see Portuguese culture? And vice versa?

Victoire Bidegain di Rosa: We don’t have the same objectives for this season. Portugal is very appealing from a tourist perspective, but with the Season we wanted to show that it’s not just about beaches, that Portugal is also an amazing hub of talent in numerous fields. France, meanwhile, has a more heritage-based, traditional image. The Season will help change Portuguese people’s view on France, introduce them to the more modern aspect and French youth culture. We are going to shatter some prejudices! 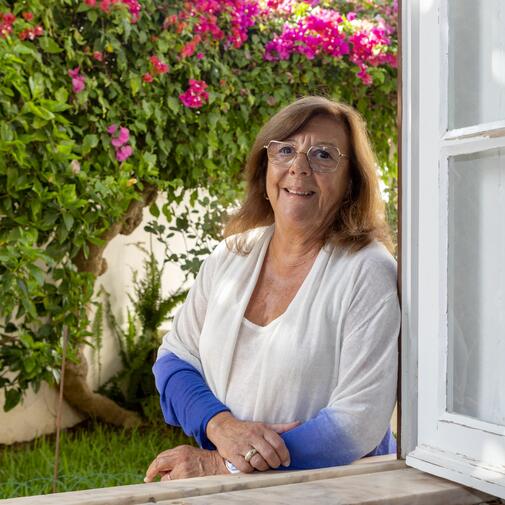 Personne Citée
Manuela Júdice
Citation
For me, the commissioner is a provoker. Someone who goes to cultural, social or scientific institutions to spark their desire to open a dialogue and build projects in different fields.

The proposed projects also had to meet certain criteria and address different themes (gender equality/parity, sustainable development/oceans, diversity and inclusion). How did you choose these angles?

Victoire Bidegain di Rosa: We wanted to choose common themes and avoid making the Season just an artistic showcase. These themes feature in debates among scientists and in the work of today’s artists. We named this tone “the ocean sentiment”, a guiding principle that will shape our visual identity.

Do you already have an idea of the programme and the artists to be exhibited?

Manuela Júdice: In Portugal, we are going to organise two exhibitions, O Esplendor (Splendour) by Gérard Fromanger (the artist died in June 2021) at the Belém Cultural Centre and Self-Portraits by Nicolas Poussin at the Museu Nacional de Arte Antiga in Lisbon. There will also be a presentation of a selection of Antoine de Galbert’s collection at the Museu de Arte, Arquitectura e Tecnología (MAAT) in Lisbon. In France, we will have L’Arbre de Vie (The Tree of Life) by the sculptor Joana Vasconcelos at the Sainte-Chapelle de Vincennes and L’Âge d’Or de la Renaissance Portugaise (The Golden Age of the Portuguese Renaissance) at the Louvre. Two forums will also be held in March 2022, one on the oceans and another on equality. There will be events in Lisbon, as well as Porto, Coimbra, Guimarāes... In France, we will go to Paris as well as Lyon, Clermont-Ferrand and Marseille.

Manuela Júdice: We have already approved over one hundred projects. The difficult thing is being everywhere at once!

How will the programme be structured between the two countries, in two different regions? How will the works and artists maintain a dialogue, particularly during these turbulent times?

Manuela Júdice: The dialogue has already begun! The artists will host one another. There are also residencies... We will have fully joint programmes, such as the presentation of the Portuguese urban art festival Iminente in Marseille or the invitation of Lyon’s FITE textile festival to the Contextile festival in Guimarães.

Victoire Bidegain di Rosa: The Season has been put together at an extraordinary time, during which all cultural and scientific figures from both our countries have been deeply affected and their schedules turned upside down. But even when the crisis was at its worst, artists, scientists, towns, theatres, libraries, teachers never stopped planning projects, starting from scratch and maintaining a dialogue with their partners, whatever the cost, and preparing for what will come next in the hope that the Season will be an opportunity for reunion.

In a decision by the French President and Portuguese Prime Minister António Costa during Emmanuel Macron's official visit to Lisbon in July 2018, the France-Portugal Season will be held simultaneously in the two countries between mid-February 2022 and October 2022.

The France-Portugal Season is implemented by the Institut français, responsible for French cultural actions abroad under the aegis of the French Ministry for Europe and Foreign Affairs and the Ministry of Culture.

Learn more about the Season

France-Portugal Season is part of the Portuguese and French presidencies of the European Union.