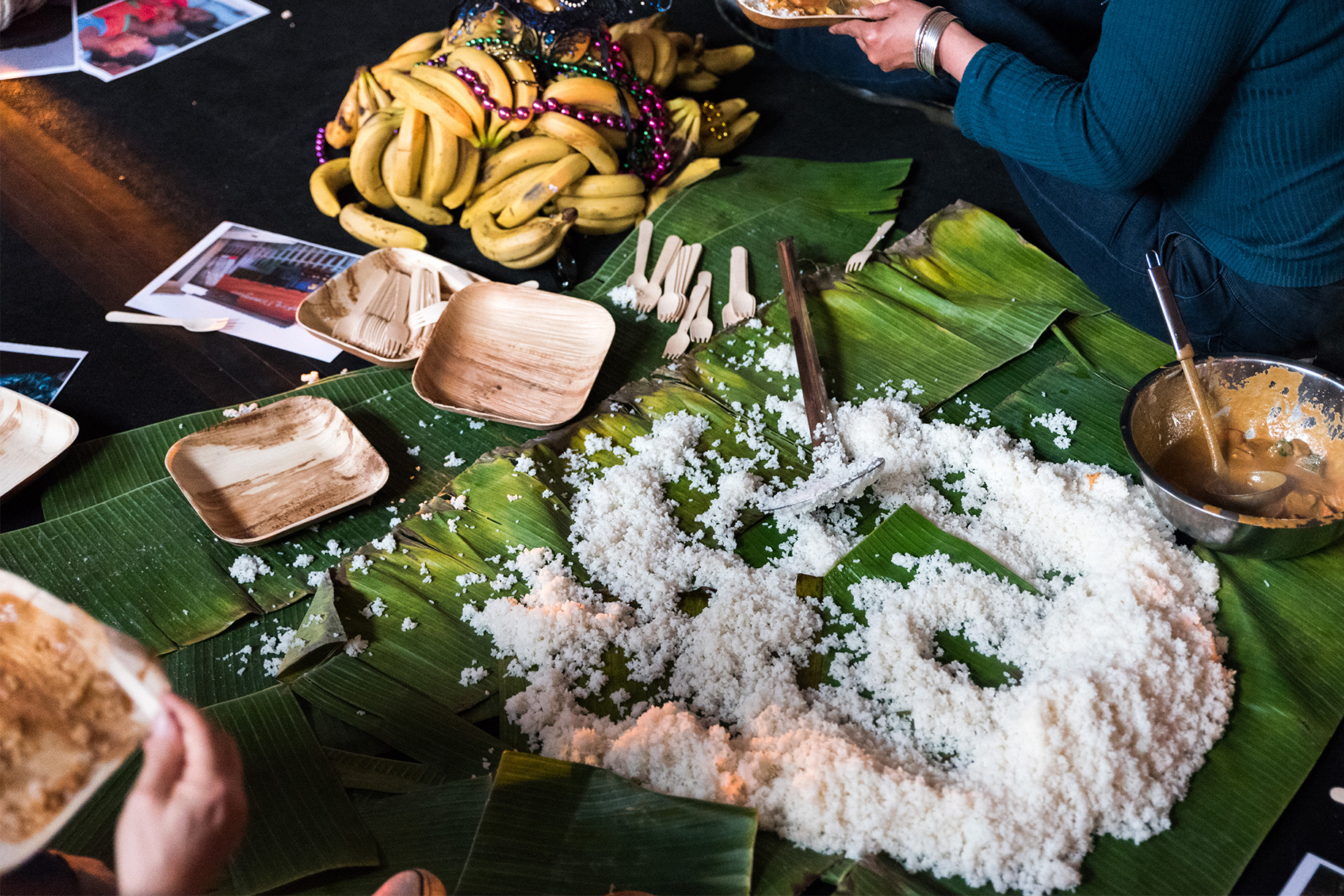 Autophagies, a show by Eva Doumbia

Autophagies, the new show by director and author Eva Doumbia, offers a hybrid experience centred around cooking and a reflection on the historical issues of food circulation.

The daughter of an immigrant worker and the granddaughter of a railway worker, Eva Doumbia considers herself to be of mixed cultural and social background. After training in literature and directing, she founded her company La Part du Pauvre in Marseille in 2000, which was soon followed by the company Nana Triban, based in Abidjan. Now based in Le Havre, where she is originally from, her theatre explores both the classical dramatic repertoire and contemporary writing in the French-speaking world. She is also an author: after a first novel, Anges Fêlées (Vent d'ailleurs, 2016), she recently published a play, Le Iench (2020), with Actes Sud. 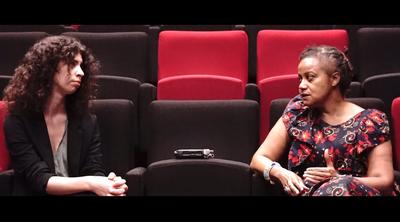 Autophagies (Stories of bananas, rice, tomatoes, peanuts, palm trees. And fruit, sugar, chocolate) is a show halfway between theatre and group tasting session. Eva Doumbia plays the role of a master of ceremonies who invites the audience to a "documentary eucharist" orchestrated by the chef Alexandre Bella Ola. Over an hour and a half, the preparation of mafé is accompanied by stories about each ingredient. According to the director, this journey through a dish consists of "starting with a small thing and unfolding it to tell a story". Behind every food item is the story of a migration, a colonial conquest, or different forms of exploitation of people or the environment.

Eva Doumbia confides that she was marked as a child by her father's restaurant, the first in Le Havre to serve mafé. A few years ago, however, she discovered that mafé is not a traditional dish, but a very recent recipe, as peanuts were introduced into West Africa after the Second World War. She then started reading more and more about the history of food and its link with historical and geopolitical phenomena. This gave rise to the idea of recounting the origins of food by cooking, and by linking them, through words and anecdotes, to personal experience. The avowed aim is to become aware of what we have on our plate.

Politics of the plate

A founding member of the Décoloniser les arts collective, Eva Doumbia pays particular attention to social dynamics and their influence on culture. If Autophagies puts food centre stage, it is in order to readdress it through a number of paradoxes. Rice is the most consumed food in Africa? Yet it does not grow there, and must be imported from Asia, where mangoes and bananas also come from. As for sugar, which is useless to our bodies, it will be called into question for the crucial role it played in the slave trade and the triangular trade. Without ever resorting to moralising, Autophagies simply proposes to "eat consciously": to take our daily habits and our prejudices as a starting point for a broader reflection.

The show Autophagies will be presented to the participants of the Focus Spectacle Vivant, in Avignon from 7 to 11 July.