In Bacurau, Kleber Mendonça Filho and Juliano Dornelles depict an oppressed community of a Brazil in crisis. A surprising and high-profile motion picture, it was awarded the prix du jury (Jury Prize) at the 2019 Cannes Film Festival.

Both Brazilians, Kleber Mendonça Filho and Juliano Dornelles have been working together since 2009. Kleber Mendonça Filho was a film critic and programmer before making his own films. Best known for Aquarius presented at Cannes in 2016, this lover of fantasy genre also chaired Critics Week in 2017. Meanwhile, Juliano Dornelles is his faithful production designer. While he made his first short film in 2011, Bacurau represents a turning point in his career, embodying the fulfilment of his ambitions.

Kleber Mendonça Filho and Juliano Dornelles imagine a dystopia set in the near future in Bacurau, a poor and fictitious village in Brazil. The story begins when the community matriarch dies at 94 years of age. After the funeral rituals, residents notice that the village has disappeared from GPS maps. Deprived of water, telephone networks and invaded by coffins lined up in the streets, the Brazilians find themselves trapped by American mercenaries determined to annihilate the population with the help of armed tourists. Bacurau will lead its own revolution.

A long process of 10 years

The story for Bacurau was conceived in 2009 when Kleber Mendonça Filho and Juliano Dornelles presented their first short film, Recife Frio (Cold Tropics) at the Festival of Brasilia. As witnesses of social contradictions in this popular and easy-going festival, the two film makers created an action film that would take the audience out of their comfort zone while highlighting the oppressed. So the duo separated to each lead two impressive film crews in the north of Recife, with difficult to access terrain and challenging weather conditions that alternated between blazing sun and storms.

Presented for the first time at the 2019 Cannes Film Festival, Bacurau won the Jury Prize in a tie with Les Misérables by Ladj Ly. Although film makers Kleber Mendonça Filho and Juliano Dornelles wrote their film around ten years ago, their futuristic dystopia is in many ways reminiscent of Brazil’s current political context in the midst of a democratic crisis. Action film, western, science fiction, slasher, Bacurau is a bold proposal that introduces the whole world to little-known Brazilian cinema. 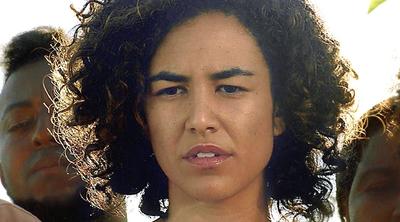 Bacurau was supported in 2017 by the Aide aux cinémas du monde (Aid for World Cinema) programme. This Institut français programme provides support to foreign film makers for film projects co-produced with France, whether they be feature-length fiction, animated films or creative documentaries.

Find out more about the Aid for World Cinema programme here.