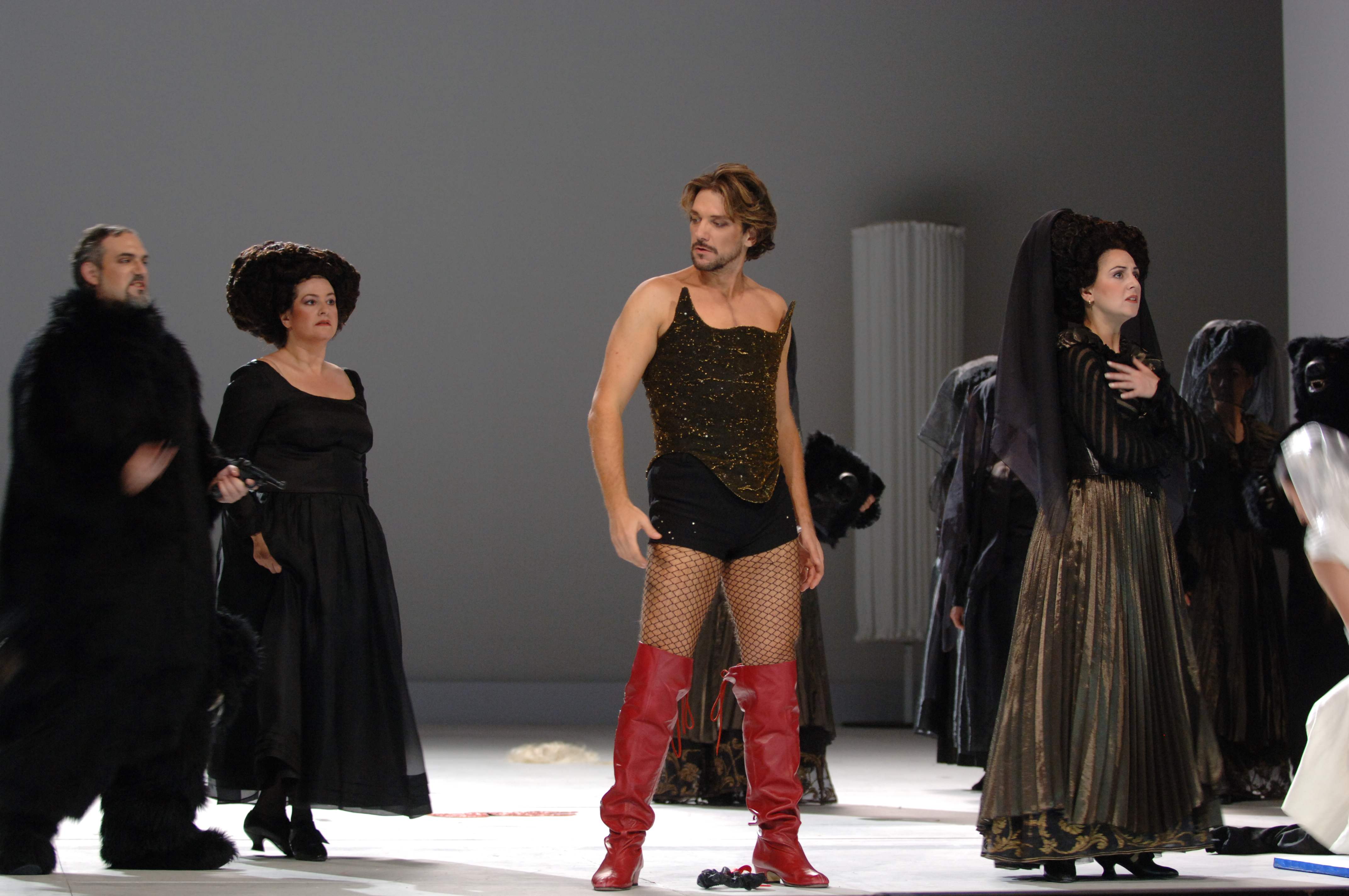 Created in 2002 at the Bordeaux National Opera, co-produced by the Lorraine National Opera and the Caen Theatre, Don Giovanni, directed by Laurent Laffargue, will close the Croisements Festival 2019 in China.

From theatre to opera

Laurent Laffargue created the Soleil Bleu Company as soon as he graduated from the Bordeaux National Conservatory in 1992. A lover of classical and contemporary French theatre, he also loves English-language playwrights like Edward Bond, Harold Pinter, William Shakespeare, and Daniel Keene, whose work he had the opportunity to stage during the three seasons of his collaboration with Théâtre de la Commune d’Aubervilliers as an associate artist.

Laurent Laffargue, winner of the 2002 Jean-Jacques Gautier prize, has over 40 theatrical and opera performances to his name.

This masterpiece by Mozart tells the story of an aristocratic libertine, an unscrupulous murderer, manipulator and gambler, who racks up female conquests, ignores all laws, morals and religions, and ends up in hell.

Laurent Laffargue transposes the story of Don Giovanni to Italy in the 1920s, in the midst of fascism. His Don Giovanni appears as a young man, who combines a great innocence with very dangerous perversity. At once tragedy and farce, this staging of the tale argues in favour of freedom.

A reference to Visconti’s The Damned

This new version of Mozart's Don Giovanni by Laurent Laffargue takes returns the project's original conception, complemented by a cast which combines European and Chinese actors and deviating from the traditional, realistic staging. His characters perform among mobile sets which start off immaculate and end up dirty and ruined. This uncompromising, lucid formulation echoes the artistic universe of Luchino Visconti.

Don Giovanni is an essential and timeless work which avoids black-and-white statements, emphasizing the struggle for individual freedom against all forms of dogmatism. Don Giovanni’s airs “Madamina” and “Viva la libertà” are embedded in the collective cultural consciousness. The performances on 6th and 7th July 2019 at the Guangzhou Opera House in Canton in China will be one of the highlights of the Croisements festival's 14th edition.