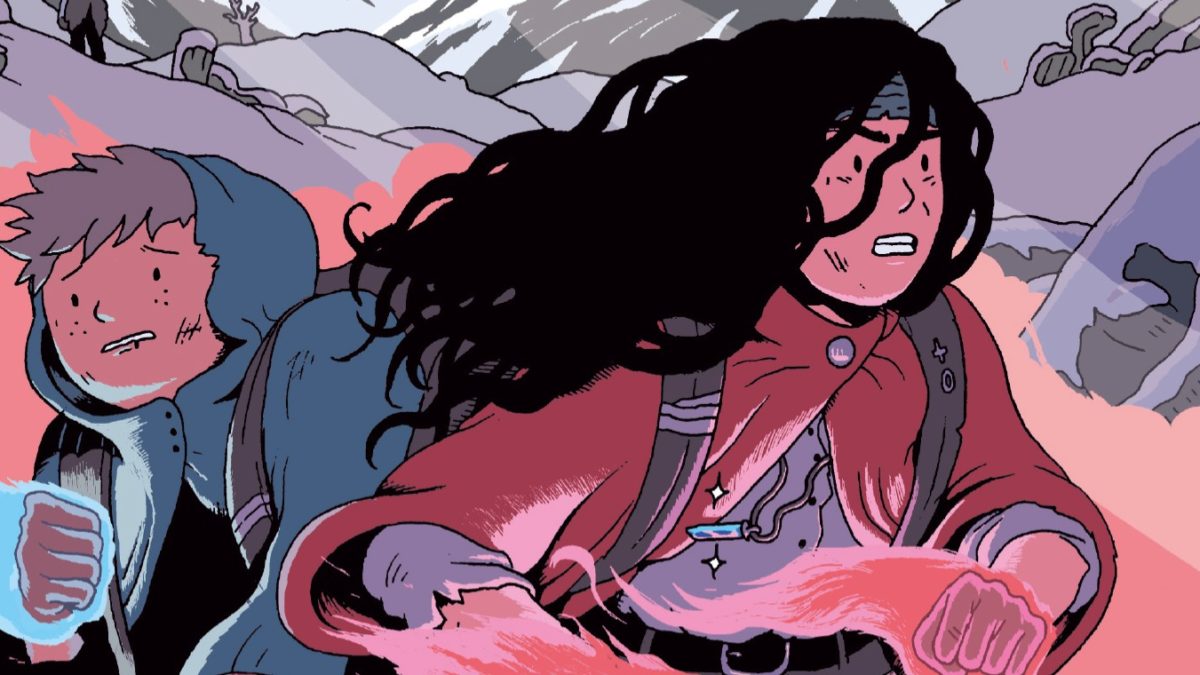 With Le Souffle du Géant, young author and illustrator Tom Aureille publishes his first graphic novel with La Sarbacane. It follows the fortune of two young sisters as they grieve for their mother.

The book is part of the Pépites internationales 2022, selection, a programme supported by the Salon du Livre et de la Presse Jeunesse in Seine-Saint-Denis and the Institut francais. To mark the occasion, the Institut français, in partnership with the Alliance Française de Paris and the SLPJ, is offering French teachers and their students from all over the world the opportunity to take part in videoconferences with the authors of the children's literature selection from 19 October. Tom Aureille will be taking part on 23 November.

Details and registration for the videoconferences

Born in Agen and aged 24, Tom Aureille trained in comics at the Lycée Auguste Renoir in Paris and holds a Diplôme des Métiers d'Art (DMA) in illustration. As one of the twenty Young Talents selected for the Angoulême Festival in 2020, he was spotted by Max de Radiguès and the publisher La Sarbacane, with whom he published Le souffle du géant, his first comic book. Currently based in Strasbourg, he works part-time in a bookshop.

Le Souffle du Géant (The Giant's Breath) tells the story of Iris and Sophia, two sisters who embark on a long journey to the northern territories. Their goal: to take advantage of a precious stone in their possession, which, according to legend, can raise the dead. Bereft from the recent loss of their mother, the two sisters, with their very different and strong characters, also possess a power called the Breath, which allows them to fight barehanded with extra strength, and thus defeat all the undesirables who get in their way. Like the mysterious trapper Fagus, who would like to steal their crystal away from them...

A clear and dynamic drawing style

Entirely centred around the characters as they move through vast natural spaces, Tom Aureille's minimal style favours a clear line and large flat areas of colour. This offers the opportunity to poetically evoke themes such as mourning, sisterhood, or the way in which certain appearances can be deceptive. Filled with action scenes that follow one another at a frantic pace, Le Souffle du Géant is a comic book that succeeds in combining serious themes, such as mourning, with an enjoyable and easy to follow adventure. A first work that is highly accessible and yet demonstrates its author's maturity.

Comics on the international scene

Having received attention and acclaim from critics in France, Le Souffle du Géant has also been selected for the Pépites Internationales 2022. This programme offers diplomatic posts and all their partners (Instituts français, Alliances Françaises, media libraries, schools in the AEFE network, LabelFrancÉducation, local education systems, etc.) the opportunity to combine cultural discovery with the linguistic study of literary works for young people (aged 3 to 16) selected by the Salon du Livre et de la Presse Jeunesse and the Institut français.

Le Souffle du Géant has also been added to the Culturethèque collection, the digital library of the Institut Français. Available to the French cultural network abroad, its audiences and its partners, Culturethèque allows several tens of thousands of works to travel across the world.