Despite the pandemic, we have been able to create a real link and open up a discussion at the level of the French territory as a whole.

Camille Soler and Emilie Joseph-Edouard Houdebine together founded the RamDam interprofessionnal network, dedicated to music for young audiences. The Institut français and the French cultural network abroad are supporting the RamDam network in its international projects.

Could you tell us about your respective careers? How did you come to be interested in musical performances for young audiences?

Emilie Joseph-Edouard Houdebine: I've been working in the music industry for thirty years: I started out working for major labels and as a press officer. I then set up a production company called Furax, dedicated to developing shows for current musical artists. Then I set up TRAFFIX MUSIC in 2005 to work specifically on exports. One of my artists then started to work and write for young audiences. I soon realised that this was a field closer to the values I held, so I changed direction to to specialise in it. Camille and I met at a professional event she had organised at SAX in Achères. I had been thinking for several months about setting up a Young Audience Music network, so I talked to Camille about it.

Camille Soler: Our views really complemented each other. At the time, I was in fact a programmer for young audiences in a contemporary music venue, and with Emilie, who was a producer, we shared the same observations. The RamDam network thus aims to include different profiles in discussions on the issues facing our sector. As far as I am concerned, after training at university as a mediator and cultural engineer, I initially worked in the performing arts: in national theatres and associations, but also for local authorities. I went on to specialise in young audiences, initially more in artistic and cultural education, and with a multidisciplinary approach.

What are the reasons that led you to found the RamDam network in 2017?

Emilie Joseph-Edouard Houdebine: Absolutely. As a producer specialising in shows for young audiences, I realised that I felt quite isolated in my work, with few contacts to share my experience and my questions. There was no structure in this field for stakeholders to meet. There were networks dedicated to young audiences, but not specifically dedicated to musical performance. The idea was therefore to pool our knowledge and carry out joint actions. It was also important to improve the image of this sector, particularly in terms of artistic requirements: this is a process that we were all able to carry out together thanks to RamDam. 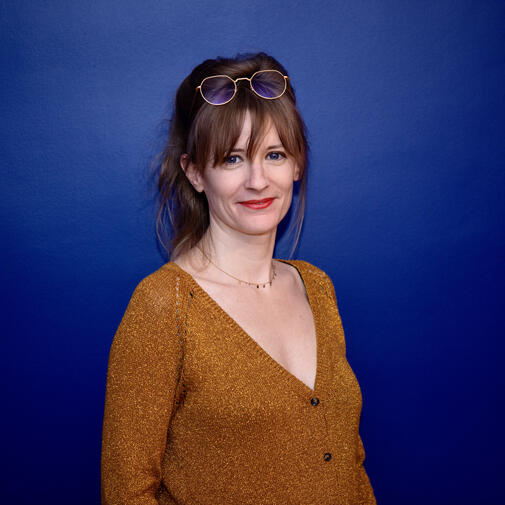 Personne Citée
Camille Soler
Citation
In France, we like to put things into boxes, and there are boxes for every aesthetic (...). It is our role to look for points of convergence to promote musical creation for young audiences, both in France and internationally.

What are the specificities and constraints of musical performances for young audiences compared to more traditional shows?

Camille Soler: In my opinion, the specificities lie mainly in the artistic intention, which consists in addressing a certain type of audience. In the context of an "all ages" show, on the other hand, we don't really ask ourselves the question of who we are addressing. Furthermore, the question of the definition of "young audience" also arises, and on this point opinions differ. Is it up to the age of 14 or 18? Does the term cover both early childhood and adolescents? Because there are some "all ages" groups who can enter a young audience framework, and I personally think that offering several entry points to a work, including parents, is a very important aspect.

Could you explain how you work? What kind of relationships do you have with professional stakeholders and institutions?

Camille Soler: From an internal point of view, we operate as a non-profit association, with a board of directors and 145 members divided into colleges of members. These include production companies, venues, festivals, federations and networks, companies, publishers, independent artists, etc. As far as institutional relations are concerned, our aim is to bring together their views on the issue of young audiences. In France, we like to put things into boxes, and there are boxes for every aesthetic, each of which has its own networks and structures: contemporary music, traditional music, classical music, etc. It is our role to look for points of convergence to promote musical creation for young audiences, both in France and internationally.

What is your vision for the development of shows for young audiences internationally?

Emilie Joseph-Edouard Houdebine: We are working to develop it, even if exports are still largely in the minority. Things are still at a very early stage in Europe, where distribution is largely local. Beyond the absence of dedicated networks, it is also a question of political will. It is difficult for young people's shows to be profitable, as they are very low-cost or even free. So there is no dedicated economic structure.

What are the first major projects that RamDam has been able to carry out since its creation?

Emilie Joseph-Edouard Houdebine: Covid-19 created a real challenge to maintain the link with our various stakeholders on the ground. But despite the pandemic, we have been able to create a real link and open up a discussion at the level of the French territory as a whole.

Camille Soler: We have also set up an intermediation service for the Salles Mômes scheme supported by Sacem, which encourages contact between artists and venues. And we are currently working on two projects that could be linked together in Seine-Saint-Denis: a cultural action project and another for shared creation.

The Institut français and the French cultural network abroad are supporting the RamDam network in its international projects.

Image
Interview
Fabienne Azzaro presents FAIR, a scheme in the field of contemporary music supported by the Institut français

Smaïl Kanouté, dancer and choreographer
Divino Sospiro is on tour in France as part of the France-Portugal 2022 Season!
See all interviews
L'institut français, LAB
Grenouilles
Surprise me