Ismaël Joffroy Chandoutis, winner of a César in February 2022, is an artist in the Escape exhibition of the Institut français

Art always happens when you don't expect it and that's what makes it so rich.

Trained at Le Fresnoy and INSAS (Institut National Supérieur des Arts du Spectacle), Ismaël Joffroy Chandoutis questions the circulation of images, but also memory and technology in his ambitious cinematographic work. His film Swatted, which deals with cyber-harassment, is presented in the exhibition Escape, a Journey to the Heart of Digital Cultures that the Institut français is offering to the French cultural network abroad.

Ismaël Joffroy Chandoutis, who won the César for best short documentary in 2022 for his film Maalbeek, talks about his creative work and his quest for new artistic idioms.

After studying editing and directing, notably at INSAS in Belgium, you became a filmmaker. How did this desire for cinema come about?

My passion for cinema comes from writing, from the desire to evoke the films I loved through criticism. For several years, I wrote for the daily newspaper of the Clermont-Ferrand Short Film Festival, where I met Olivier Smolders, who taught at INSAS. As I liked his films, I went there to study editing.

I approach cinema through the field of contemporary art and I draw as much inspiration from non-narrative works as from narrative works. I am thinking in particular of the work of Harun Farocki, for his piece Parallel I-IV, or that of Peter Tscherkassky with Outer Space. For me, cinema has, at the outset, an experimental grammar, which is very far from the form that we know today. In contemporary art, we question this established convention of what cinema is to question the place of the image in our society.

Halfway between documentary film and contemporary art, you are developing an ambitious artistic practice, the "cinematière". Can you explain this concept to us?

The "cinématière" is a concept created by the essayist Sébastien Rongier, who wanted to make a history of films for the world of contemporary art. There are several categories of films, including works of classical cinema that are revisited through the exhibition space. Putting the extracts and the film back on stage means questioning the medium, as well as the evocative power of the image. Where does the narrative circulate, how has cinema been able to have an impact and how does it manage today, despite the Internet or video games, to remain a place where we give ourselves uninterrupted time? Moving the cinema into the field of contemporary art allows us to address this issue, but also to become spectators of a mechanism, that of cinematographic dramaturgy. Above all, I seek to produce a new meaning and the cinématière helps to create new artistic idioms.

At the heart of your films, you question our relationship to images, technology and memory. How do you elaborate on these themes and why do you choose to stage them?

The driving force behind my work is always an encounter, whether it's with people or by reading an article. I am often influenced by journalism, which is my primary source of information. For example, for Ondes Noires, I learned in Le Monde that an anti-wave bunker had been built in Zurich and I discovered that there were people intolerant to electromagnetic waves. So I went to meet them at this centre and I was quite taken aback, to the point of thinking of taking on the subject. However, I had to deal with the problem of a feeling that was foreign to me and, inevitably, when one speaks of the invisible, one touches the limits of representation. It therefore seemed appropriate to use art to question it. Art always appears when you least expect it, and that's what makes it so rich. 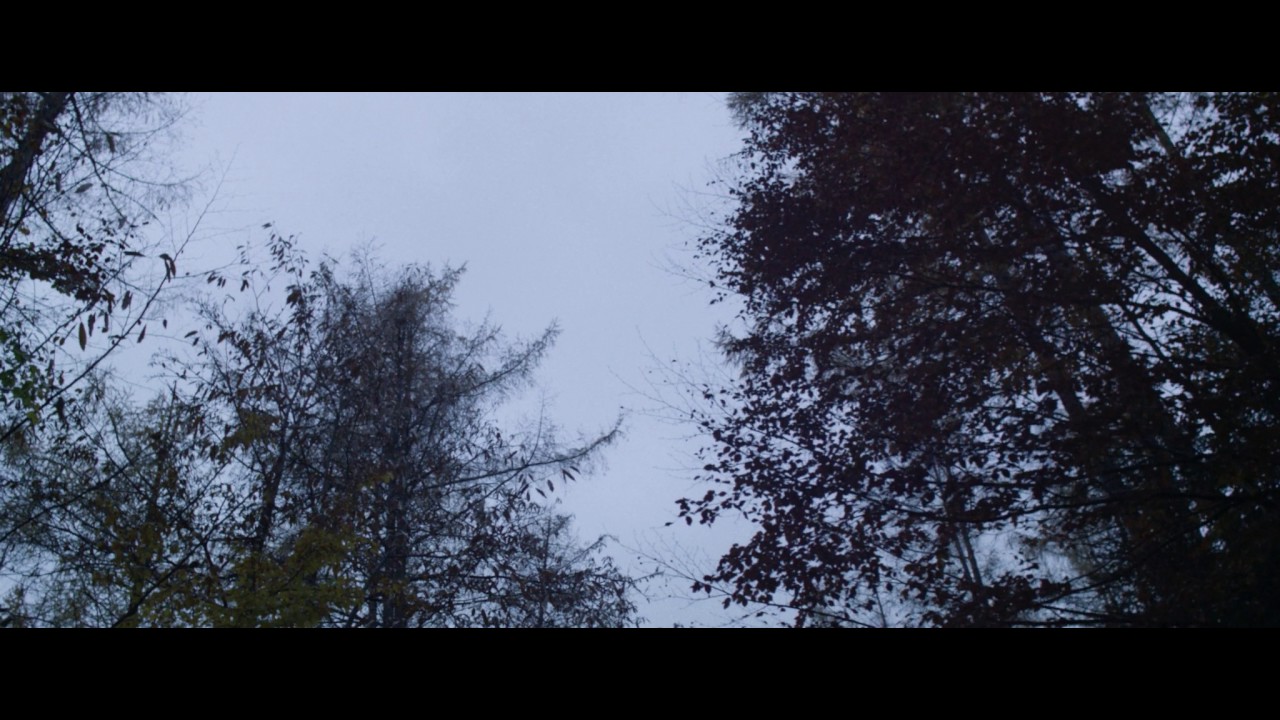 In Ondes noires and Swatted, two of your short films, the question of the virtual is omnipresent and you point out the dangers of hyper-connection. How do you view our current dependence on digital technology? Are you worried about the future?

I think the virtual doesn't even exist anymore. I think we are permanently in a virtual reality that is updated every second of our lives. The virtual is both a source of enrichment and communication with others, but at the same time it gives rise to many ills. Let us say that it is not only the virtual, but rather globalisation that is questioned through it and the Internet. Once again, it seems to me that this subject is crucial. By questioning it through art, it allows us to better understand the complexity of our world and the circulation of images. 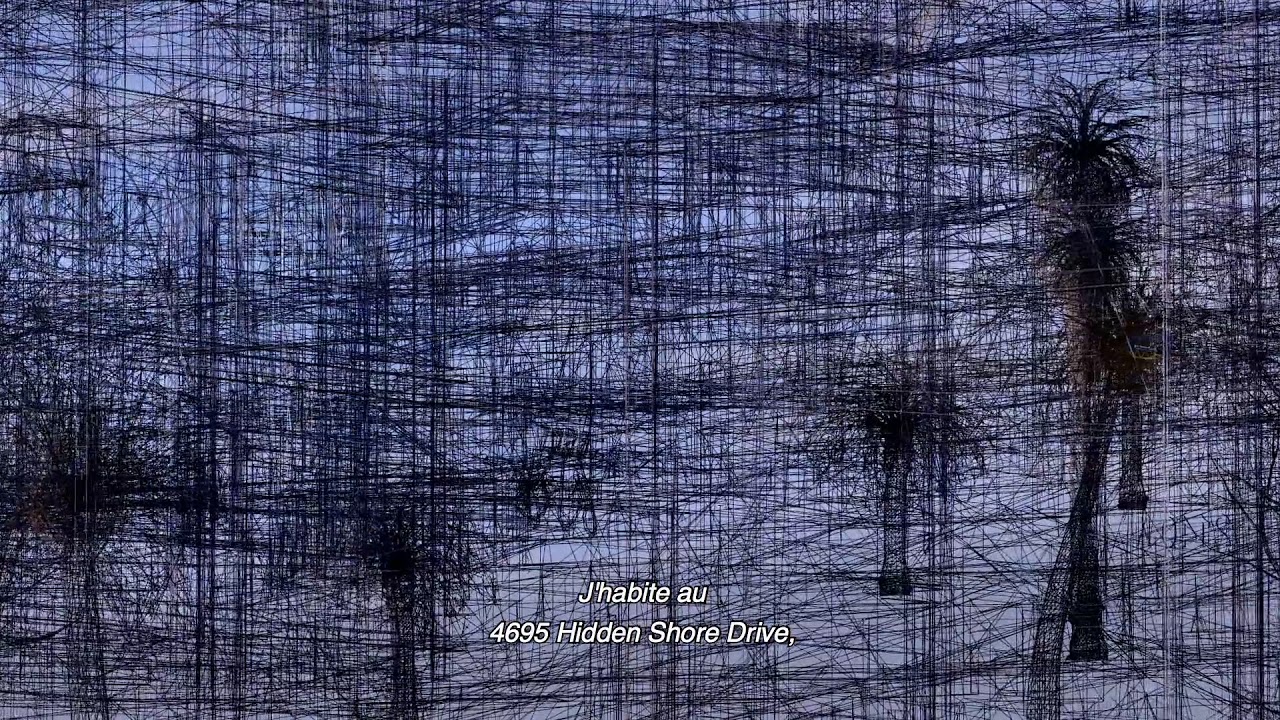 Between the real and the virtual, your creations also speak of invisible threats and play on the impossibility of representing them. What subjects would you like to deal with in the future?

I have two projects in progress, one on deepfake (a technique for faking videos or audio recordings), which I would like to approach from the angle of intimacy, and a second about a hacker. I'm going to think about it, initially in the form of still images, then in the form of live images, and perhaps treat it from a more cinematographic point of view. But I don't formalise myself on a precise concept or medium: I experiment, and this experimentation can be as much in the performance as in a series of photos or a film. It is precisely through this experimentation with several media that one finds, at a given moment, the right form. At the beginning of my projects, I am especially interested in the search for paradox. This is the essence of art, in my eyes, and it should not be encumbered by narrative.

Selected during the Critics' Week in 2020, your latest short film, Maalbeek, is about the attack of 22 March 2016 in Brussels. Why did you decide to evoke the trauma of this event?

Maalbeek was born before the events of the film. At the time, I was living in Molenbeek and I had the idea of making a film about its main square. Unfortunately, the attacks wiped out this project and I couldn't continue working on it in the same way. The metro that was bombed was the one I used every day at that time and I had to think about the right way to make a film that did not fit into a logic of using images. I therefore looked at the circulation of images and the way in which the media saturated people's thoughts with anxiety-provoking images, without realising that they were participating in the fabrication of terror. I met Sabine, the character in my film, who survived but doesn't remember anything. It seemed essential to me to start from this nothingness to tell my outpouring. In this intermediate space between her absence of images and my excess, the film had to go beyond reality, not document it. It is, moreover, a film about memory than about the attacks. 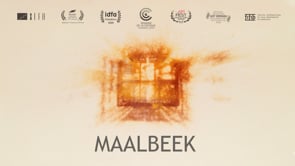 Last February, you received the César for the best short documentary film for Maalbeek. What does this recognition from the industry mean to you?

I am very happy to receive an award in the documentary category, as it had disappeared from the César awards for a while before coming back this year. So I am the first person to benefit from this resurrection of the documentary César. This places the film in the continuity of filmmakers who have inspired me a great deal, such as Agnès Varda or Chris Marker. These are precisely the artists who are elusive in their insatiable desire to experiment. This prize is a mark of quality, which I hope will allow me to facilitate the arduous process of financing original films. It will help me to support my next projects, whether in cinema or contemporary art.

Are you considering a move into feature films? What are your future projects?

I am obviously considering feature films, but it is not a necessity. I don't see it as the culmination of a filmmaker's career. For me, it's something that must be driven, above all, by the subject that we tackle and that determines the medium, and also its duration. This is not my primary criterion for evoking a subject or a work, I believe that it is imposed after a certain point in the process. It might happen, but I leave that to chance.

Swatted, by Ismaël Joffroy Chandoutis, is presented in the exhibition Escape, a Journey to the Heart of Digital Cultures.

Initiated by the Institut français, the exhibition is being presented by the French cultural network abroad (Instituts français, Alliances françaises…) and his partners since 2021.

Image
Close up
"Les Mains libres", the world première of the restored version in the presence of Zineb Sedira

Image
Work
Let It Be Morning, a film by Eran Kolirin supported by the Aide aux Cinémas du monde

Dyana Gaye and Valérie Osouf present Tigritudes, an anthology of Pan-African cinema initiated as part of the Africa2020 Season
Jana Budkovskaja, founder of the platform OBJEKT, presents the Micro-Folies project in the framework of the FPEU
See all interviews
L'institut français, LAB
Grenouilles
Surprise me