To mark the Immersive Experiences (XR) FOCUS organised by the Institut français, we meet the director of the Grand Palais Immersif, Roei Amit

Innovation is never a goal in and of itself – technology is just another means. The content always takes precedence.

You have been working in the culture sector for over twenty years, with a particular interest in the digital realm. Can you tell us briefly about your career?

After university, where I studied philosophy, I soon began working in the fields of creation and innovation. I started at UNESCO, then MK2, INA and finally the Réunion des musées nationaux - Grand Palais. At the time, cultural innovation and digital subjects were already closely linked. That said, I am not technically a geek; rather, I look at the digital realm from the perspective of its effects on society.

Its aim is to produce and disseminate exhibitions using a new, mainly digital, format. They are in situ projects, shown around the world, that allow us to approach different artistic and cultural themes in a new way. After several proof-of-concept exhibitions in recent years, the Grand Palais decided to structure this work in a more ambitious way by establishing this subsidiary. The Grand Palais Immersif aims to produce two new exhibitions a year, present them in Paris at a dedicated venue and then disseminate them in France and around the world. We are particularly interested in anything that might change our view on certain major subjects in the history of art and culture, by providing very contemporary insight. We began with the exhibition Eternal sites, on the archaeological sites destroyed by ISIS in Iraq in Syria, which served as a kind of trial run and was followed by an exhibition on Pompeii. The reason behind this choice was the discoveries made possible by archaeological excavations on a scale not seen for thirty years. This editorial line continues today with Mona Lisa - an immersive exhibition, which can currently be seen at the Palais de la Bourse in Marseille.

Can you tell us about Mona Lisa - an immersive exhibition, co-produced with the Musée du Louvre, which is currently taking place at the Palais de la Bourse in Marseille?

The exhibition attempts to answer the following question: why did this painting become the most famous one in the world? How is the fame of such an image built? To what extent is it linked to the story of its creation? The Mona Lisa is now much more than a painting by Leonardo da Vinci. The exhibition therefore raises a very current question: how does something become a masterpiece? We try to offer a sensitive and poetic response, while also making the wealth of analysis on the subject accessible. 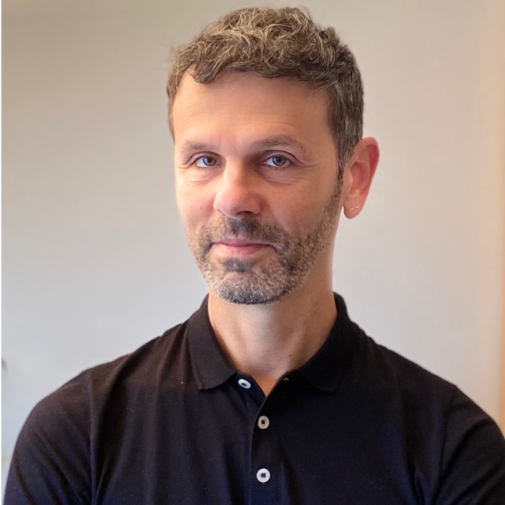 Personne Citée
Roei Amit
Citation
new technologies allow us to offer content in a multiple, simultaneous way and on a large scale.

How are immersive technologies changing the way we approach the format of exhibitions today?

Today, the term “immersion” has become rather clichéd. What is “immersive” art? To a certain extent, it can be said that art has always been immersive, ever since the cave paintings of prehistoric humans. Spatiality was also considered very important in the Middle Ages and the Renaissance, particularly in churches. Today, new technologies allow us to offer content in a multiple, simultaneous way and on a large scale. Video mapping or virtual reality headsets, for example, are devices that use several of our senses at the same time. We work on these themes with the Grand Palais Immersif: monumental projections, some more narrative and analytical moments and, finally, the ability to interact with the works. This allows us to create exhibitions that fit well with the architectural specificities of the venues through the scenography created. The result is a space that visitors can explore and experience in their own way.

How can one stand out at a time when nearly all major museums, in France and around the world, are using these innovative formats?

It’s true that the increasingly diverse offering is as much a feature of existing venues as the new spaces dedicated entirely to these formats. That said, the Réunion des musées nationaux - Grand Palais is unique in that we are not a museum but an institution, meaning that we work with the Louvre, or the Opéra Bastille, on an occasional basis. The other question raised relates to the scale of the tools and devices. Today, technology makes a lot of things possible, on very different scales, and it’s up to each of us to use them in our own way. Innovation is never a goal in and of itself – technology is just another means. The content always takes precedence.

In partnership with the Opéra National de Paris, you are currently working on setting up a new immersive venue at the Opéra Bastille. Can you tell us more about the project?

In September we will be opening a space dedicated to this kind of exhibition at the Opéra Bastille. The first, entitled Venice revealed, will be dedicated to the feat of engineering that was the construction of Venice, and its battle against the climate change that threatens it today.

You will be showing this new space and presenting works from the Palais Augmenté, the festival for augmented reality that you are organising with Fisheye at the Grand Palais Éphémère, during the Immersive Experiences (XR) Focus organised by the Institut français from 7 to 12 June. The principle of the Focus is to invite foreign professionals to France with the aim of encouraging the dissemination of French artistic creations and developing international partnerships. What prospects for international development do you envisage for the Grand Palais Immersif?

We would of course like this new exhibition format to be disseminated around the world as widely as possible. Unlike exhibitions with large, physical artworks, immersive exhibitions are better suited to touring. As such, we are going to host several foreign delegations, making the Immersive Experiences (XR) Focus an opportunity to present brand-new experiences to international programmers.

The institut français is organising a FOCUS dedicated to immersive experiences from 7 to 12 June.

Find out more about this FOCUS

Image
Interview
Jana Budkovskaja, founder of the platform OBJEKT, presents the Micro-Folies project in the framework of the FPEU

Image
Interview
Ismaël Joffroy Chandoutis, winner of a César in February 2022, is an artist in the Escape exhibition of the Institut français

Jana Budkovskaja, founder of the platform OBJEKT, presents the Micro-Folies project in the framework of the FPEU
From 15 to 19 June, the Institut français is organising a Dance FOCUS as part of the Nomadanse festival
See all interviews
L'institut français, LAB
Grenouilles
Surprise me