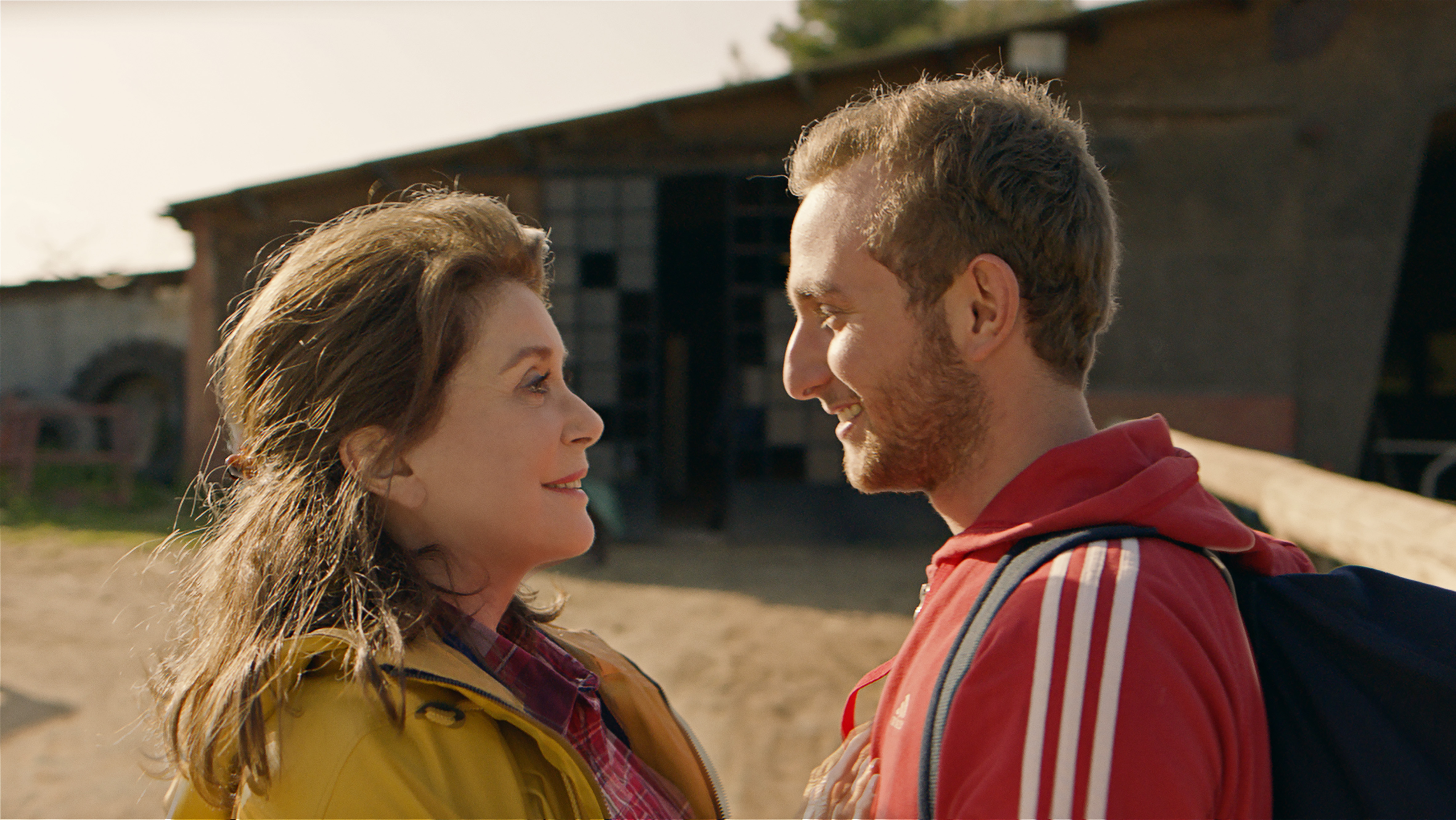 Based on the relationship between a young French man about to go to Syria and his grandmother, L'Adieu à la nuit offers a reflection on the conflict between generations.

Life as a novel

When he arrived in Paris in the early 1960s, André Téchiné had only one ambition: to make films. In 1964 he became a critic with the Cahiers du cinéma magazine and then an assistant director, before directing his first feature film, Paulina s'en va (Paulina Is Leaving), in 1969.

This first radical and sensory experience was released only six years later, almost at the same time as his second film Souvenirs d'en France (French Provincial, 1975) in which the film maker reveals his deep love for actresses. This feeling dominates a work designed as a setting both for young actresses – Juliette Binoche in Rendez-vous in 1985 – and for older actresses – Catherine Deneuve, with whom he has made eight films.

A blend of biography and fiction, André Téchiné interviews young people grappling with time and history, as shown so clearly in Wild Reeds in 1994 and L'Adieu à la nuit (Farewell to the Night) in 2018.

Muriel loves her grandson Alex. When he visits her, just days away from a trip to Canada, Muriel is looking forward to enjoying his company. Yet Alex is distant. He takes refuge in prayer and acts as if something is broken between them. Muriel then understands that Alex is leading the jihad in Syria.

Based on current affairs but without any sociological approach, L'Adieu à la nuit allows André Téchiné to re-examine adolescence, a time of both the most beautiful and most frightening changes.

Since the early 2000s André Téchiné has integrated news into his cinema. This tendancy can be seen in La Fille du RER (The Girl on the Train, 2009) and L'Homme qu'on aimait trop (In the Name of my Daughter, 2014), two films inspired by real events. L'Adieu à la nuit extends these narrative experiments by creating the characters from the testimonies of young French converts to Islam collected by journalist David Thomson for his book Les Français jihadistes (The French Jihadists, 2014).

These voices are staged with the traditional elements of his cinema: the golden light of the south west, the smell of the seasons and the family unit where identities are redrawn.

Selected six times at the Cannes Film Festival since 1979, André Téchiné is one of the most renowned French film makers abroad and is a regular at major international events. L'Adieu à la nuit is no exception as it has been presented out of competition at the 2019 Berlinale in Germany, as well as at the Odessa International Festival in Ukraine.

Its current theme has made the film perfect for distribution in French-speaking countries such as Belgium.

L'Adieu à la nuit by André Téchiné has been screened internationally by the Institut français.