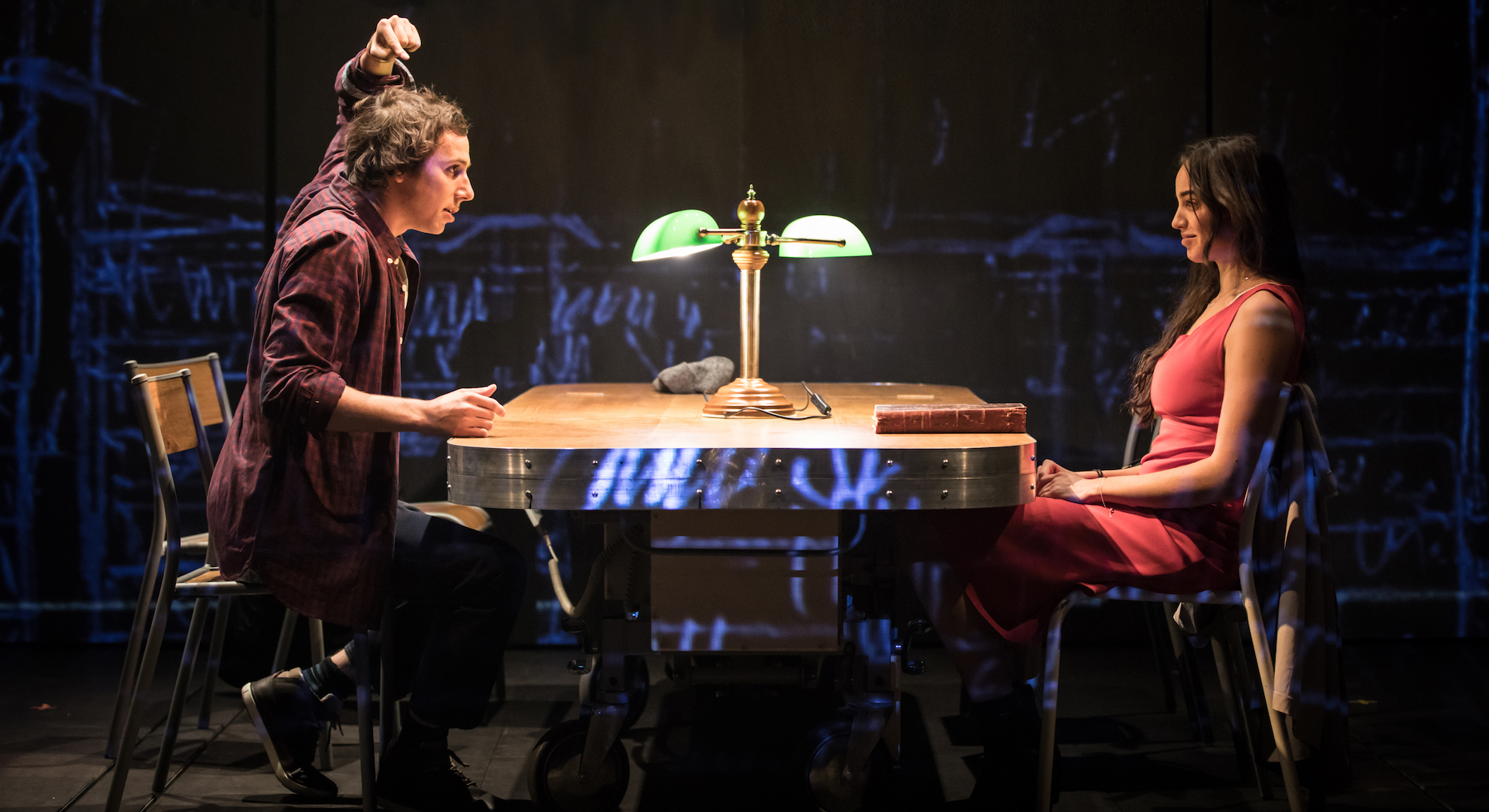 With All birds, Wajdi Mouawad does justice to his reputation as a great playwright. Impossible love, settings and characters full of history: it’s all there!

A man with many hats

Wajdi Mouawad was born in 1968. Author, director and actor, he lived in Lebanon and Quebec before moving to France. He began his career as an author and director with most notably: Playing hide-and-seek with two Czechoslavs at the beginning of the century (“Partie de cache-cache entre deux Tchécoslovaques au début du siècle”) (1991), The Cromagnons’ wedding day (“Journée de noces chez les Cromagnons”) (1994) and Willy Protagoras locked in the toilets (“Willy Protagoras enfermé dans les toilettes”) (1998).

Wajdi Mouawad has also been director of the La Colline theatre since April 2016.

All Birds, brought to the La Colline theatre in 2017 by Wajdi Mouawad, is inspired by a Persian legend about an amphibious bird, the story of a bird who dreams of swimming with fish and who grows gills so he can do so. The director uses this metaphor to address the tricky issue of the Israeli-Palestinian conflict. His characters, two students in love, one a German Jew, the other an American Arab, are the collateral victims, carried away by a tragedy that goes beyond their mere human existence.

The play opens with a scene in a New York library and then moves to the heart of the conflict, in Jerusalem. Generations are torn apart and the painful past confronts the reality of the present.

From History to story

The story of All Birds begins when American historian Natalie Zemon Davis became obsessed with Description of Africa, a book by Hassan al-Wazzân, known as Leo Africanus (“Léon l'Africain”), printed in Lyon in 1556. Fascinated by the fate of this man, she decided to write a biography about him, Leo Africanus: A traveller between two Worlds (“Léon l'Africain : un voyageur entre deux mondes”), which appeared in the United States in 2006 and in France in 2014 (Payot).

To adapt it for the stage, Natalie Zemon Davis thought of Wajdi Mouawad, whose last play she just saw. The researcher and the author met between two flights at the Toronto Airport in 2006. Wajdi Mouawad decided to turn this story into a modern fable through the character of Wahida, a young student studying Hassan al-Wazzân.

To bring a formal authenticity to a story that takes places between characters of different nationalities, each of them speaks in their own language. Hebrew, Arabic, English and German blend in each scene, accompanied by French subtitles.

The actors also contribute to this multiculturalism, as they are all from different countries, from Israel to Germany, Belgium, Switzerland, Romania and Mozambique.

Performed at the Cameri Theatre in Tel Aviv, from 27th to 30th November 2018, All Birds (“Tous les oiseaux”), by Wajdi Mouawad, recently closed the 2018 Season France-Israel.

The 2018 France-Israel Season (June-November 2018) was organised and implemented by the Institut français, the Ministry of Foreign Affairs of the State of Israel, and the embassies of both countries.