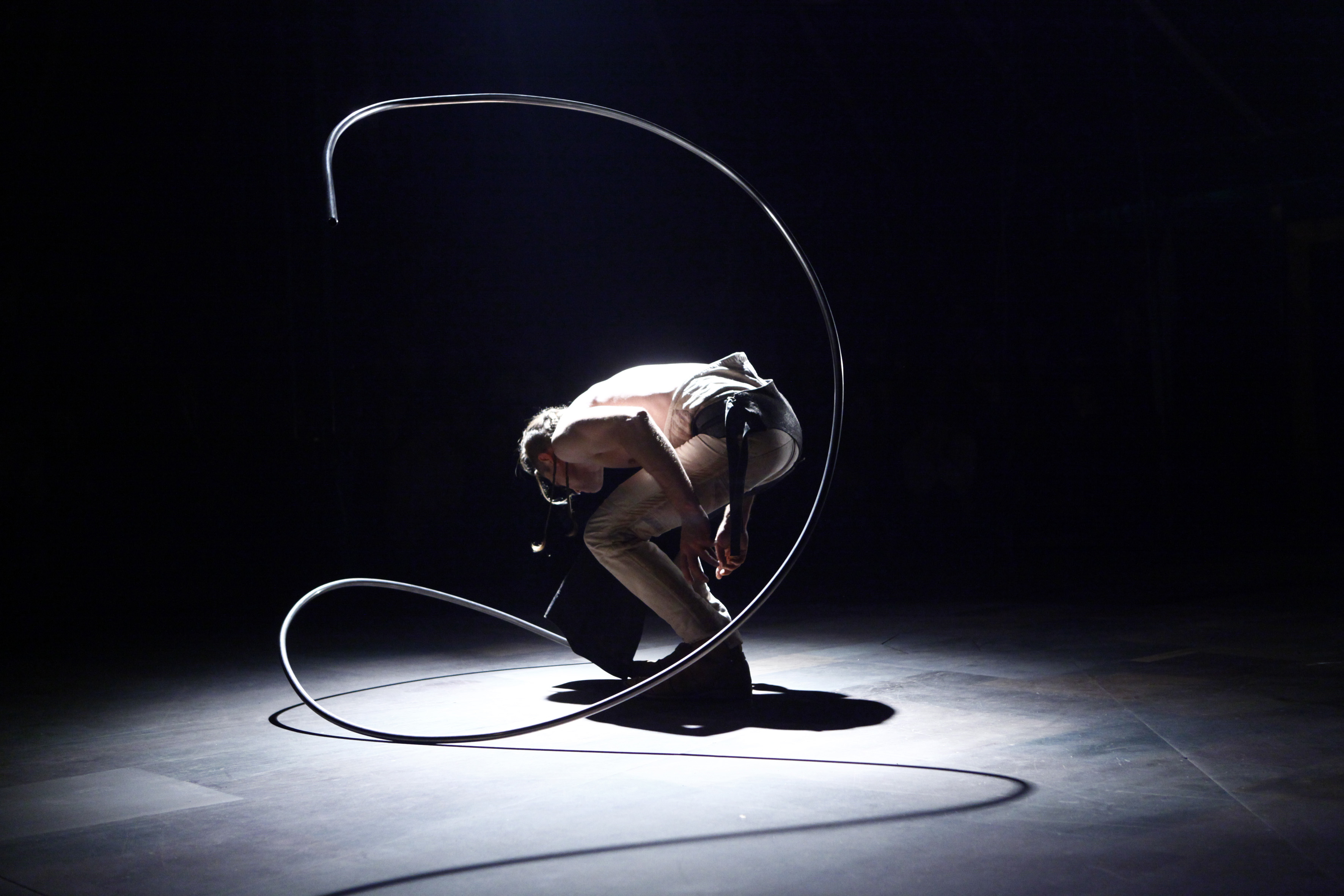 Cycle? Moving show? Reflection on balance and the world? Attraction is a shape-shifting work, at the edge of science and circus, driven by its creators magical soul.

The son of a sculptor and a ceramicist, at once an acrobat, clown and inventor, Johann Le Guillerm was only 16 years old when he joined the first class of the National Centre of Circus Arts, created in 1985 in Châlons-en-Champagne. Although he struggled to find his place in the school system, he found a way to grow in the circus. First by accompanying Archaos and La Volière Dromesko in the early 1990s, then by founding his company Cirque ici in 1994 and creating his first solo show, Where’s That? (“Où ça ?”) .

After winning the Grand Prix National du Cirque in 1996, he began a period of reflection that in 2001 led him to the creation of his most ambitious project yet: Attraction.

Attraction is not, strictly speaking, a show, but rather a proposition, made up of several works that illuminate each other. It consists of shows – (The Not A Big Deal (“Le Pas Grand-Chose”)) , a performance-lecture in which Le Guillerm dissects his art – but also in objects exhibited outdoors – Les Architextures, gravity-defying structures– or in performances set in unusual locations.

At the heart of this ensemble shines Secret (temps 1 and 2), a joyful show on tracks, where the artist is an acrobat, juggler and a rider experiencing balance in all its forms.

The unique feature of Attraction is the way it extends over time, without an established form. Johann Le Guillerm describes this collection of works as a series of experiments born of a desire: "to rethink my environment for myself and to share the fruits of my research".

Johann Le Guillerm designs the objects for each show or installation in his workshop-laboratory. Poetic machines such as the “Jantabuée” (a steam-powered wheel) and the “Traftochiche” (a bicycle driven by the fermentation of chickpeas) arise from the artist’s head and hands.

The Attraction project was born during a world tour Johann le Guillerm took between 1999 and 2000. Equipped with a tightwire, he travelled to Africa, Australia and South America to meet isolated communities or traumatised people. Faced with different cultures, he worked with imbalance and expanded his circus skills.

Over the years, Attraction has also become a place of exchange with the public, with some of the works that make up the whole having been created during tours in France (in Nantes and Marseille) as well as abroad (in Copenhagen and Buenos Aires).

Attraction – and in particular its latest chapter in the form of a lecture-performance, No Big thing (“Le pas Grand-Chose”) – is supported by the Institut français, in partnership with the City of Paris.