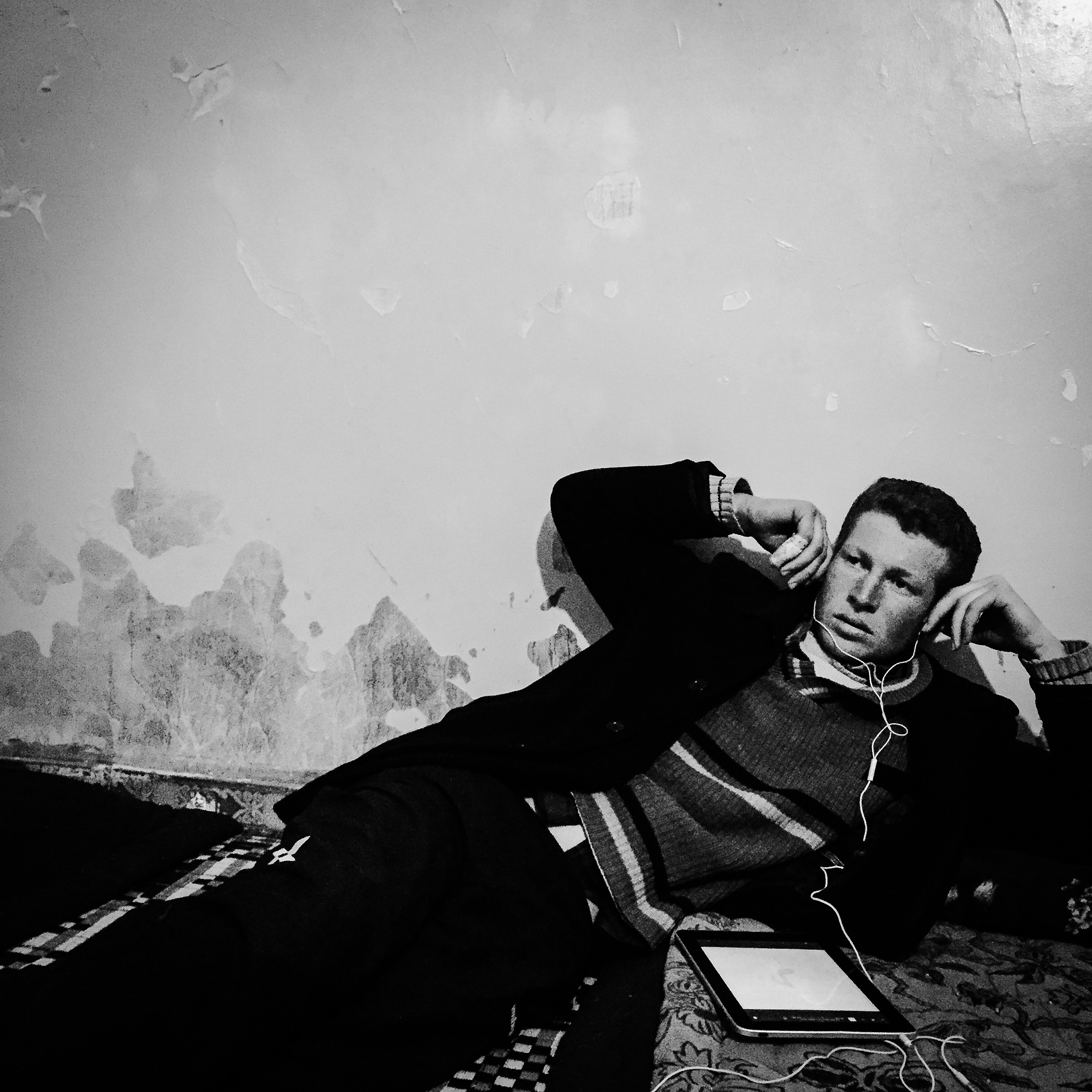 iPhone in hand, photographer Fethi Sarahoui follows the journey of his cousin Bouchentouf, who suffers from mental illness. A black-and-white series that captures everyday bursts of light.

A self-taught photographer born in 1993 in Hassi R'mel, 600 km south of Algiers, Fethi Sarahoui has made his iPhone his main working tool. Since 2015, he has worked with Collectif 220, a group of seven Algerian photographers with whom he exhibited Chawari3, dedicated to Algerian street scenes. In 2015, he was awarded the First Prize for Young Talent by La Quatrième Image in Paris.

His project Mercedes Island, on the omnipresence of the Mercedes brand in the Sahrawi refugee camps, was a winner of the Contemporary Creation Prize from the Society of Friends of the Arab World Institute in 2017.

Suffering from mental illness, Bouchentouf also lost his father at the age of 5 and had to leave school after just two years. Drought forced his family to leave their farm and move to the city. His older brother committed suicide.

This boy with such a difficult life is Fethi's Sarahoui’s cousin. In B as Bouchentouf, 2016-2017, the photographer documents the fleeting moments of this battered existence, rather than pointing out its setbacks.

A series in black and white, an intimate chronicle of a daily life on the margins, revealing harsh living conditions, but also moments of grace.

Can madness have life-saving qualities? In the photographic series B as Bouchentouf, 2016-2017, Fethi Sarahoui seizes on moments of joy suspended within the bitterness of daily life, moments where his cousin's mental illness seems a remedy for the drama that plays out every day. “I try to be a witness,” says Sarahoui.

While the artist takes a self-taught approach to the photographic medium, the thoroughness with which he explores the environment and the objects that make up Bouchentouf's everyday life place his work squarely in the realm of ethno-photography.

In 2017, Fethi Sarahoui was awarded the Leo Africanus Prize at the Bamako Encounters – African Photography Biennale. This award recognizes the work of an emerging artist residing on the African continent, whose approach embraces social issues.

With this project on the question of difference and rejection in society, Fethi Sarahoui's artistic approach, based on a storytelling which is as intimate as possible, discusses a universal issue that transcends Algerian borders.

Fethi Sahraoui was awarded the 2017 Léon L’Africain Prize at the Bamako Encounters. This prize is awarded each year to an emerging artist living on the African continent whose work portrays social issues.

The Institut français is a co-producer, along with the Ministry of Culture of Mali, of the Bamako Encounters – African Photography Biennial.