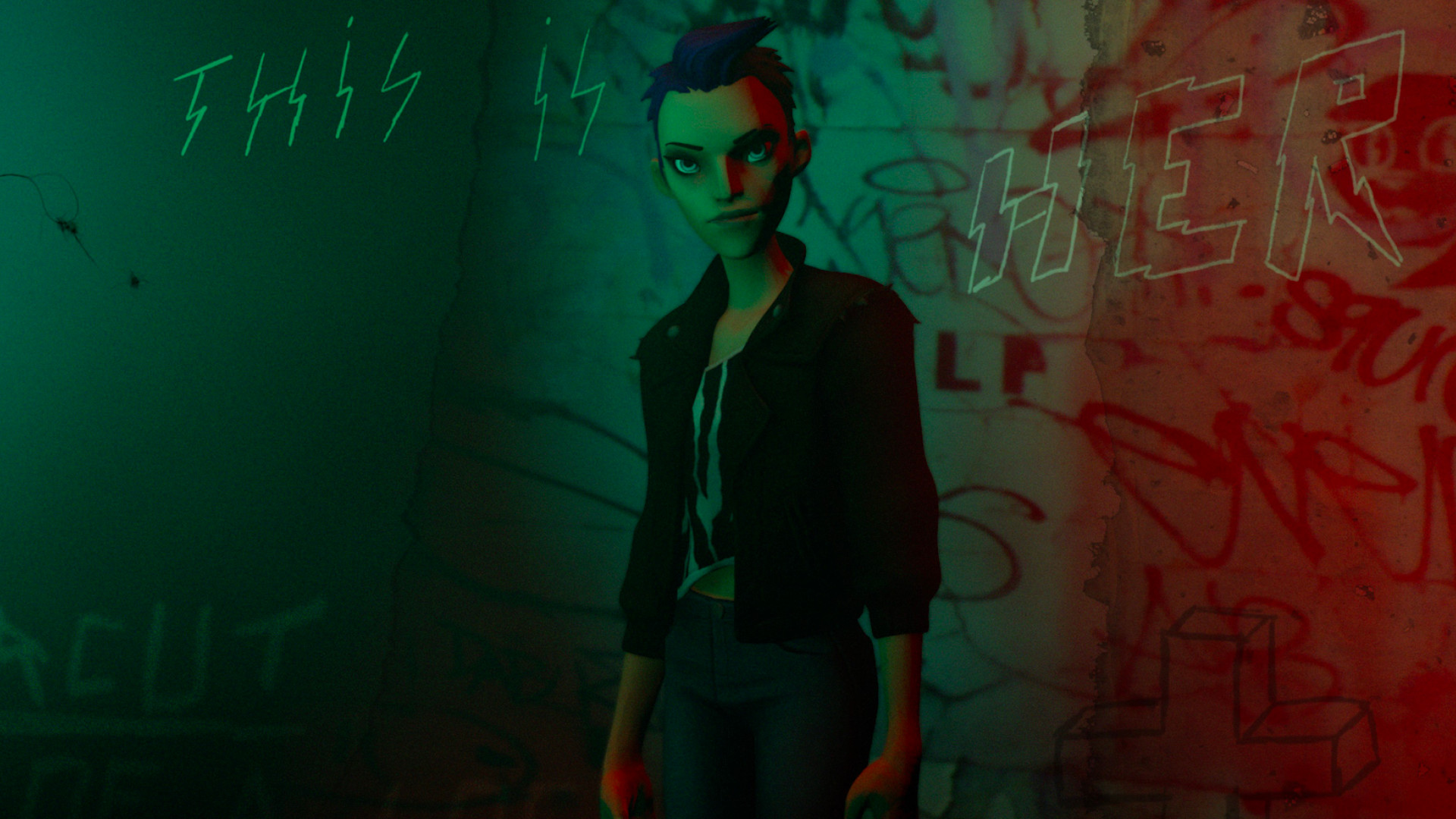 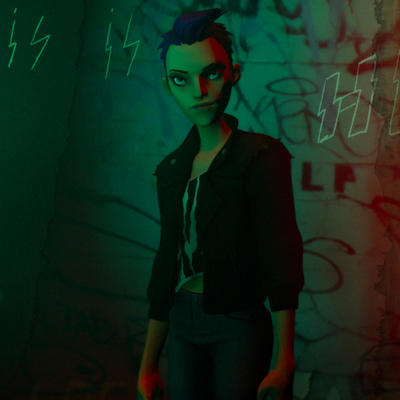 Battlescar – Punk was invented by girls, by Martin Allais and Nico Casavecchia

Two young girls get an initiation into punk culture in 1970s New York, an unsettling yet joyous place. With Battlescar, an animated short in VR, Martin Allais and Nico Casavecchia transform a modern tale into an immersive experience

The work of Martin Allais and Nico Casavecchia, the makers of Battlescar, has long been rooted in the visual arts and technological innovation. The creator of the multi-award-winning A Boy and His Atom (2013), a film made using molecules of carbon monoxide and crowned “The World’s Smallest Movie” by the Guinness World Records, Casavecchia shares a passion for both mixed media techniques and punk-rock culture with Allais.

An immersion in the Lower East Side

Battlescar is a non-interactive animated film in VR that tells the story of Lupe, a seventeen-year-old Puerto Rican-American girl discovering punk culture in 1970s New York. This coming-of-age fable follows Lupe’s encounter with Debbie, a charismatic girl who initiates her into the ways of the Lower East Side, a neighbourhood which, though deprived, is home to a flourishing musical scene. They decide to start a punk band and make a name for themselves in this dangerous yet exciting world. In Battlescar, the different scenes follow on from one another at a rapid pace, making use of all that VR has to offer, allowing the viewer to move through the shots and get close to the characters. This short film is nevertheless focused on the fundamentals: its story, narrated by Rosario Dawson (Jehnny Beth for the French version), which makes the characters seem all the more complete and lends a real cohesion to the whole.

The original idea for Battlescar belonged to Mercedes Arturo, Casavecchia’s co-scriptwriter and partner, and is inspired by her reading of Just Kids by the punk singer and poet Patti Smith. It made the New York-based couple want to resuscitate a city very different to the one they live in today. Through the eyes of a daughter of Puerto Rican immigrants, they offer us a whole chapter of New York history in a resolutely cartoon-like visual style. We explore it through a series of sketches featuring different techniques, including collage, pencil drawings and frames. The film also gives a central role to the historic figure of Eda Stiletto, an underground idol of the punk scene, who acts as a mentor to Lupe and Debbie.

Battlescar is the fruit of a co-production between the French studio Atlas V, which specialised in VR films, the channel Arte, and the American 1stAveMachine and Kaleidoscope. Presented in three ten-minute chapters, in 2018 the film was selected at such prestigious festivals as Tribeca Film Festival and the Venice Biennale. This immersive experience was shown to the public on a life-size set evoking a New York squat.

Battlescar has been supported by the Institut français in the framework of French Immersion, a program to support the export of French virtual and augmented reality projects and immersive experiences in the United States proposed in partnership with the Cultural Services of the Embassy of France in the United States, UniFrance, and the CNC.

This work is also part of Culture VR: la sélection, a varied offering that showcases the best of French creation in virtual reality intended for distribution within the facilities of the French cultural network abroad or its partners.