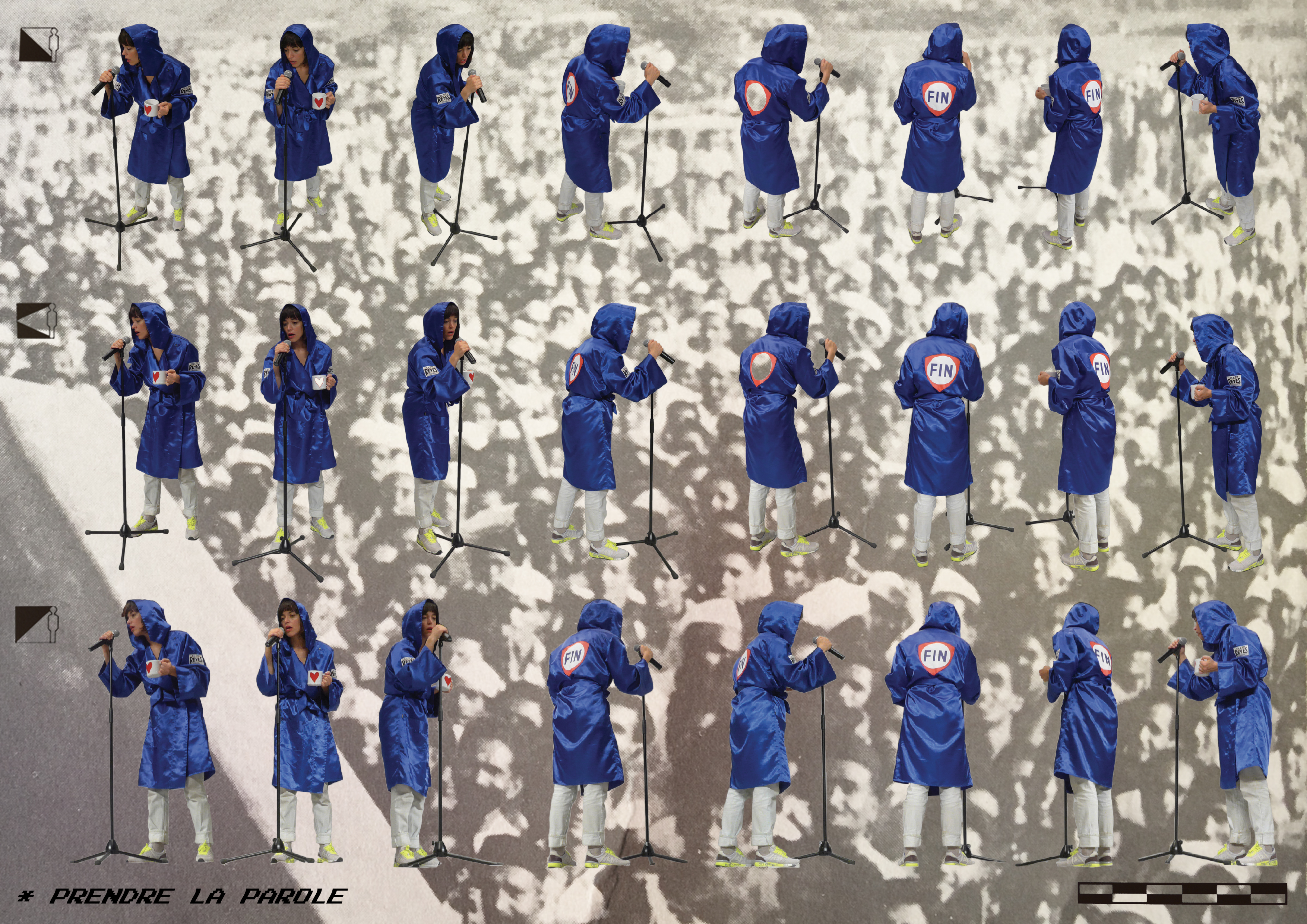 At the crossroads of circus, vaudeville and performance, Vimala Pons and Tsirihaka Harrivel examine all the things that carry us, crush us and which we cling to, from physical objects to feelings.

Tsirihaka Harrivel was born in Madagascar, Vimala Pons was born in India and moved to France at the age of 7. They met in 2005 at the National Centre for Circus Arts and graduated together from the Conservatoire national supérieur d’art dramatique theatre school in Paris.

In 2012, the duo created, as part of Ivan Mosjoukine’s collective, the show De nos jours (Notes on the Circus). This production deconstructed the codes of circus into 80 vignettes, and has been a major success with critics and the public alike. In 2015, they performed All Night Revue: Revue 1 à 6 during the Nuit Blanche in Paris, an “Incomplete Great Revue” of circus and vaudeville presented throughout the night in the former SNCF depots of la Chapelle. They created BIG – the following year and are preparing a “large-scale project”, All This/Only This (“Tout ça / Que ça”), for 2019.

If the title of the performance ends with a dash (“BIG –”), this is because, to use the words of its creators, it is a “show to be completed”.

With increasingly-heavy everyday objects balanced on her head – from a wax model to a washing machine – Vimala Pons performs a very long striptease. At the same time, her partner tumbles repeatedly down a giant slide. Both characters cling to what they want to leave behind: both the objects and their love.

At the crossroads of traditional circus, performance and contemporary theatre, BIG– picks apart all the moments of a break-up.

Literalness and the art of falling

Written together by Vimala Pons and Tsirihaka Harrivel, the work was born from a reflection on the ban against using any words which was placed on the circus in its early days, under Napoleon III. BIG– has as its motto: “Say what you do and do what you say.”

The show literally reviews all the objects we cling to: a mast, a wire, a feeling. The quest for balance is constantly endangered as the performers carry increasingly heavy objects.

The circus “art of falling” is pushed to the extreme, in infernal repetition. Until Tsirihaka Harrivel literally fell on stage in October 2017: the show had to be paused for a time.

From Rome to Beirut

De nos jours (Notes on the Circus) was performed in Belgium, Switzerland and Italy between 2012 and 2014.

To create their heart-pounding romantic chaos BIG–, Vimala Pons and Tsirihaka Harrivel worked in residence at the Villa Médicis in Rome, the French Institute of Beirut in Lebanon, La Brèche (National Centre of Circus Arts in Cherbourg-Octeville, Basse-Normandie), and the Centquatre in Paris. The show has already been performed in France, Belgium (Brussels), Italy (Rome) and Germany (Saarbrucken).

BIG- (“GRANDE-”) received support from the Institut français for a European tour in October 2018 as part of an agreement with the City of Paris.