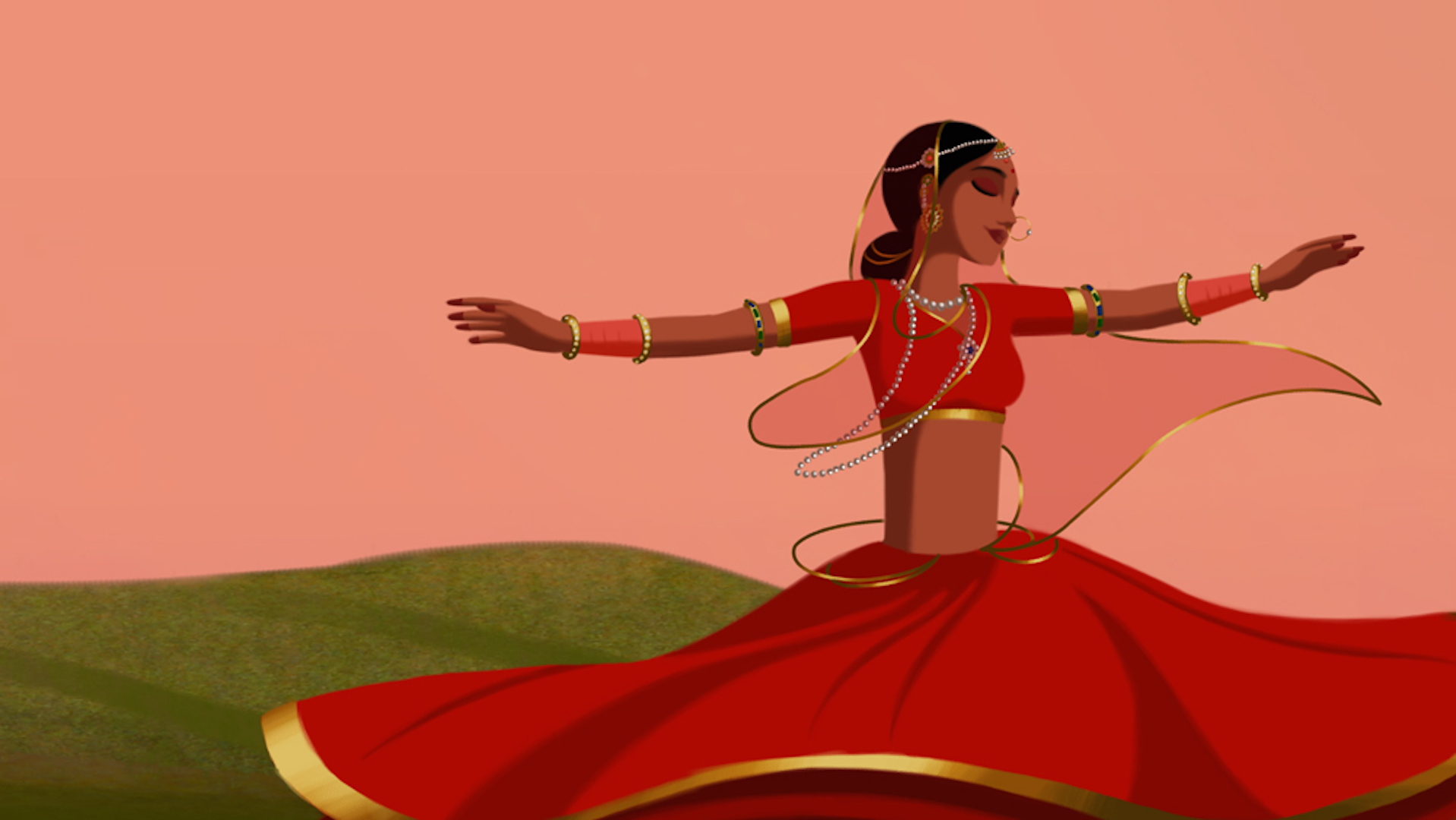 A colourful and dreamlike animation, Bombay Rose mixes up the fates of several inhabitants of Mumbai, India, a city teeming with love that persists and is sung about with a Bollywood touch.

A writer, editor, director and producer, Gitanjali Rao rose to fame thanks to her short film Printed Rainbow, which was presented at Cannes in 2006 and won the Oscar for Best Short Film in 2008.

In the bustling city of Mumbai, Gitanjali Rao imagined several stories and mixed up several destinies.

The main story focuses on the character of Kamala, who fled her village aged 21 to escape an unwanted marriage. To survive in the capital, the young Hindu sells flowers during the day and dances in bars at night. Salim, a migrant from Kashmir, plans to declare his desire for her, even if it means breaking  with tradition.

Alongside this impossible idyll, the film maker also tackles the themes of the love of two women, religious fanaticism, forced marriage and child exploitation.

Between writing the film, painting the scenes, the animation and the editing, Gitanjali Rao took six years to make Bombay Rose. In 2013, she found inspiration by observing the many passers-by in Mumbai and began writing the screenplay. The director alternates colour and black and white according to the times and places in which her stories unfold.

In addition to the colourful, artisanal animation, Bombay Rose includes numerous musical sequences. The songs were written by Swanand Kirkire, but Bombay Rose is neither supported by big names, nor intended for children, making it very difficult to fund.

After several collaborations with International Critics' Week, being selected offered her the chance to join Next Step in 2014, a programme aimed at helping young film makers develop their first feature film.

A women's tale that cuts across countries

Bombay Rose is a co-production between France, India, Qatar and the UK. Thanks to this international collaboration, this picture postcard of Bombay's bustling streets has been featured at several prestigious festivals: having opened International Critics' Week at the Venice Film Festival, the film has been well-received at the 2019 Toronto International Film Festival.

The film started under the best of circumstances, allowing Gitanjali Rao to distinguish herself in an industry still often dominated by men and using Indian animation, rarely used until now to tell committed stories.

The film also benefited from the support of La Fabrique Cinema in 2011. This programme promotes the emergence of young creation from Southern countries on the international market. Find out more about La Fabrique Cinéma programme