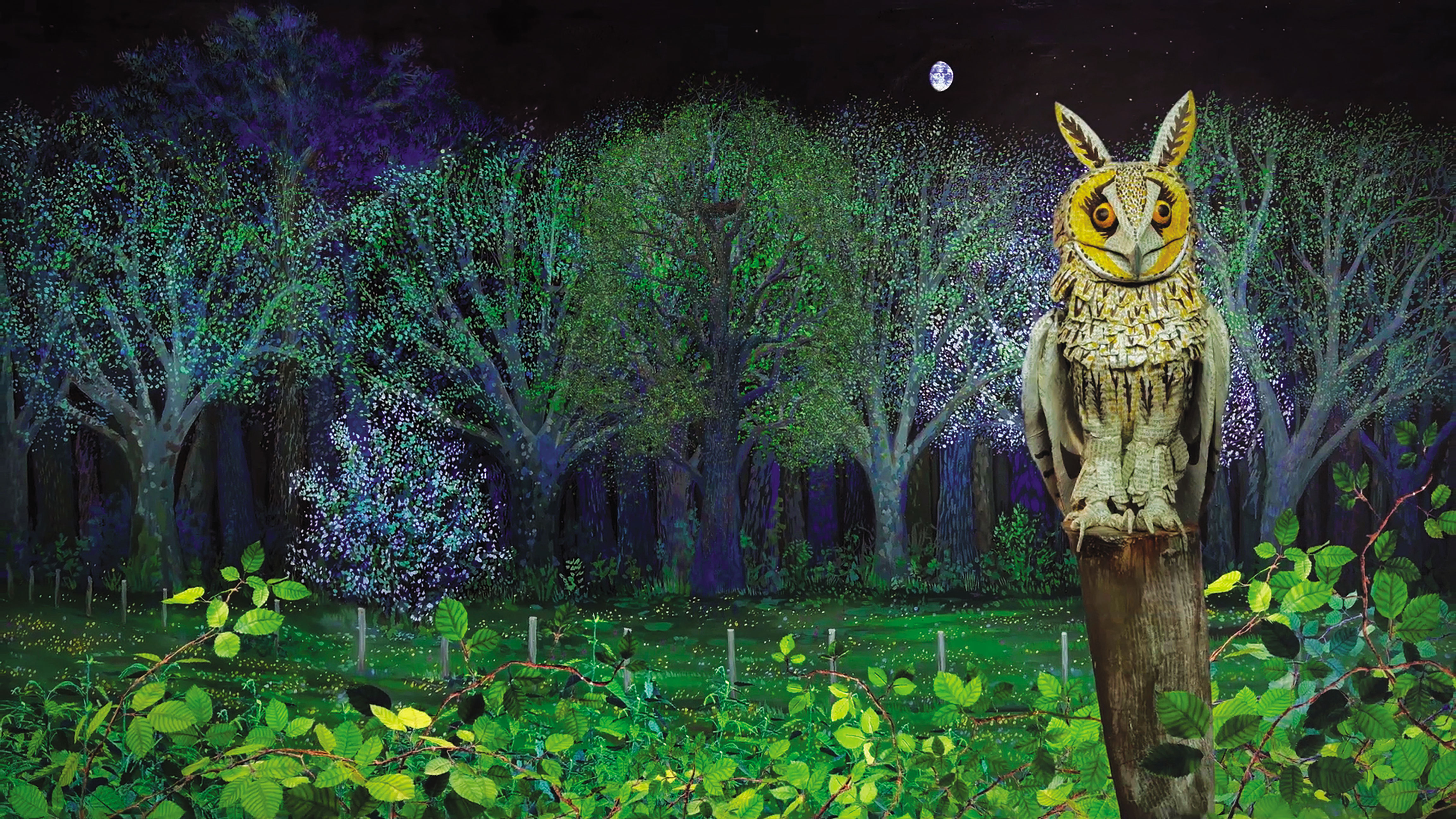 Bonjour le monde ! (Hello World!) is inspired by Anne-Lise Koehler’s sculptures and leads us to explore an amazing biotope. The director and her partner in crime, Éric Serre, tell an enlightening tale through the amused look of ten baby animals, conveyed through poetic animation.

The paths of Anne-Lise Koehler and Éric Serre crossed for the first time in the classes of the Les Gobelins animation school. Then, when the sculptor made the decor for Michel Ocelot’s feature-length animation Kirikou and the Sorceress (1998), she met Éric again who was first assistant director. They each worked with the animation master several times (Azur and Asmar in 2006, Tales of the Night in 2011), immersing themselves in the care he gave to describing radiant nature. After working together again on the documentary Once Upon a Forest (2013) by Luc Jacquet, the duo concentrated on a first feature-length film focussing on the sculptor’s animal universe: Bonjour le monde ! (2019).

In the eddies of a little river, a pike comes into the world. He is surrounded by all sorts of creatures, insects or mammals frolicking to the pace of a changing environment, subjected to the weather’s whims and the changing seasons. Then, it’s the turn of the dragonfly, the fire salamander and a beaver to open their eyes on this little corner of nature. In all, ten animals with feisty characters, whose adventures we follow as they explore the beauty of the world.

Anne-Lise Koehler has been sculpting animals in papier mâché since her studies at the Beaux-Arts. To make them she uses sheets of paper from old volumes from the Pléiade library found in flea markets. Nevertheless it took almost ten years for the project of bringing this unique bestiary to life to become reality. The time to find a suitable technique – stop motion – then to make the 110 puppets staging 76 animal species by hand, but also the many plants needed to make the film.

From the small to the big screen

Bonjour le monde ! was initially developed in 2014 as an animated series of 10 episodes for France Télévisions. That was the format in which it was awarded a first prize at the Annecy International Animated Film Festival (2015): the Cristal for best TV production. In becoming a feature-length film in 2019, the international audience still likes Anne-Lise Koehler and Éric Serre’s project as it is taking part in the Annecy festival again, as well as two other festivals in Ghent then Brussels, before being shown on the big screen in France, Belgium and Spain.