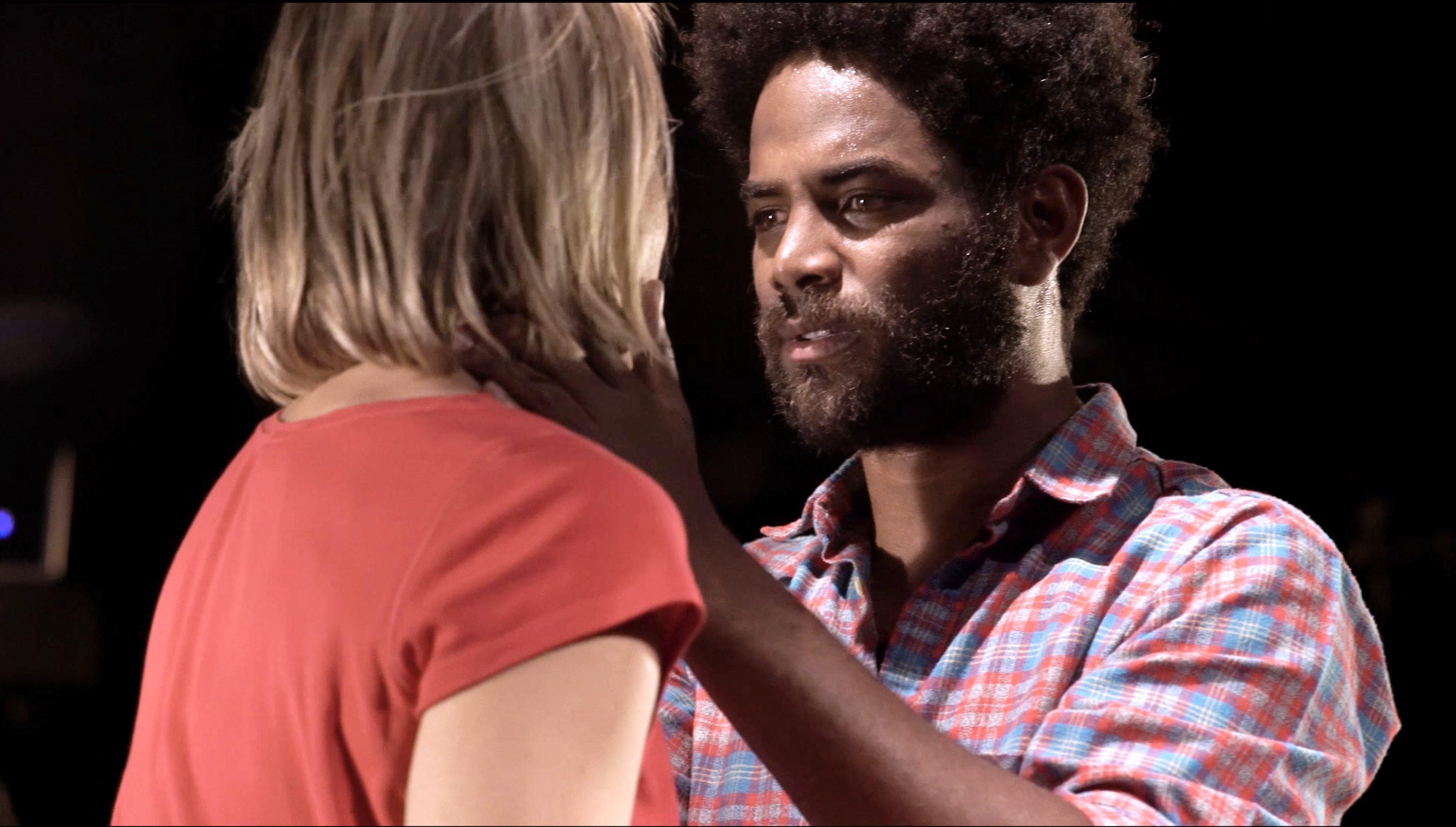 Chasser les fantômes (Chasing Ghosts), a creation for the theatre by the ildi ! eldi collective, tells the path of a mixed race couple. Roxane is white, Marco is black: through their story, the play questions how politics are woven into an intimate relationship.

Within the ildi ! eldi theatre collective, founded in 2008, Sophie Cattani and Antoine Oppenheim move between roles, shake up hierarchies and constantly redistribute tasks. Producer, playwright, actor, technician: they all share a creative process together that is played out on the stage more than anything, where each of them takes it in turn to direct, act, experiment. They take hold of theatre texts that exist already, question them and rewrite them, redo the set-up. And do their best to confuse what’s fiction and what’s reality, all while favouring understated and intimate staging. This is what they applied to create Antoine & Sophie font leur cinéma (Antoine and Sophie Playact) in 2016, a series on film, in collaboration with the author Olivia Rosenthal. More recently, they staged the texts of Michel Vinaver (11 Septembre 2001) and the Russian auteur Ivan Viripaev (OVNI(S)).

A duo takes to the stage

Chasser les fantômes, acted by Sophie Cattani and Nelson-Rafaell Madel, tells the story of a mixed race couple: he is black, she is white. The play goes over the path they have followed, from when they met at Conakry, at the time when Barack Obama won the American presidential election, to their arrival in France. Despite their love for each for each other doubt settles in: Marco is un documented and wants to get married quickly, Roxane is unsure and delays. The play uses monologues to compare two coherent voices, but that remain littered by clichés and prejudices about the other. As such Chasser les fantômes intimately explores the question of knowing whether love can surpass cultural differences.

To create Chasser les fantômes, the ildi ! eldi collective called upon the Guinean author Hakim Bah. The first step of their work was to question Franco-African couples in France and West Africa. These accounts looked at the different stages of a mixed race relationship: meeting, difficulties and daily enjoyment, integration in the other’s family, administrative procedures. Using this material, Hakim Bah wrote fragments that the actors Sophie Cattani and Nelson-Rafaell Madel put to the test on stage, to take them onboard and give the text its final shape. Directed by Antoine Oppenheim, the two actors are accompanied on stage by the musician Damien Ravnich.

The weight of History

Chasser les fantômes is a play that opposes a love story and History. Social issues and politics mingle with the intimate sphere, and the relationship between them becomes the echo chamber between what exists between France and West Africa. “Chasser les fantômes” is also about managing to protect yourself from traumatisms and prejudices, to unravel things which aren’t said and free yourself from cultural constraints to write your own story, in the shadow of the main one.