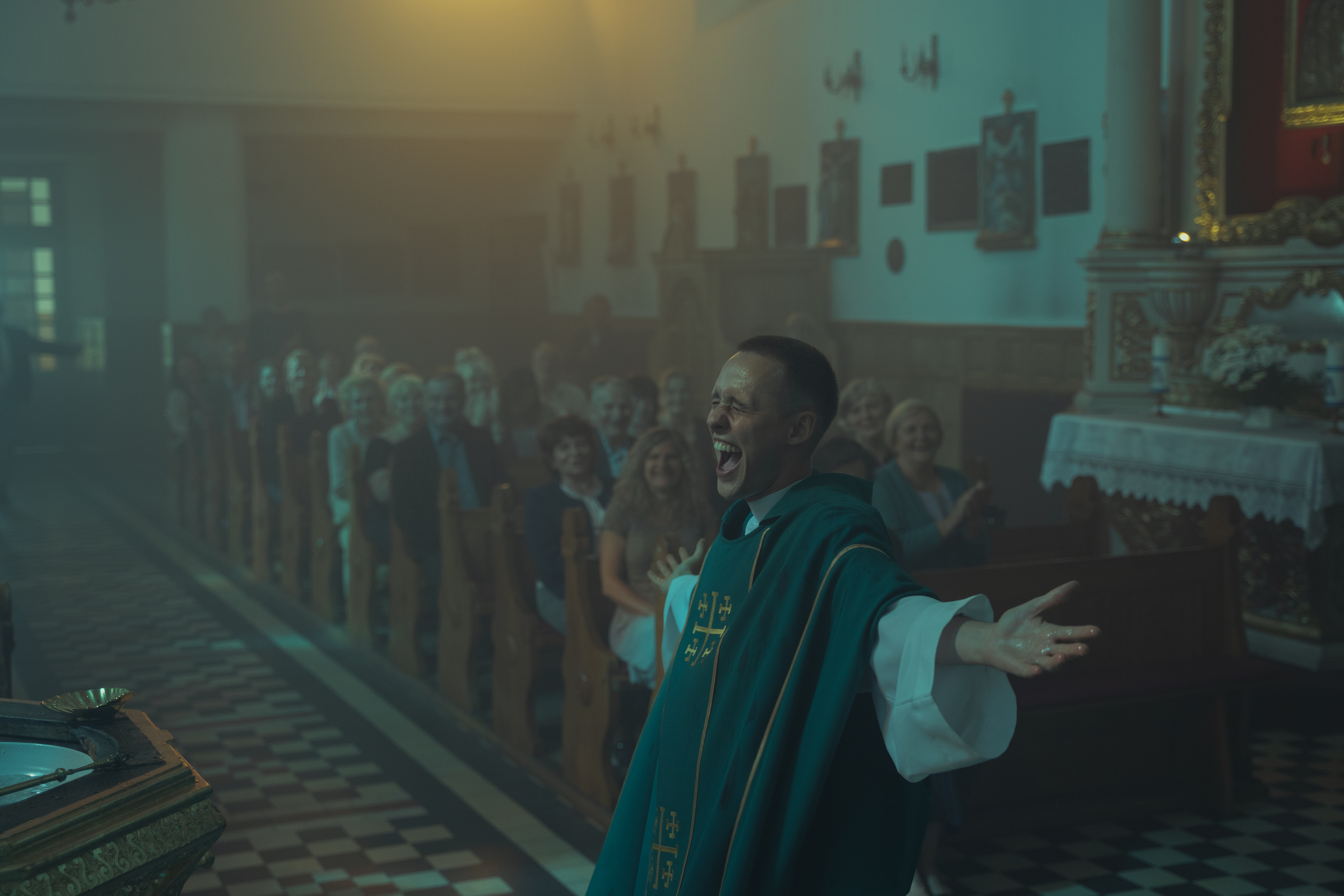 Polish film maker Jan Komasa's fifth feature, Corpus Christi, released in October 2019, follows the well-intentioned deception carried out by Daniel, a 20-year-old former inmate posing as a priest in a small conservative village that he shakes up with his unconventional methods.

Born in 1981 in Poland, Jan Komasa studied film in Łódź from 2001 to 2005. As part of his studies, he produced his first short film, Nice to See You (2003), which centres on  young people in Warsaw and for which he won third place at the Cinéfondation at the Cannes Film Festival in 2004.

In 2007 the director tried out documentary with Rafting, where he followed the journey of a group of drug addicts, then produced a TV series, Wroclaw Golgotha, and his first feature film, Suicide Room, in 2011. In 2014, he filmed a documentary and a fiction film about the 1944 Warsaw insurgency, then worked on two police series.

Corpus Christi marks the director's return to the big screen after a five-year absence from the cinema.

The impersonator with a big heart

As a teenager, Daniel killed. While serving his sentence in a detention centre, the young man discovers a spiritual vocation and yearns for priesthood. Problem: his crime means that the doors of the seminary are closed to him. But that’s the only thing that’s holding him back. Released at 20, Daniel is sent to work in a sawmill in a very conservative isolated village.

There, the penitent pretends to be a priest on holiday and, by different turns of events, takes over the local church. Lacking in dogmatic training but armed with an authentic faith, the improvised "Father" helps and seduces his community, while his subterfuge soon threatens to be revealed.

Poland under the microscope

Mostly filmed in Jaśliska, in south-eastern Poland, Corpus Christi paints a sociological portrait of the country's reclusive towns, whose religion is the only reference point and governs all aspects of everyday life.

The isolation of these "bubbles", as Jan Komasa calls them, is reflected in the loneliness of the characters whose social existence often boils down to church meetings. The film maker uses large, fixed shots that show the town lost amid the surrounding valleys and reinforce that sense of being cut off from the rest of the world.

Thanks to a subtle approach to the subject of religion, a polished aesthetic and a well-balanced sense of humour, the unusual but  inspired by a true story, journey of the false priest of Corpus Christi has won over many audiences.

At the 44th Gdynia Polish Film Festival, the work won the Audience, Screenplay and Directing awards. Internationally, the film was shown at the Venice Film Festival and is up for the 2020 Oscar for Best International Feature Film.

Corpus Christi was supported by the Aide aux cinémas du monde fund in 2018.

This Institut français programme provides support to foreign film-makers for film projects co-produced with France, whether they be feature-length fiction, animated films or creative documentaries. Find out more about the Aide aux cinémas du monde programme