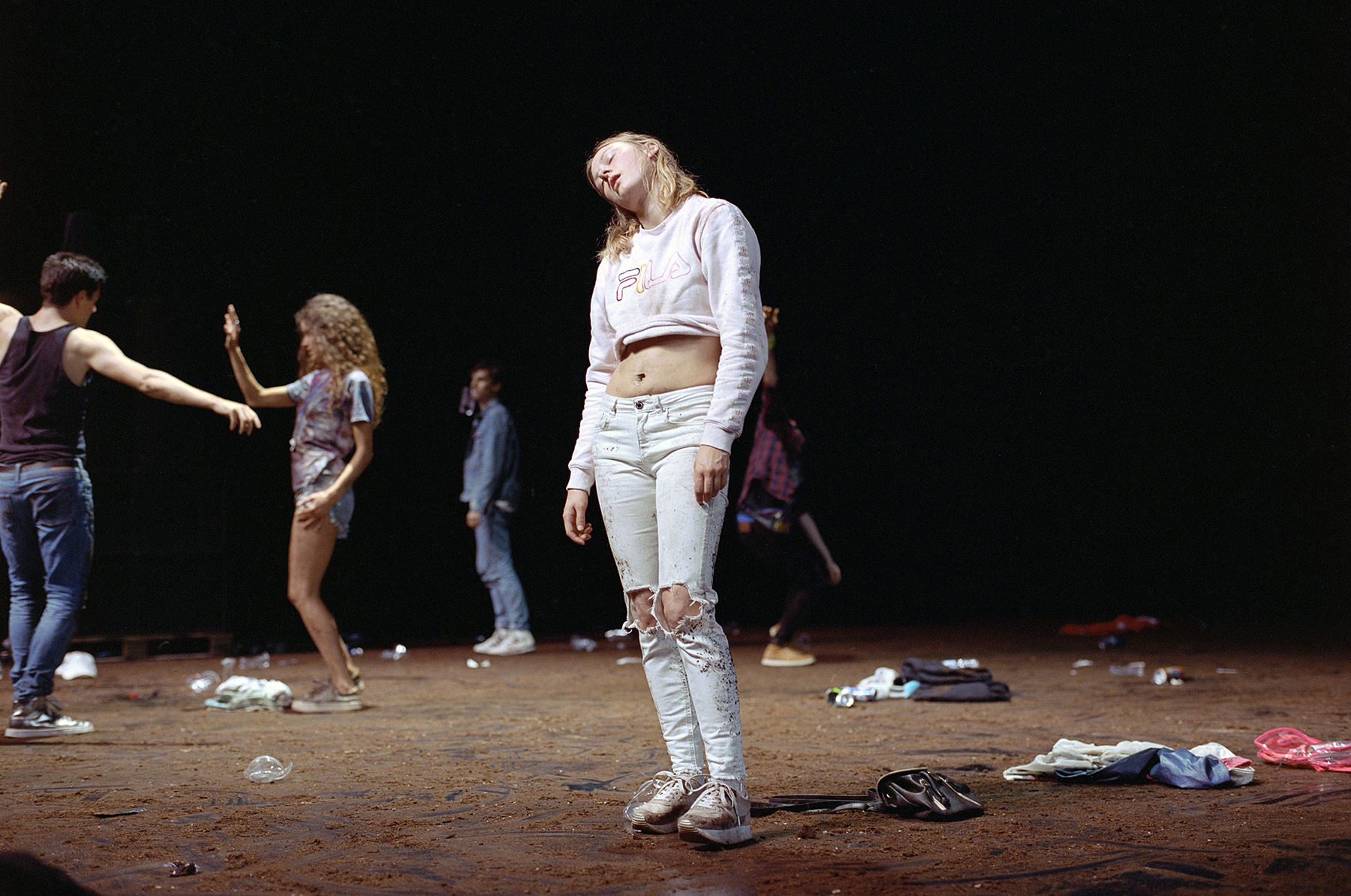 In Crowd, the choreographer Gisèle Vienne stages 15 dancers at the heart of a party distorted by violence. A radical, polyphonic dance show where movement becomes exhilarating and cathartic.

Artist-choreographer, Gisèle Vienne was born in 1976 in Charleville-Mézières. She studied philosophy and music in her home town before enrolling at the École Nationale Supérieure des Arts de la Marionnette (ESNAM). There, she met choreographer Étienne Bideau-Rey. Together, until 2004, they created their first dance pieces, including Showroomdummies (2001) which would become part of the repertoire of the Ballet de Lorraine Centre Chorégraphique National (CCN) twelve years later.

Since then, Gisèle Vienna has continued to work with artists offering distinct qualities: performance artist and writer Dennis Cooper, musicians Peter Rehberg and Stephen O’Malley, and lighting artist Patrick Riou. Her performances feature themes such as art and the sacred, death, and sexual desire; motifs which she often examines in a subversive manner.

A story of violence

A contemporary dance piece, Crowd (2017) invites fifteen or so dancers to an improvised party on stage. Scenes of rites, sacrifices, moments of seduction and extreme violence: together, the group experiences different states.

In the background, the electro soundtrack by Peter Rehberg draws its inspiration from the synth music of the 1990s.

The New Rite of Spring

To write Crowd, Gisèle Vienna revisited the themes that run through the 1913 Russian ballet The Rite of Spring (by Igor Stravinsky and Vaslav Nijinski), such as the heightened expression of violence and desire.

To do this, she put exacting work into each movement. The movements of the dancers are "retouched": they are halting, sometimes performed in slow motion, and often interrupted. Using a vocabulary similar to that of hip-hop, Gisèle Vienne physically transcribes cinematographic effects: cuts, sudden movements and slow motion come to life, becoming gestures.

Crowd was presented at the Singapore International Festival of the Arts/SIFA on 1st and 2nd June 2019. The SIFA is the largest performing arts festival in Singapore, with 200 artists from 15 countries involved in 2018 and more than 5,000 spectators over 17 days. The SIFA also invited Gisèle Vienna to lead master classes and give a public talk.

Gisèle Vienna has also been invited to the Rohm Theater in Kyoto, Japan, to teach Showroomdummies to Japanese dancers in 2020.

Gisèle Vienne’s work Crowd  benefits from the IF Tournée project assistance, which aims to support international tours by companies or artists based in France which feature at least five dates, either in a single country or across a geographical region (Asia, Oceania, North America, Latin America, Europe, Africa and the Middle East).