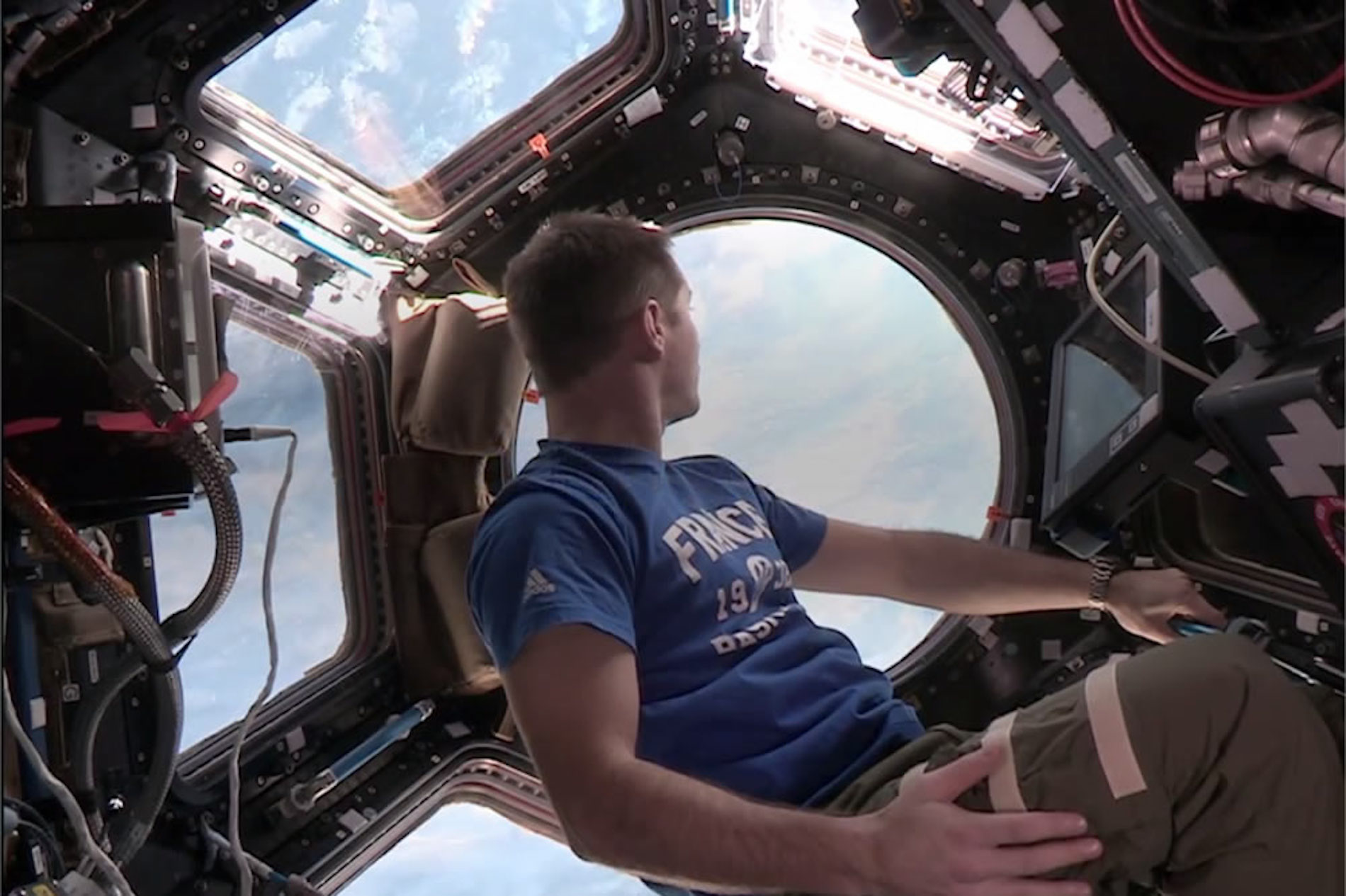 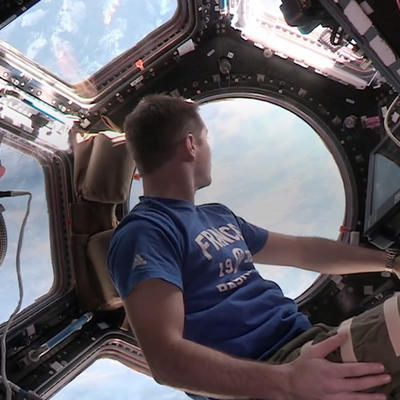 Thanks to cutting edge techniques, Pierre-Emmanuel Le Goff and Jürgen Hansen plunge us into the intense and never seen before preparation Thomas Pesquet undertook to conquer space.

After studying political science, philosophy and German literature, Jürgen Hansen worked as a journalist for German television. After living in Spain at the beginning of the new century, he moved to France where he made a number of documentaries and reports like Zero Gravity: Mission in Space (2016), produced by Pierre-Emmanuel Le Goff, a French director and distributor, also founder of La Vingt-Cinquième Heure (25th Hour). Under the guidance of this production company which explores new narrations, the following year the pair got down to portraying the exceptional day-to-day life of French astronaut Thomas Pesquet in space through several innovative formats, from planetarium-format big screen to virtual reality (VR) via short film.

The daily life of an astronaut

Dans la peau de Thomas Pesquet (2018) is a documentary filmed as a diptyque, first taking an interest in the astronaut’s mental and physical preparation for going into space then his great departure for his space mission which took place in 2016 and 2017. Lasting 15 minutes, each part filmed in virtual reality (VR) allows the setting to be explored 360°, from the NASA training centre to simulations in the centrifuge to his capsule take off and space walk. Through never-seen-before and immersive images, Jürgen Hansen and Pierre-Emmanuel Le Goff show breathtaking images of Thomas Pesquet’s daily life, at each stage of his preparation.

As the film-makers could not go into space with Thomas Pesquet to film this ambitious documentary in virtual reality, they were obliged to have in-depth discussions with the astronaut beforehand to capture the required scenes. The pair trained the cosmonaut in using the different cameras so that he could film himself and follow his crew-mates throughout the mission. Very enthusiastic at the idea of keeping a trace of his time in space, more than anything Thomas Pesquet wanted to take up the technical challenge and take virtual reality into another dimension for the first time.

A brand-new film for the galaxy

Supported by NASA, Dans la peau de Thomas Pesquet was welcomed in various festivals dedicated to VR like the NewImages festival, the Earth Day Film Festival or the 360 Film Festival where it received the jury ‘Coup de Coeur’ prize in 2018. The documentary was also presented the same year in a special showing at the Cannes Film Festival, along with the complementary film 16 Sunrises (2018) which created a buzz around this multi-format space epic.