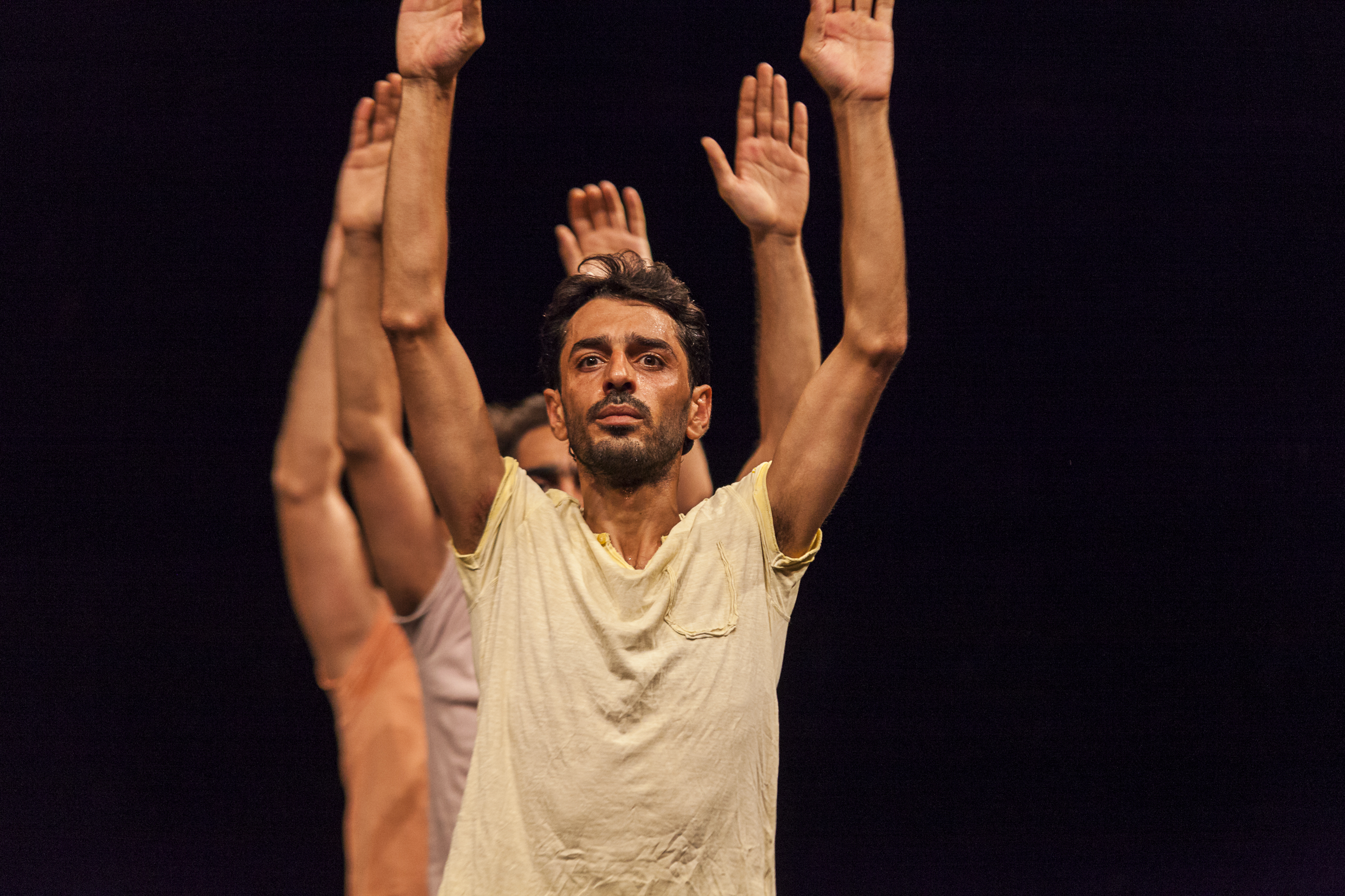 Blending the violence of war with movements from Syrian dances, Mithkail Alzghair uses dance to tell a tale of exile – his own and that of his fellow countrymen.

A refugee choreographer in France

A Syrian contemporary dancer and choreographer born in 1981, Mithkail Alzghair studied at the Higher Institute of Dramatic Art in Damascus before coming to France as a political refugee. He then continued his studies at the Montpellier national choreography centre, from which he graduated in 2013 with a master’s degree in dance, ex.er.ce.

Mithkail Alzghair’s oeuvre is profoundly shaped by the war in Syria, as are his two short films, I Am in Homs (2013) and Out of Here (2014), where the delicate nature of dance is superimposed over the violence of war. In 2015, he created his first show, Displacement.

Displacement began as a solo created in 2015, before Mithkail Alzghair brought in two other dancers in 2016 as the show evolved into a trio.

Some of the choreographic elements used are clearly based in war: noise from military boots, hands raised in the face of invisible rifles, dancers collapsing, gradually stripped naked, or who move on stage with their hands behind their backs, as if bound.

The rest of the choreography evokes eastern dance-styles, moments of joy set to traditional Syrian music.

Displacement is a reflection on “the urgency of forced travel, escape, waiting before departure, exile”. The choreographer, shaped by his forced exile far from Syria, questions the changes that provoked his departure, the situations that came before it, as well as the arrival in a new country, the adaptations necessary.

Through his show, Mithkail Alzghair seeks to display his vision of Syrian culture: a set of traditions established over a long period of time, yet forced to change abruptly by the conflict-driven exile of Syrians.

Echoing the refugee crisis triggered by the war in Syria that began in 2011, Displacement quickly went on the road.

In 2015 it began a French tour, from Paris (with its première at Le Regard du Cygne Studio) to Marseille.

In 2016, the show travelled around the Mediterranean, from Lebanon to Turkey and Greece. Mithkail Alzghair then presented his show across the rest of Europe, from Faro (Portugal) to Malmö (Sweden), then in the United States (The Invisible Dog Studio in Brooklyn, January 2018). 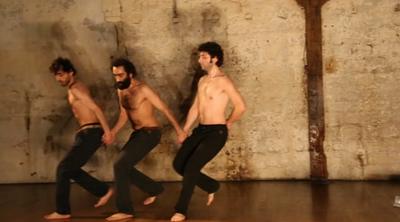 Presented to foreign programmers during the Dance and Music programme organised by the Institut français in Paris in 2017, Displacement (“Déplacement”) toured the United States (Cincinnati and New York) and Brazil (Saő Paulo) in 2018.