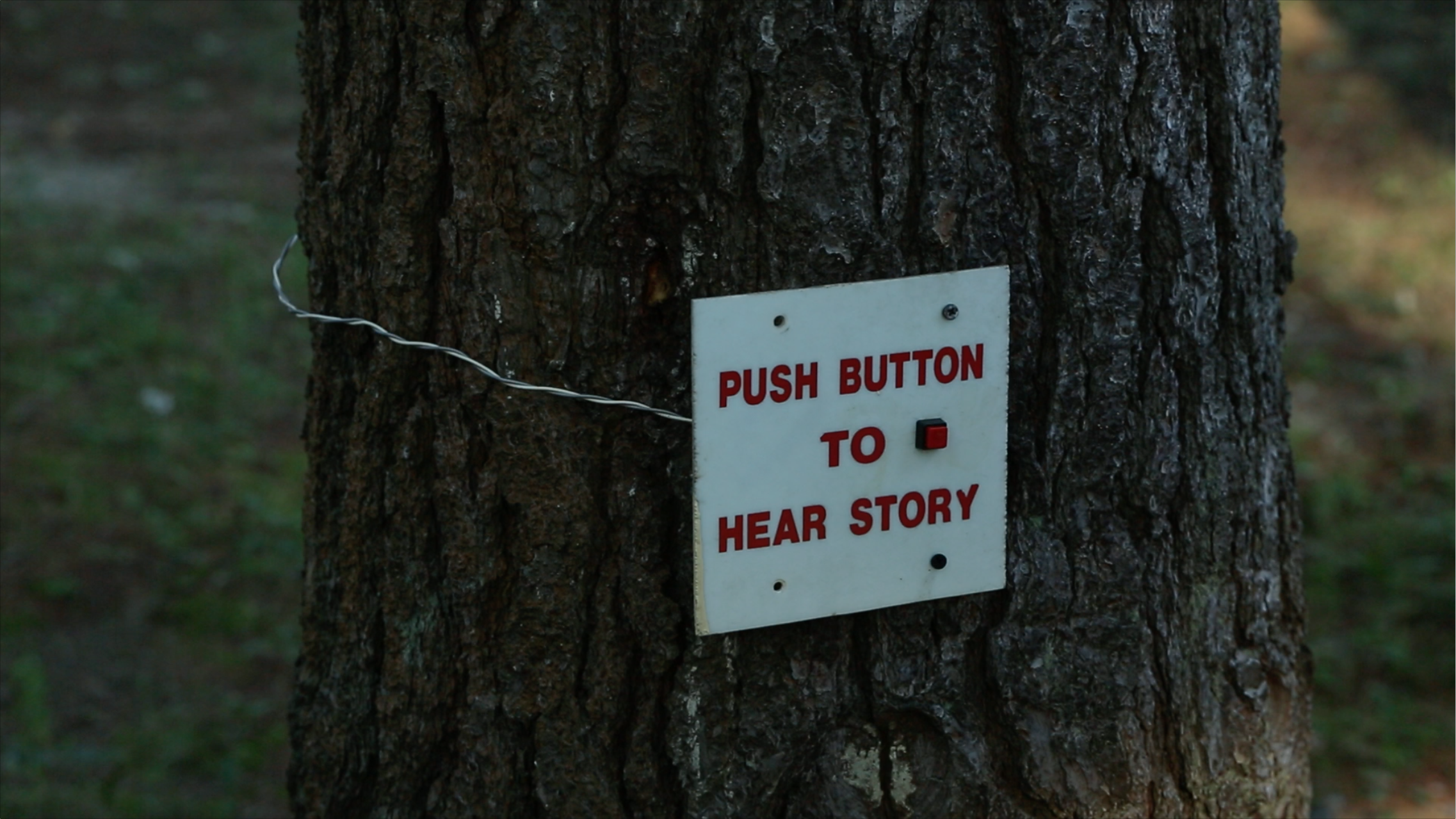 From sculptor to videographer

Born in 1988, Camille Grosperrin initially studied fashion at the Duperré School of Applied Arts in Paris, as well as earth-works and enamel at the School of Decorative Arts in Strasbourg. While developing the photos of one of her installations, she found the images more powerful than the installation itself and chose to display this series of photographs, entitled Ghosts, for her final project in 2012.

Camille Grosperrin now focuses on creating photo and video projects. Although she continues to create objects today, it is always with the intent of using them in her videos.

Diving Horses (2018) explores the unusual subject of the “Diving Horses” who leapt, with their riders, into pools from ramps sometimes as much as 20 metres high. They were a very popular American attraction in the 1930s.

Although the start of the 90-minute film gives the impression that Diving Horses is a documentary, what comes next plunges the viewer into a fictional tale thanks to the characters who surround Lightning, the last Diving Horse still performing at Magic Forest Park, New York: a former rock star, an old man who survived a kidnapping, a bear-hunting Titanic fan... all of whom are working keep the show going for as long as possible.

Camille Grosperrin discovered the existence of Diving Horses by chance through an archived photograph, which called out to her thanks to the unusual scene showing a horse hanging in the void. When she learned that just one of these diving horses still exists, she decided to make a film on the subject.

She then contacted the Magic Forest amusement park, which welcomed her for six weeks during the summer of 2016. The film is marked by the nostalgia of those who perpetuate the tradition of the Diving Horses, which will come to an end with Lightning, due to pressure from animal welfare associations.

Diving Horses echoes the rest of Camille Grosperrin's work, where she explores the relationship between man and animal, as in The Pale Horse (2014), a short film based on the account of a man brought home by his horse after a drunken night out.

Camille Grosperrin, in her work around humans and animals, has chosen topics that led her to film several of her projects abroad.

After creating Madi Showing the Magic Sings (2015) in Ouagadougou (Burkina Faso), Camille Grosperrin filmed Another Love Story (2014) in Spain, at a shelter for an ancient breed of greyhound– a project inspired by the myth of Hercules and Tyros, and his dog, which stained its tongue red by biting a seashell.

The artist’s research for Diving Horses was exhibited in December 2016 and January 2017 at the Simultania gallery in Strasbourg. At the end of this exhibition, Camille Grosperrin presented a working version (40 minutes long) of Diving Horses.

Diving Horses was supported by the Institut français in partnership with Strasbourg Grand Est.