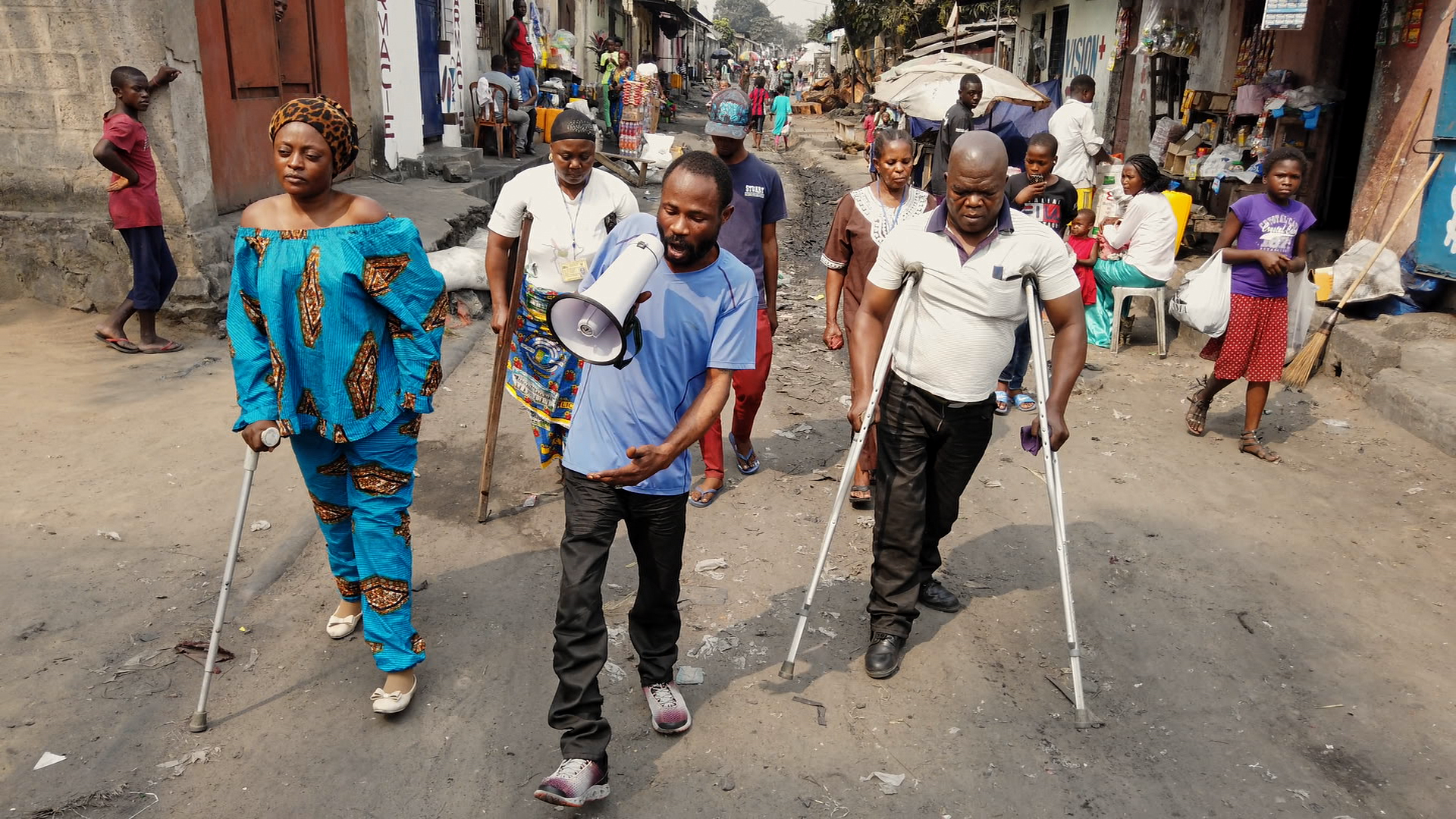 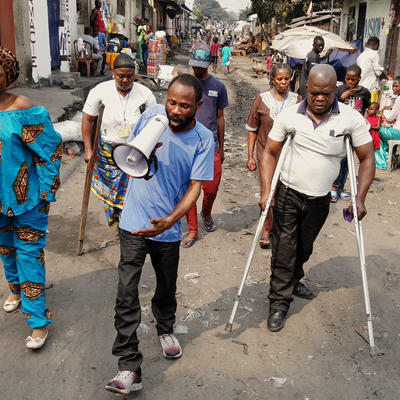 Downstream to Kinshasa, by Dieudo Hamadi

Downstream to Kinshasa, the new film by Congolese documentary filmmaker Dieudo Hamadi, follows a group of war victims on their journey along the Congo River.

Cinema of the real

Born in Kisangani in the Democratic Republic of Congo, Dieudo Hamadi initially studied medicine before training in documentary film, first in Kinshasa, then at FEMIS in Paris. His first documentary, the short film Dames en attente (2009), soon drew attention at several international festivals. This was the start of a series of feature-length documentaries devoted to specifically Congolese social issues. Atalaku (2013) focuses on the organisation of elections in Kinshasa and Examen d'État (2014) on the Congolese school system. Maman Colonelle (2017), the first African film to win the Grand Prix du Cinéma du Réel, focuses on the figure of Maman Honorine, a police colonel specialising in victims of sexual violence.

In the heart of darkness

Downstream to Kinshasa tells the story of a group of victims of the Six Day War (2000) who decide to travel to Kinshasa to demand reparations from the central government. The Six-Day War between Rwandan and Ugandan soldiers on Congolese territory devastated the city of Kisangani, leaving thousands of civilians dead and injured. Twenty years later, the war is all but forgotten: this is why a dozen victims of this conflict, most of them permanently disabled, decided to form an association to assert their rights. Their new objective takes the form of a quest that Dieudo Hamadi immortalises with his camera: to travel from Kinshasa and follow the meanders of the Congo back to the capital to demand reparations.

Between hope and disillusionment

To gain the trust of the group's members, director Dieudo Hamadi first had to immerse himself in their daily lives in Kisangani. This resulted in the memorable sequence that opens the film, taken from a theatrical performance organised by the association. The documentary filmmaker also followed the group during their interminable and unpredictable boat trip along the Congo River, at the mercy of the elements, accidents and rackets. Their arrival in Kinshasa only brings disillusionment: the population seem indifferent and the authorities inaccessible. In this context, the camera gradually moves away from its subjects to portray this relative failure, which nevertheless leads to new challenges.

Downstream to Kinshasa is Dieudo Hamadi's first film to be released in cinemas. Selected for the Cannes Film Festival, it has already won several awards: Amiens International Film Festival, the Golden Dove at DOK Leipzig and the Grand Jury Prize at Les Révoltés du monde festival. Since the documentary was filmed, things are slowly beginning to change for the members of the Association of Victims of the Six Day War, with the payment of a first round of compensation by the Congolese State. 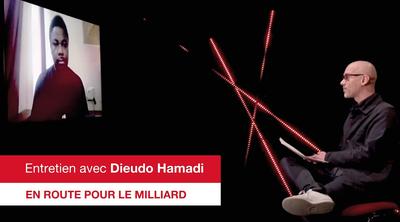 Downstream to Kinshasa was supported by the Aide aux cinémas du monde fund. This Institut français programme provides support to foreign film-makers for film projects co-produced with France, whether they be feature-length fiction, animated films or creative documentaries.